Figures released today by the Society of Motor Manufacturers and Traders (SMMT) show a steady 2.4% growth in the UK new car market, accompanied by a strong surge in demand for ultra-low emission vehicles (ULEVs).

11,842 ULEVs were registered between January and May – a four-fold rise on the 2,838 registrations in the same period last year. The growth is further evidence of UK car buyers’ increasing awareness of the significant benefits of driving a ULEV, as they look to reduce their running costs and environmental impact. Motorists can now choose from a diverse range of around 20 ULEVs, compared to just six in 2011.

The rise in overall new car registrations, meanwhile, marks the 39th consecutive month of growth in the market. More than one million cars have been registered in 2015 as a range of new products and attractive finance deals with low interest rates continue to draw buyers to showrooms. With many purchases on a three-year replacement cycle, new cars bought as the recession ended are now being replaced.

Mike Hawes, SMMT Chief Executive, said, “The remarkable growth in demand for plug in vehicles is expected to continue as the range of ultra-low emission vehicles on sale increases. Meanwhile, we anticipate a natural levelling out of the overall new car market throughout the remainder of 2015.” 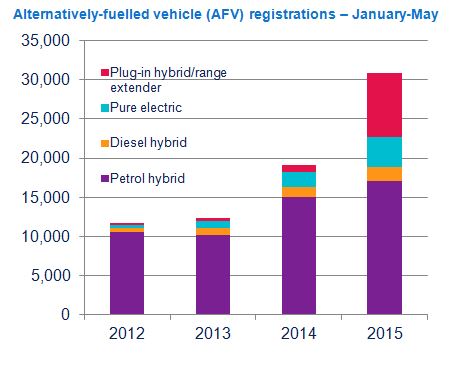 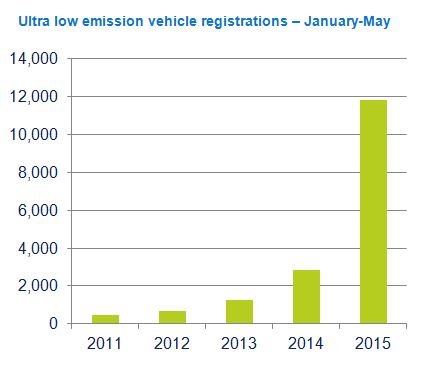 *An ultra-low emission vehicle (ULEV) is a vehicle which produces 75g or less of CO2 per kilometre from the tailpipe. Currently all ULEVs are plug-in vehicles. 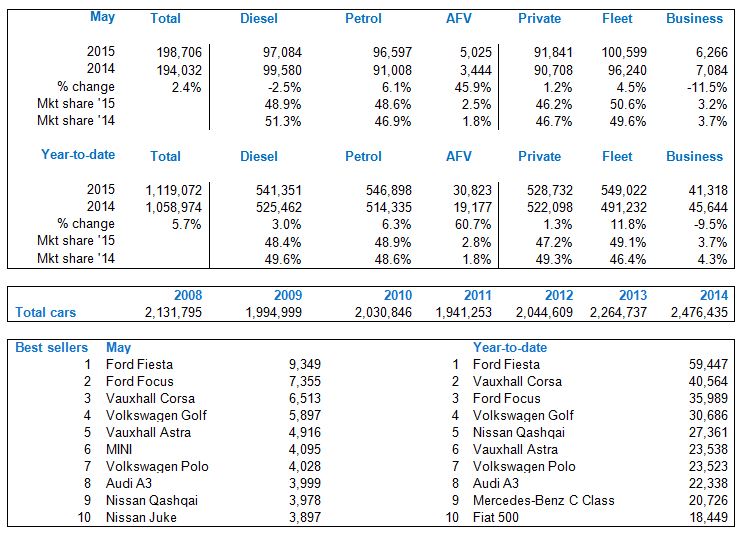 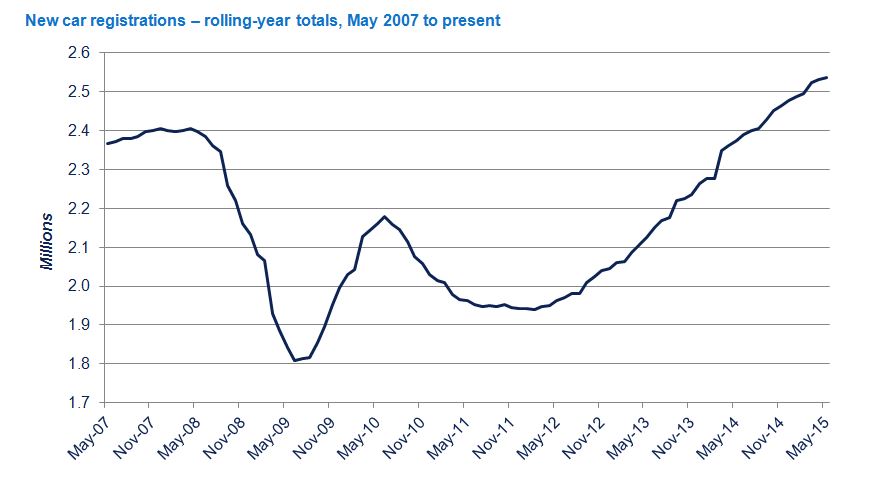