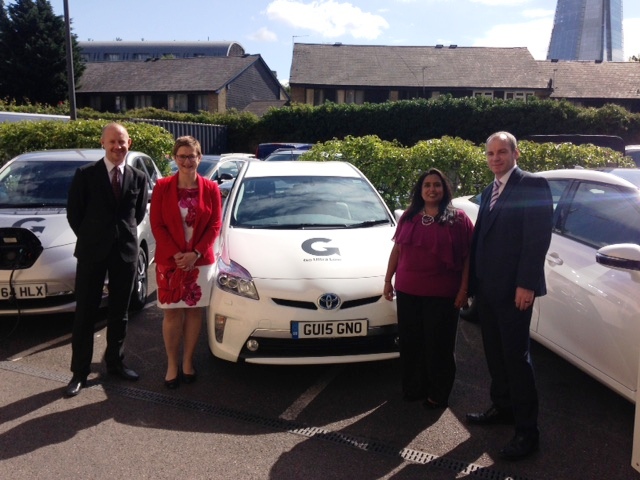 The Mayor of London has set out his vision for plans to position London as Europe’s leading city for ultra-low emission vehicles (ULEVs) with a detailed plan to accelerate the uptake of these vehicles in the capital.

The plan includes a new £65 million grant for zero-emission capable London taxis, as well as decommissioning grants for taxis more than 10 years old.

There will also be a significant expansion of charging networks across London, with 150 new rapid charge points to be installed by 2018 to support these new vehicles. The Mayor also announced a maintained commitment to the ULEV congestion charge discount, improving its standards as vehicles become ever-more efficient.

London is home to the world’s largest electric bus fleet, set to expand with the addition of two new all-electric routes and Transport for London due to have 300 zero-emission single-deck buses on the streets by 2020. The London Fire Brigade has followed suit with a £600,000 investment to replace 57 of its fleet’s vehicles with range extender and hybrid electric equivalents by 2016. In a bid to encourage the uptake of ULEVs across road transport sectors, the Mayor will launched a Low Emission Commercial Vehicle programme in 2015 to develop refuelling infrastructure and accelerate low emission CV use. The plans also include support for the car club industry, with the aim of converting 50% of its fleet to ULEVs over the next 10 years.

London’s Deputy Mayor for Transport, Isabel Dedring, said, “London has real potential to become the ultra-low emission vehicle capital of Europe. We already have the world’s largest green bus fleet and now we can welcome London Fire Brigade’s commitment to electric vehicles. There is also a great opportunity for the capital’s fleet of commercial and private vehicles to step forward and help to deliver our ambition for London to be a world leader in green vehicle technology. It will help us meet London’s air quality challenge and provide economic benefits right across the UK – as shown by the Mayor’s commitment to zero emission taxis which led to a £300million investment, creating 2,000 jobs and two factories in Coventry.”

The ULEV delivery plan was launched at an event showcasing the latest ULEVs from manufacturers involved in the Go Ultra Low campaign. Hetal Shah, Head of Go Ultra Low, said, “London already leads the way with plug-in car registrations growing 203% this year. The planned infrastructure improvements will give even more Londoners the opportunity to save money and help improve local air quality. What’s more, by deploying 1,000 ULEVs in its fleets the Greater London Authority is leading by example to local fleet operators looking to significantly reduce emissions and running costs.”

Demand for ULEVs in the UK is growing strongly, with a four-fold increase in registrations so far this year. Automotive manufacturers have invested hugely into reducing vehicle emissions across all technologies with great success – NOX emissions have fallen 81% since 1990 and UK average new car CO2 emissions are 4.2% below the EU’s targets – and manufacturers continue to work tirelessly to improve these figures yet further. Click through to read more about improvements in air quality.