Figures released today by the Society of Motor Manufacturers and Traders (SMMT) show that registrations of new cars in the UK grew 7.0% in the first half of 2015 to the highest half-year total on record.

1,376,889 cars were registered between January and June – higher than the previous record of 1,376,565 in the same period in 2004. Buyers’ appetite for British-built cars is on the increase, meanwhile, with 13.9% (around one in six) choosing a UK-manufactured vehicle so far this year – the highest level in five years.

June marked the 40th consecutive month of growth in the market with a 12.9% increase in the month to 257,817 units. A significant feature of recent months has been a strong surge in demand for alternatively fuelled vehicles, and this was once again the case in June with volumes rising 70.9%. Fleet registrations continue to drive the growth, although registrations to private customers remain strong.

Mike Hawes, SMMT Chief Executive, said, “It is still a great time to buy a new car in the UK, and it is encouraging to see more consumers choosing British models. This is important for the wider economy with 799,000 people now employed across the UK automotive sector, including retail. We anticipate a flatter second half of the year as the market finds its natural running rate.” 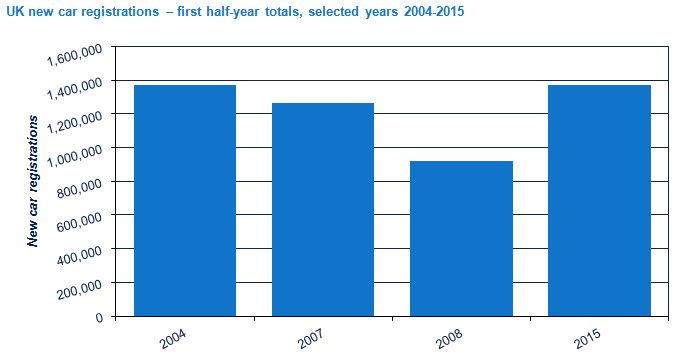 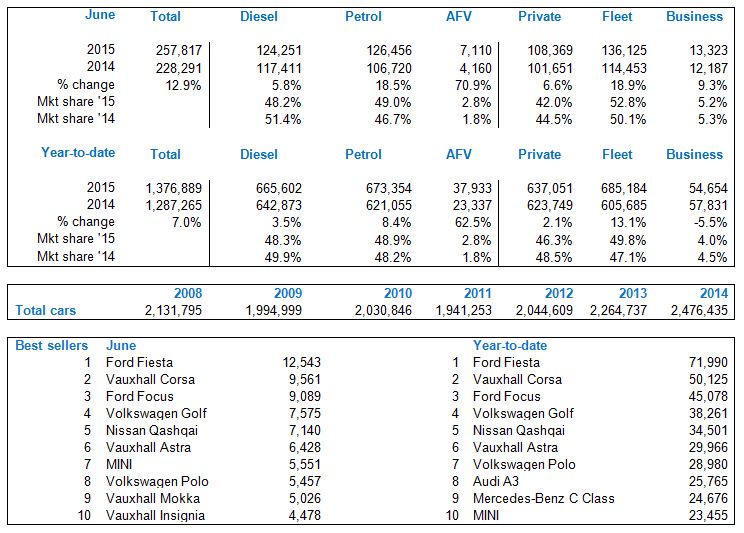