New car registrations saw steady growth in July, according to the latest figures from the Society of Motor Manufacturers and Traders (SMMT). 178,420 cars were registered – an uplift of 3.2% on the same month last year – while registrations in 2015 so far have risen 6.5% to surpass 1.5 million.

The UK new car market has seen consistent, strong growth since early 2012, with July marking the 41st consecutive month of increases thanks to prevailing economic confidence combined with low interest rates and attractive finance deals. While the first six months of 2015 represented an all-time record high for registrations, the more modest increase in July is suggestive of a more stable second half of the year as demand levels.

The top-selling segments so far this year have been Supermini, Lower Medium (small family cars) and Dual Purpose (SUVs and crossovers). Volume growth in all three segments reflects a shift in buying habits over the past decade, with the Supermini and Dual Purpose segments enjoying the biggest gains.

In particular, demand for Superminis has grown 22.7% since 2005 – a result of consumers downsizing to smaller cars that offer significantly improved refinement, comfort and specification than their equivalents a decade ago. The market for Dual Purpose vehicles, meanwhile, has seen a staggering 88.5% leap over the past decade as manufacturers have introduced new models to cater for buyers seeking more versatility.

Mike Hawes, SMMT Chief Executive, said, “While more moderate than in recent months, July’s rise in new car registrations is good news, and indicative of what we expect for the remainder of 2015. With demand having reached a record high in the first half of the year, we anticipate more stable growth in the coming months.” 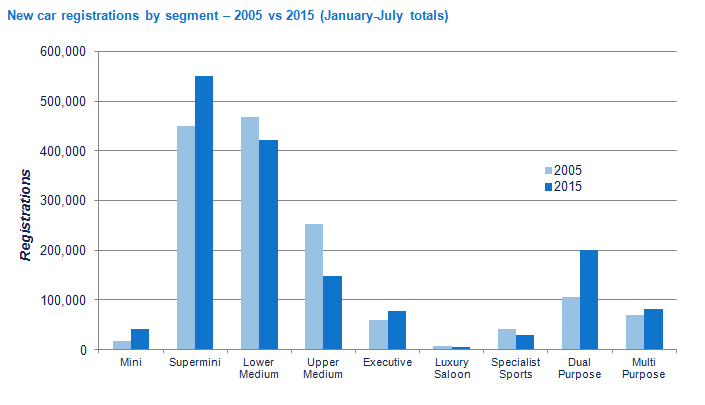 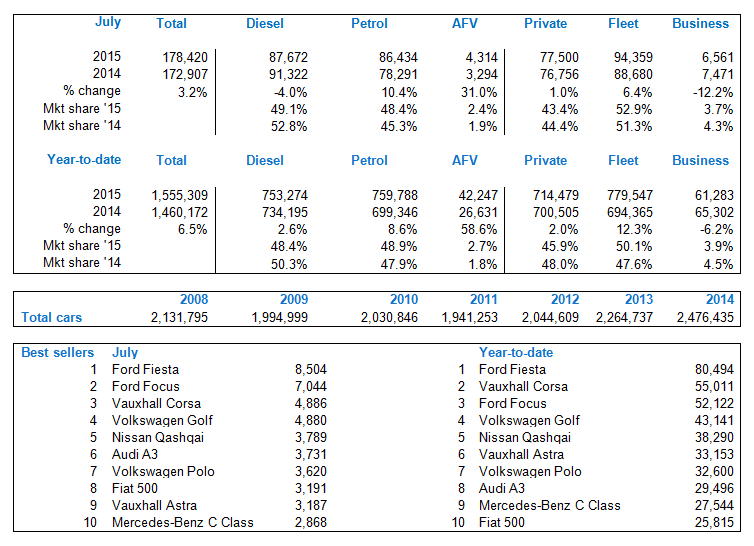 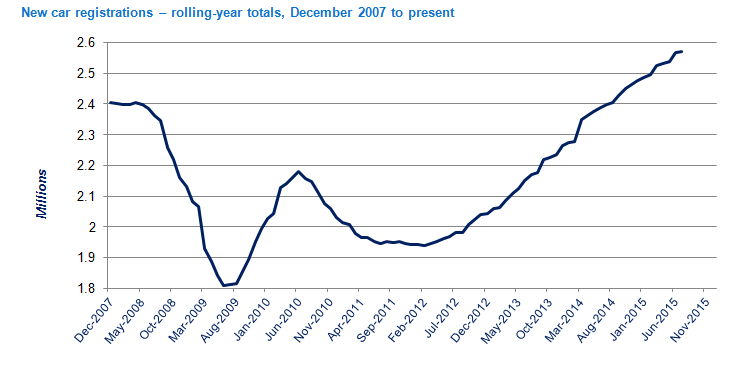