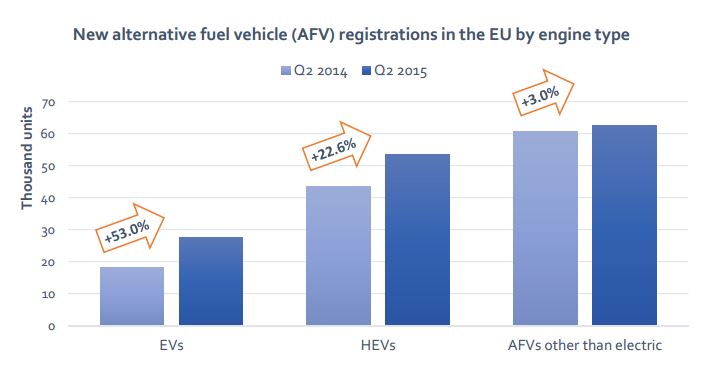 Alternatively fuelled vehicle (AFV) registrations rose by 17.4% across Europe in the second quarter of 2015, according to the European Automobile Manufacturers Association (ACEA). Demand for AFVs in the UK surged 62.4% – the biggest increase seen in any of the EU’s major markets over the period.

Significant growth was also seen in both France and Spain, where AFV registrations rose 59.7% and 58% respectively, while heightened demand in EFTA (European Free Trade Association) countries was largely driven by Norway where an impressive 77% of the 11,614 vehicles registered were electrically powered. 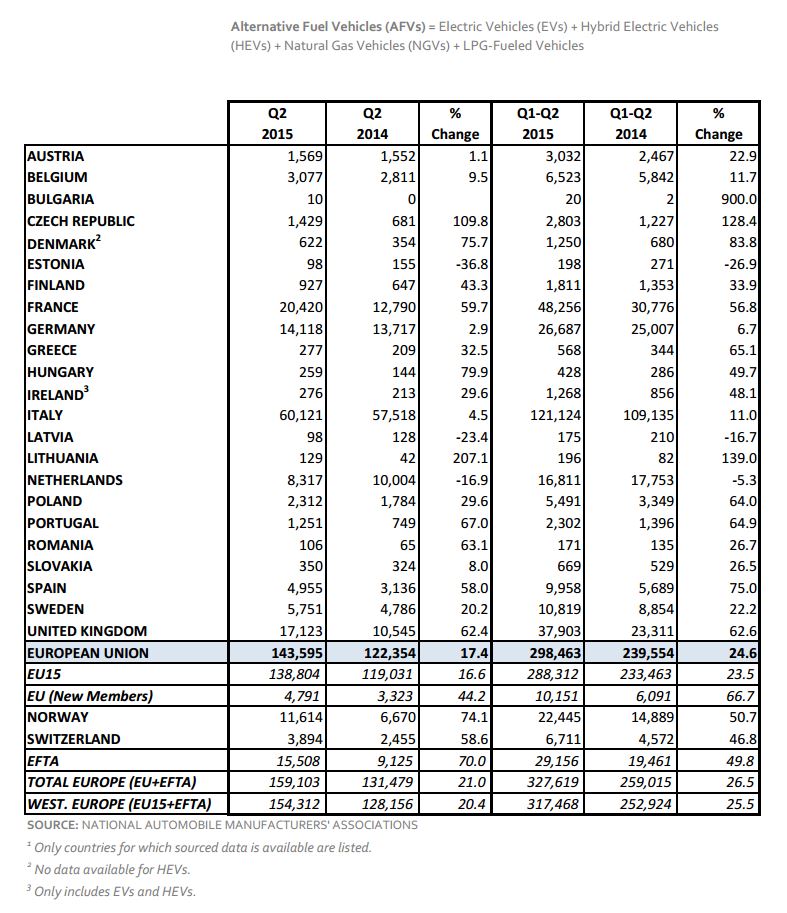