Year-to-date demand for AFVs up 19.8% in Europe 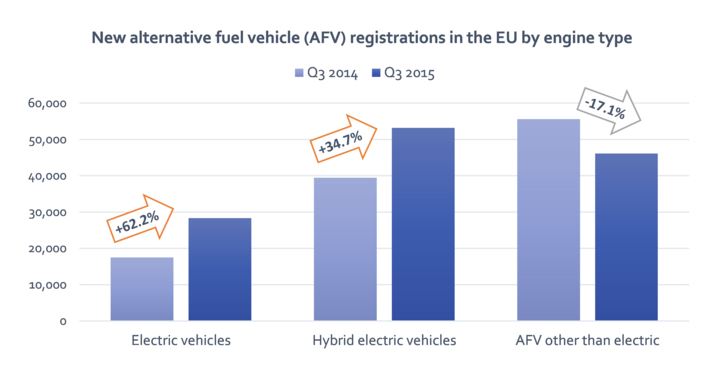 ACEA, the European Automobile Manufacturers’ Association, has published its figures on alternatively-fuelled vehicle (AFV) registrations to September, which show an increase in demand for the ninth consecutive month. In the third quarter of 2015, total AFV registrations in the EU grew 13.4%, reaching 127,661 units.

Demand for AFVs in the UK is also growing fast with registrations increasing by 26.4% over the third quarter. It was reported that, as in France and the Netherlands, the growth was driven wholly by registrations of electric and hybrid electric vehicles.

In the first half of 2015, demand for AFVs in Britain made it the fastest growing of all the EU’s major markets. 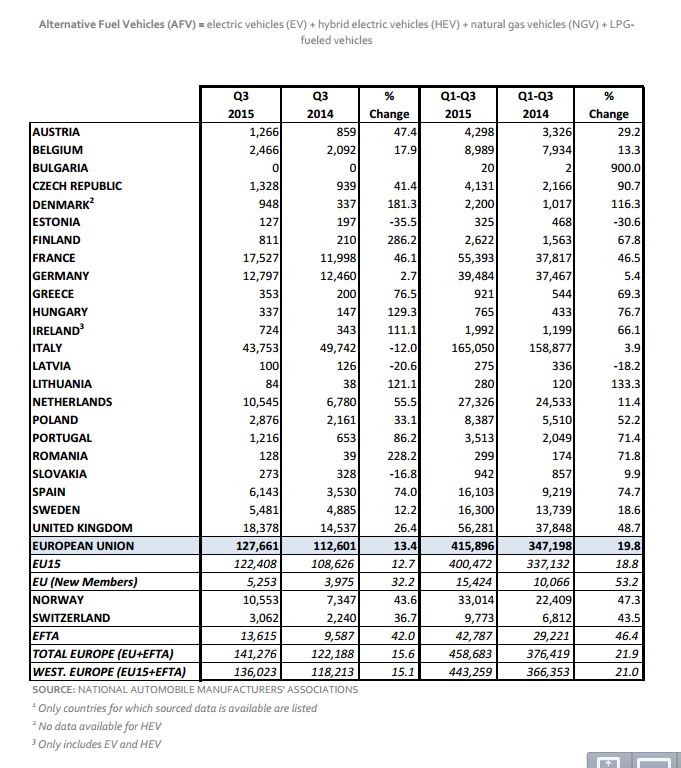