Following October’s decline – the first in 44 months – registrations of new cars in the UK returned to growth in November, according to figures released today by The Society of Motor Manufacturers and Traders (SMMT).

Demand for both petrol and diesel models remains robust with respective gains of 3.8% and 3.6%, while the popularity of alternatively fuelled vehicles continues to grow with an 8.6% uplift. Registrations to fleet buyers (up 8.7%) increased ahead of those to private customers (up 2%), continuing a trend that has been evident for several months.

Mike Hawes, SMMT Chief Executive, said, “November’s figures come as a reminder of the strength of the UK car market, as low interest rates and competitive finance deals continue to attract consumers to new car ownership. We have been expecting a levelling-off in demand for some time now – a development that is being realised following an unprecedented three-and-a-half years of non-stop growth.” 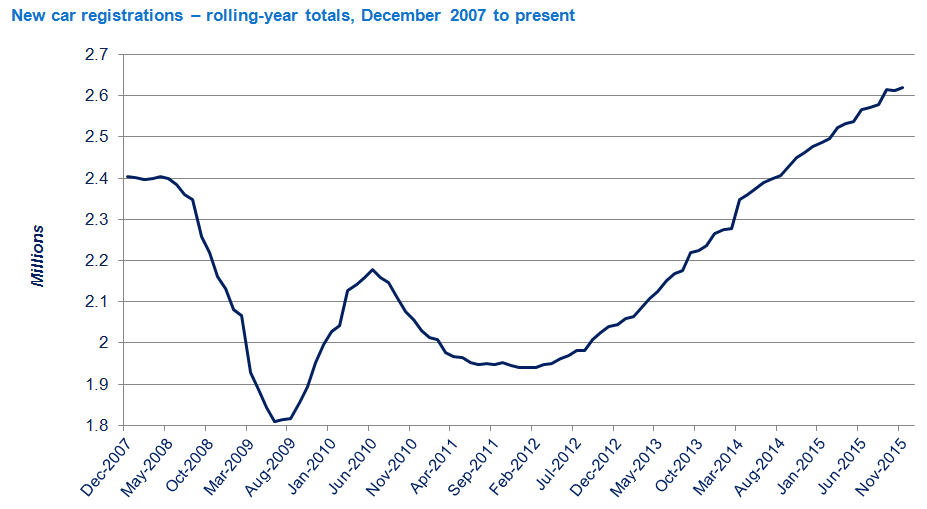 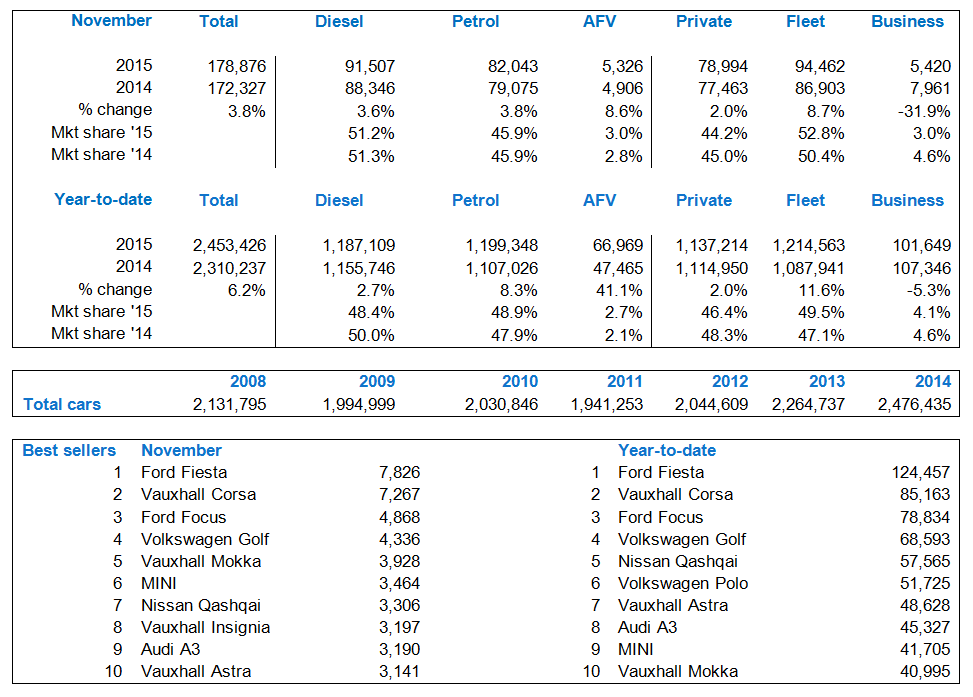