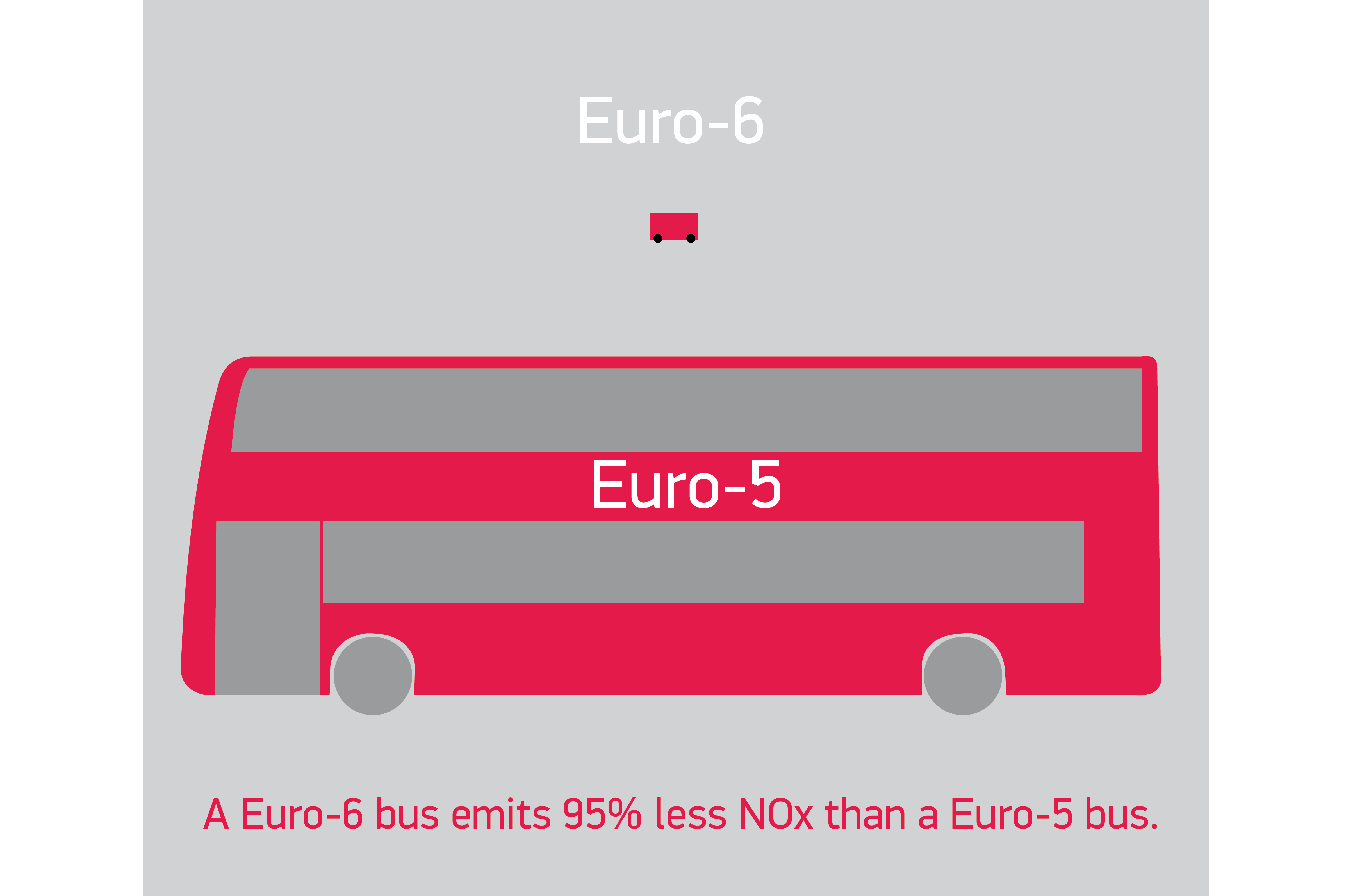 More than half (53.5%) of all new buses and coaches registered in 2015 met the latest Euro-VI emissions standard, marking a threefold increase compared with 2014, according to data released today by the Society of Motor Manufacturers and Traders (SMMT).

The boost in demand comes as the regulatory period of grace which has allowed operators to specify older technologies for their fleets is due to end. As a result, this modern clean vehicle technology is now being widely adopted across the UK.

Operators in Glasgow and Birmingham renewed the largest proportion of their fleets with Euro-VI vehicles, with more than four out of every five new buses and coaches registered in these cities meeting the standard. Meanwhile, in London, which has the biggest fleet in the country, just over half of new vehicles featured Euro-VI technology.

The UK’s 88,638 buses and coaches1 deliver 5.2 billion passenger journeys across 18.1 billion miles each year,2 and adoption of the latest low emission vehicles is an essential part of integrated effort to improve air quality in Britain’s towns and cities.

Mike Hawes, SMMT Chief Executive, said, “Industry has invested billions of pounds in advanced vehicle technology that delivers real results so it is encouraging to see this rapid uptake of Euro-VI in the UK. The UK automotive sector remains committed to working alongside operators, government and local councils to encourage widespread adoption of the latest vehicles that will help dramatically improve the air quality in our towns and cities.”

Euro-VI vehicles have the potential to deliver significant improvements to air quality, with advanced technology that captures 99% of soot particulates and drastically reduces emissions of Nitrogen Oxides (NOx). Real world testing of Euro-VI buses carried out by Transport for London (TfL) on the 159 London Bus route shows a staggering 95% decrease in NOx emissions compared with their previous generation Euro-V counterparts.