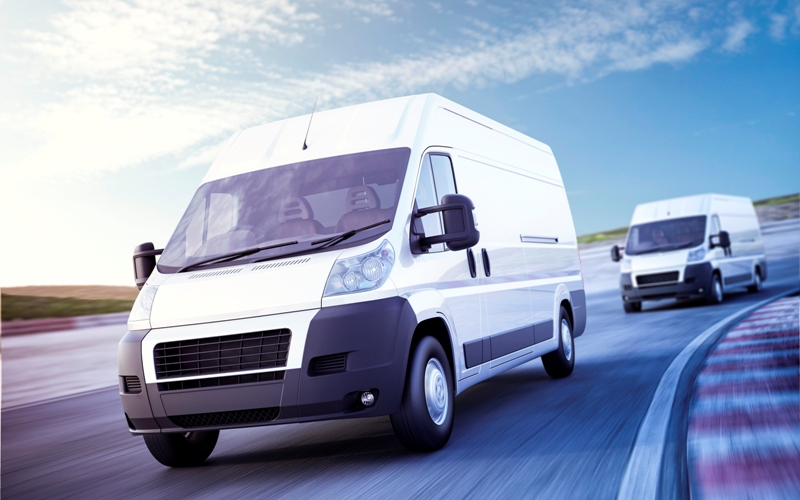 Tuesday 26 April, 2016 New figures released today show the number of vans on Britain’s roads has hit an all time high of 4 million. According to Motorparc data from the Society of Motor Manufacturers and Traders (SMMT), a total of 4,007,331 vans are in use on UK roads, a 4.3% increase since the previous year.

Demand for new vans in the UK is now at record levels: registrations grew 1.2% in the first quarter of 2016, following a bumper 2015 which saw more than 370,000 units registered. Sustained business confidence and the continuing surge in demand for online deliveries have been key to stimulating this growth, and vans now cover around 45 billion miles across the UK each year. 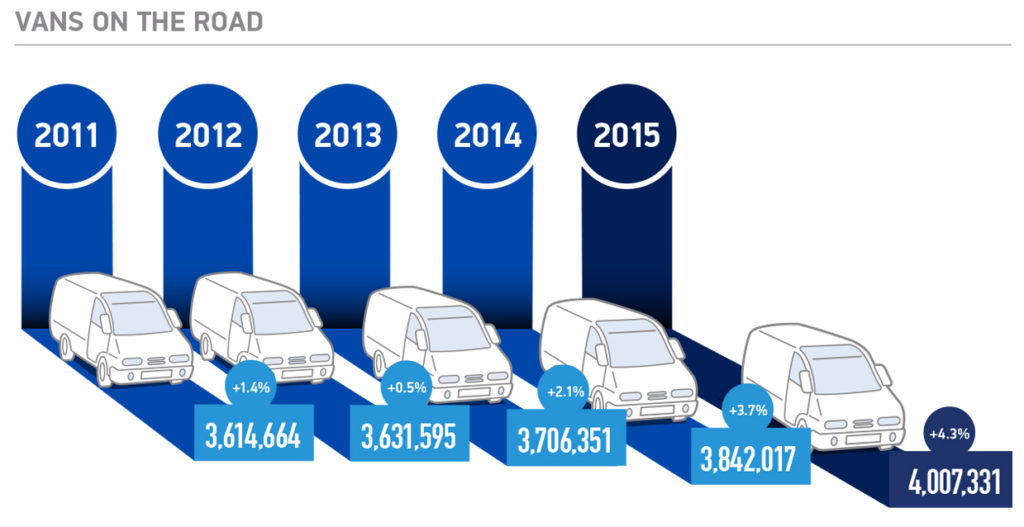 A record number of new vehicle models will be launched at this year’s CV Show at Birmingham’s NEC – including several global debuts – as manufacturers meet higher demand for vans and pickups across the UK and Europe. More than 460 exhibitors are set to display the latest products and technologies available across the entire sector, from van and truck manufacturers to supply and aftermarket companies and service providers.

Mike Hawes, SMMT Chief Executive, said, “Commercial vehicles have never been more important to the British economy, transporting vital goods and services using the latest low emission technology. The CV Show will demonstrate the huge progress that the whole industry continues to make, with a wealth of new products on display from manufacturers, suppliers, aftermarket companies and service providers.”

The new figures – and the number of new products on display at the Show – underline the importance of the commercial vehicle sector which contributes £11 billion annually to the UK economy. CVs cover 61 billion miles each year in the UK, with vans account 45 billion of these – an all-time high. Almost 3,000 tonnes of goods are moved by road every minute – three times more than by water and rail combined.3

The increasing uptake of new vans is good news for the environment, too, with all vans registered from September this year meeting strict Euro-6 emissions regulations. These vehicles feature advanced filters which capture 99% of soot particulates, as well as exhaust after treatments to dramatically cut emissions of nitrogen oxides.