New car market stable in May as growth remains steady 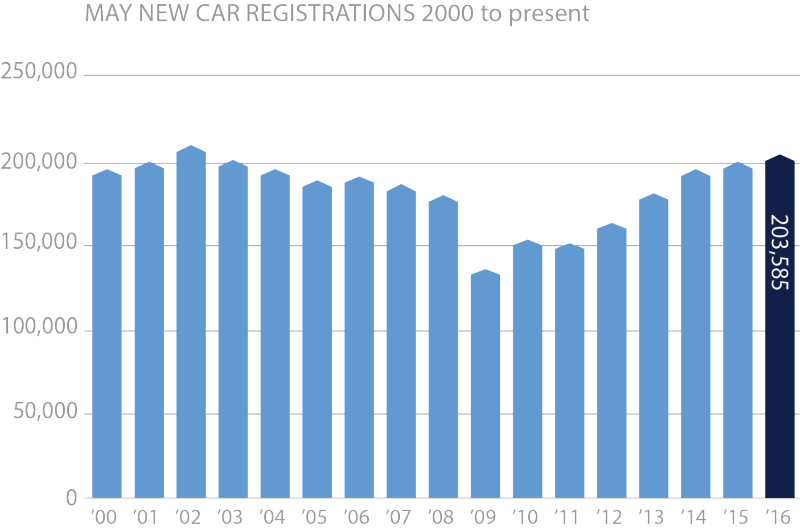 Demand for new cars in the UK remained stable in May with a steady 2.5% growth in registrations, according to figures released today by The Society of Motor Manufacturers and Traders (SMMT). 203,585 cars were registered in the month, May’s highest total since 2002. 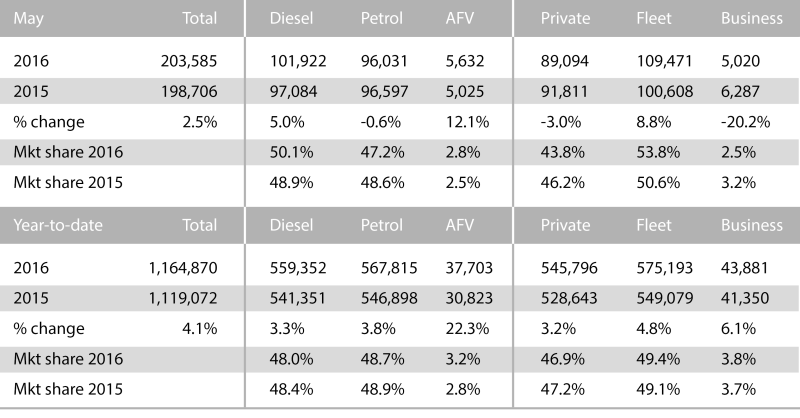 Following the trend set in the previous two months, fleet registrations drove the growth, with an 8.8% rise counterbalancing a -3.0% fall in registrations to private customers.

Demand for diesel cars grew 5.0%, outstripping that for petrol models, which saw a marginal decline of -0.6%. Uptake of alternatively fuelled vehicles, meanwhile, continued to outpace the overall market with registrations increasing by 12.1%.

1,164,870 cars have now been registered in 2016 – 4.1% ahead of the same period last year. However, May demonstrated a continuation of the easing of growth, being the second consecutive month of sub-3% growth in registrations – evidence of increasing market stability following a record 2015.

Mike Hawes, SMMT Chief Executive, said, “The new car market in May remained high with compelling offers available on the latest vehicles, but the low growth is further evidence of the market cooling in the face of concerns around economic and political stability. Whether this is the result of some buyers holding off until the current uncertainty is resolved or a sign of a more stable market for new cars remains to be seen.” 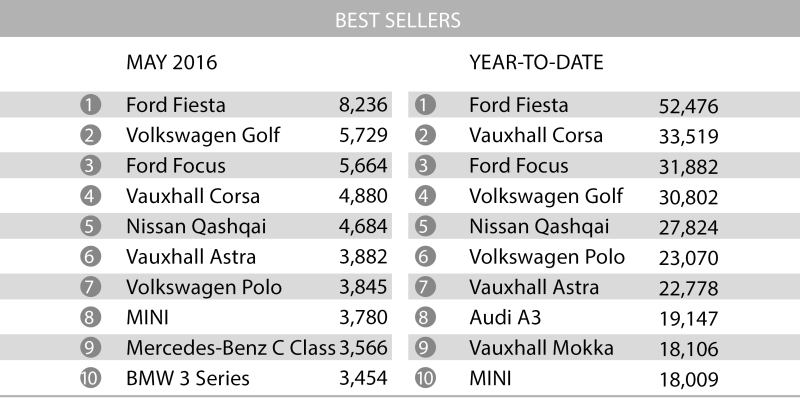