UK car manufacturing achieved its 12th consecutive month of growth in July, rising 7.6% to 126,566 units compared with the same month in 2015, according to figures released today by SMMT. Year-to-date production grew 12.3% to 1,023,723 units – the best performance since 2000, and the first time in 12 years volumes have been greater than one million in the first seven months.1

Demand in July was up both at home and abroad with a 14.1% increase in output for the domestic market and exports up 6.0% to 101,184 units. More than three quarters of a million cars built this year are destined for overseas markets, a 77.8% share of total production volumes.

Mike Hawes, Chief Executive, SMMT, said, “UK car production in 2016 is booming, with new British-built models in demand across the world. Manufacturers have invested billions to develop exciting new models and produce them competitively here in the UK. Future success will depend on continued new car demand and attracting the next wave of investment so Britain must demonstrate it remains competitive and open for business.” 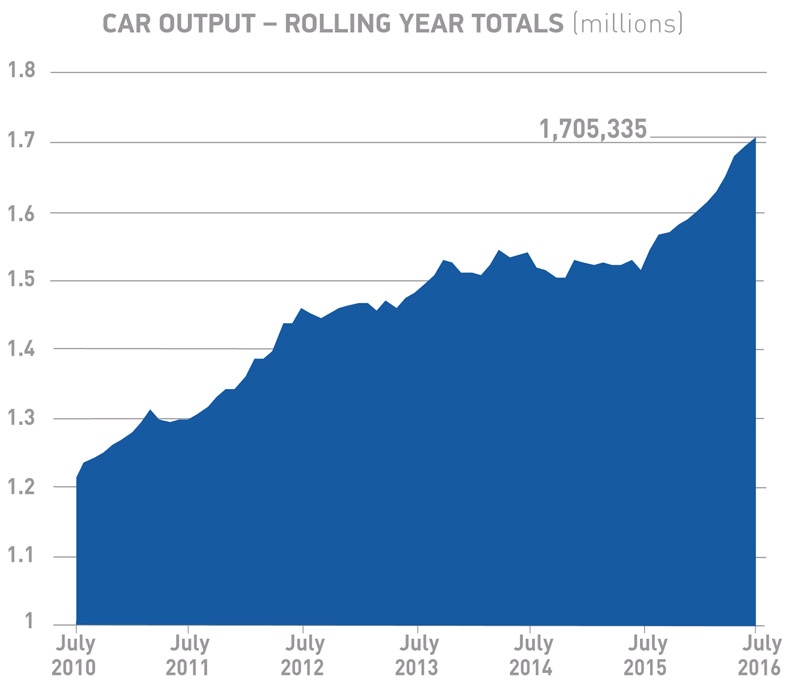