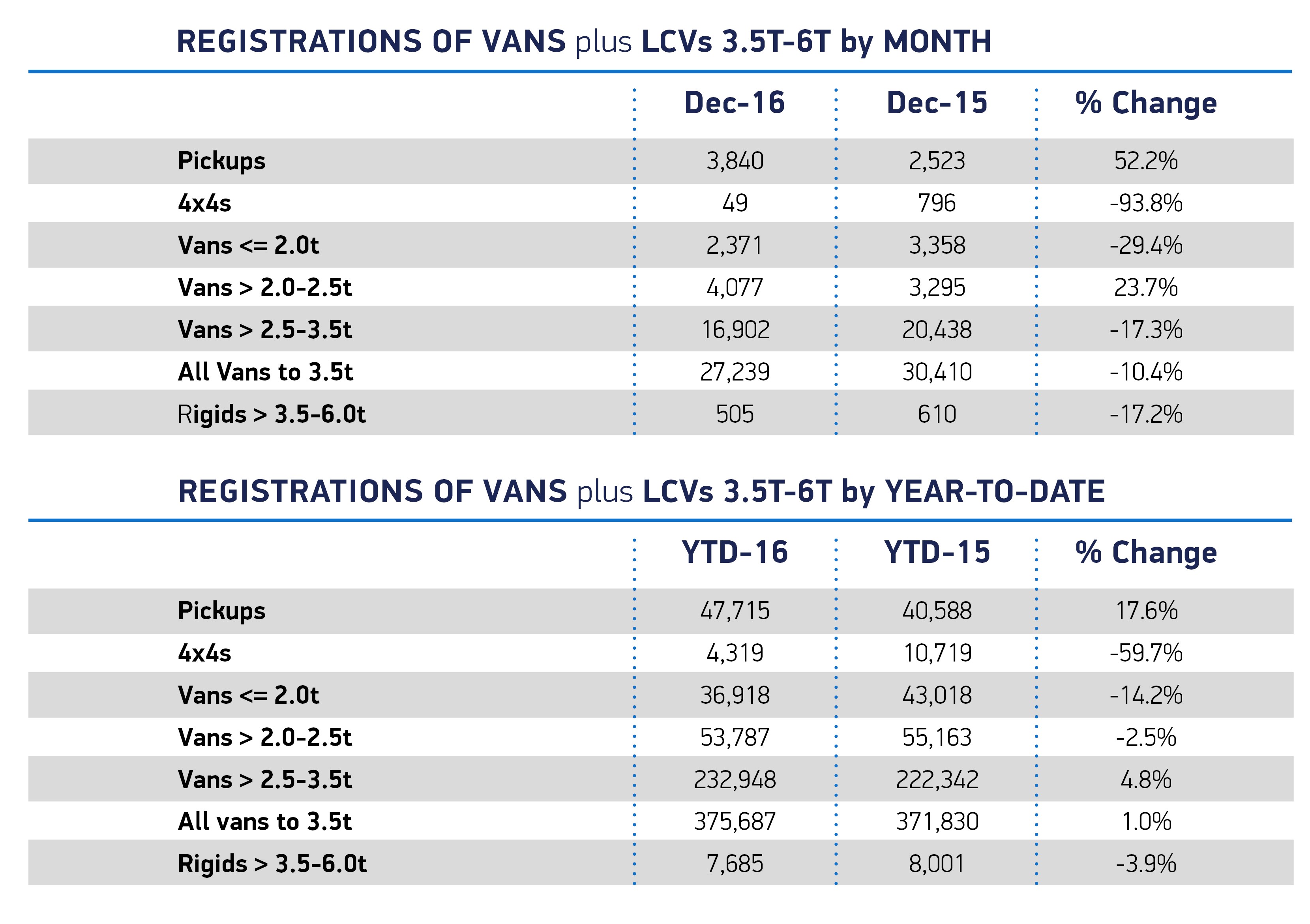 A record number of new vans and pick-ups hit British roads in 2016, according to the latest figures released today by the Society of Motor Manufacturers and Traders (SMMT). 375,687 new light commercials were registered in the year – the highest ever level and marking the fourth consecutive year of growth.

The record was achieved despite a downturn in December, when registrations fell for only the fourth time in 2016. Despite the -10.4% fall, it was still the second biggest December on record after 2015’s all-time record month when demand grew by 14.6%. 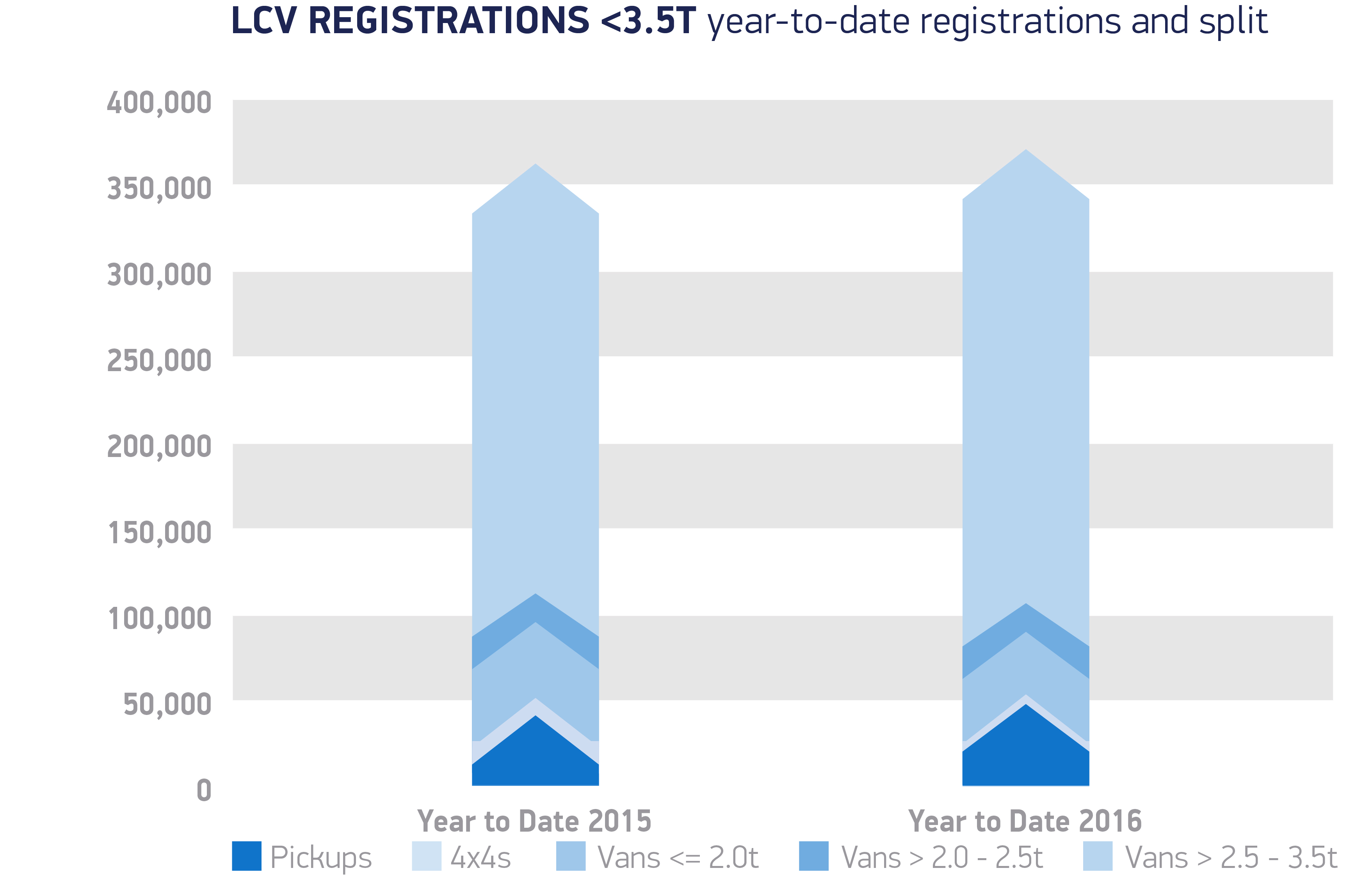 Another record year for light commercial vehicles is great news, even with marginal growth, and underlines the fundamental strength of the sector. To ensure future fleet investment and growth in this important market, buyers – and manufacturers – are looking for a strong economy and business environment. 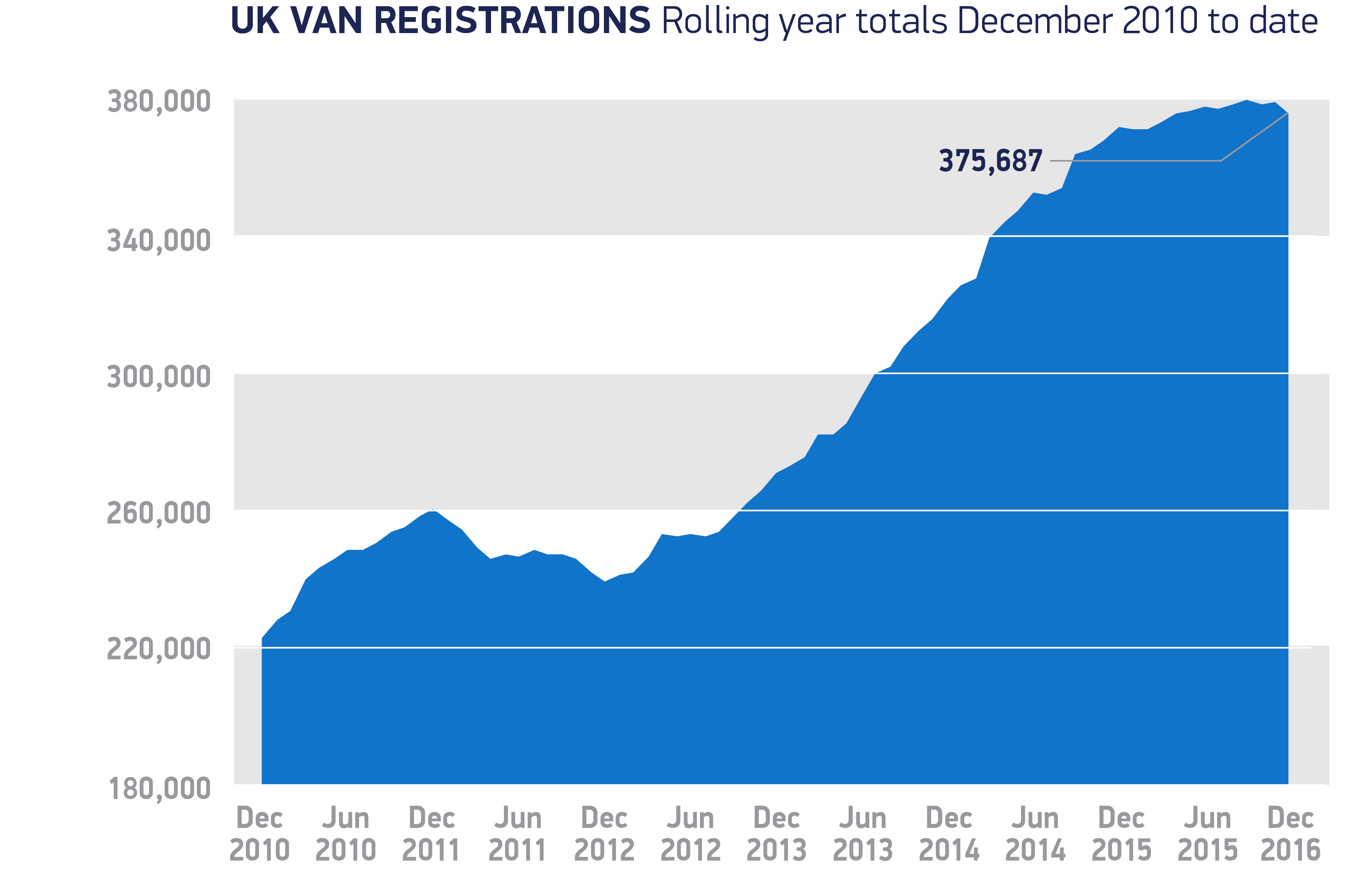