British commercial vehicle manufacturing remained broadly steady in 2016, with a small -0.6% decline, according to figures released by the Society of Motor Manufacturers and Traders. 93,924 vans, trucks, buses and coaches were built in Britain last year, driven by booming foreign demand.

The number of CVs produced for export grew 16.2%, accounting for 58.4% of production and the largest proportion in seven years1. Europe remained by far the sector’s top trading partner, with 94.7% of commercial vehicle exports destined for customers on the continent, followed by Asia, which took 3.2%.

With Europe accounting for more than nine out of every 10 commercial vehicles we export,  it is clear that maintaining a beneficial trading relationship with the EU is critical. Safeguarding tariff- and impediment-free trade, for both vehicles and components, will be critical to the future strength of our important commercial vehicle manufacturing industry. 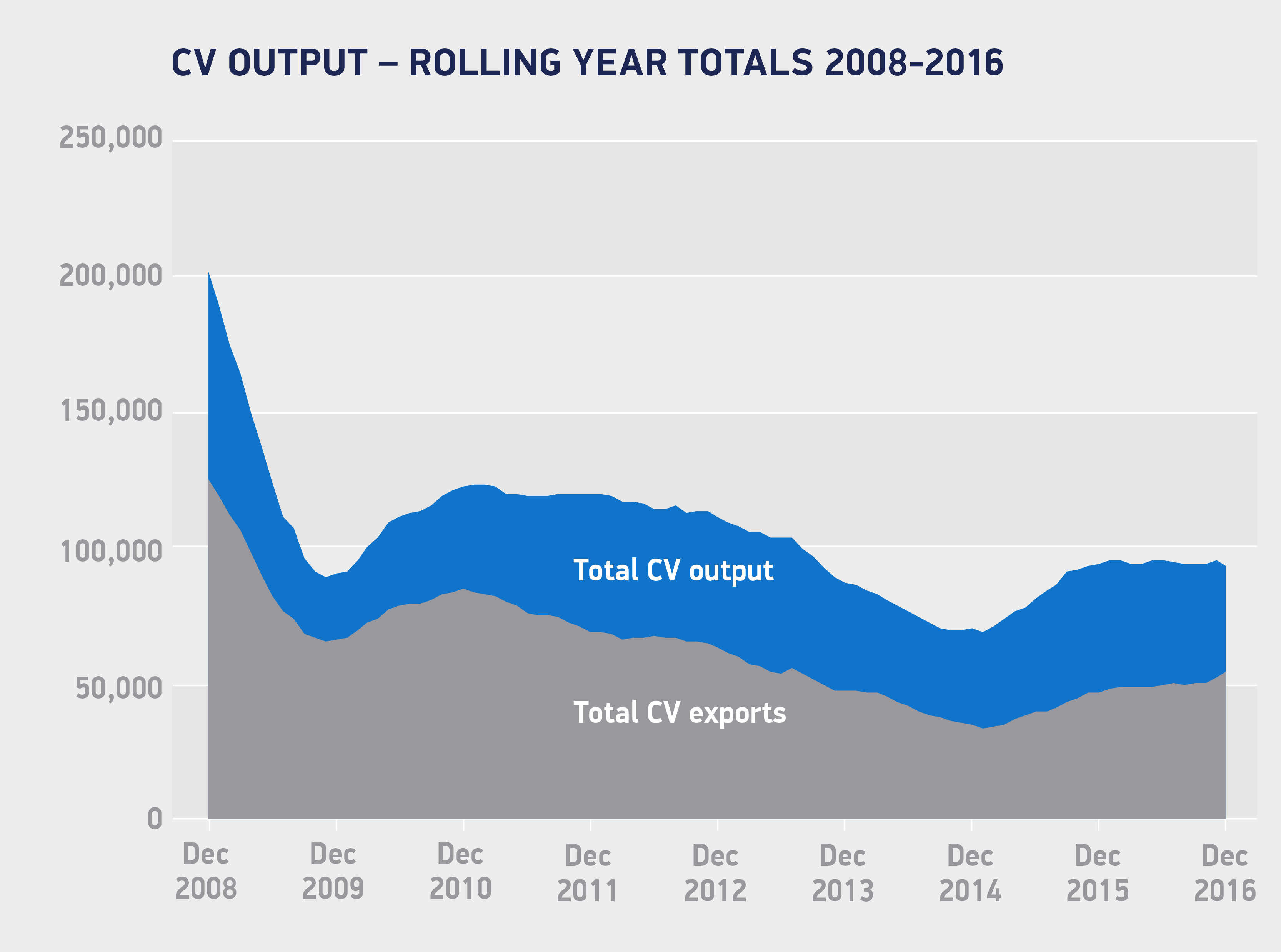