Carmakers come together to promote low emission vehicles, as motorists across UK call for greater incentives to switch and better charging infrastructure 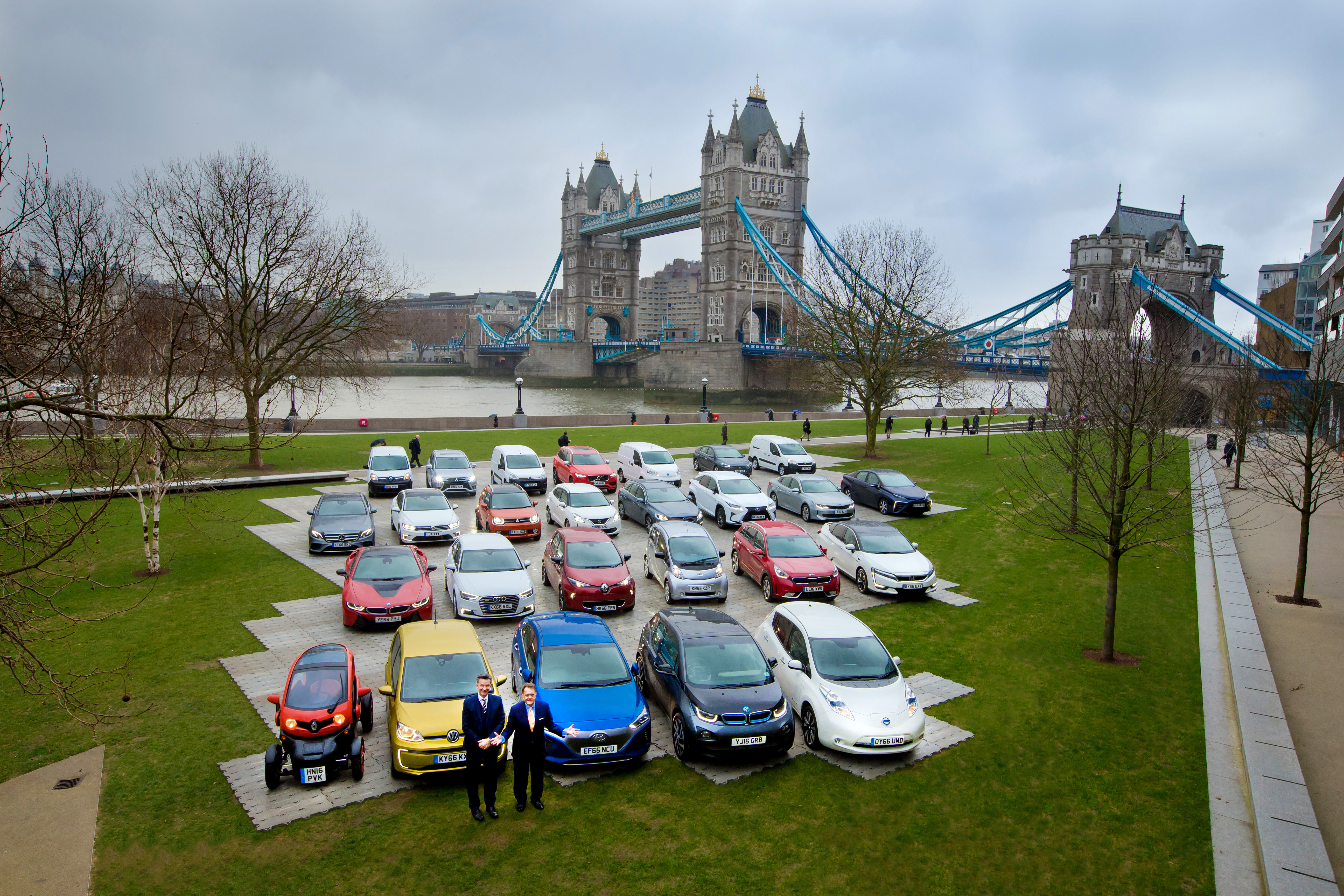 The UK automotive sector demonstrated its commitment to developing the latest low emission vehicles during a special display in London. Set against the backdrop of London’s Tower Bridge, 26 vehicles from 16 different brands underlined the diversity and appeal of alternatively fuelled vehicles (AFVs) now on sale across the UK.

There are currently some 83 different alternatively fuelled cars and vans available to British buyers, designed to suit all lifestyles and driving needs – from hybrids to plug-in hybrids, fully electric and hydrogen powered vehicles; and from city run-arounds to SUVs, saloons, and sports cars. Alternatively fuelled car registrations have grown more than threefold over the past five years, and in January this year they recorded their highest ever market share at 4.2%.

The UK is currently the EU’s biggest market for plug-in electric cars, with 36,917 registered in 2016. Growth has been rapid but market penetration still remains at a relatively low level considering around 2.7 million new cars were registered last year.

According to a new YouGov survey commissioned by SMMT, UK adults would be more likely to buy an electric car for reasons including low running costs (51%), cheap or zero car tax (46%) and purchase incentives such as government’s plug-in car grant (36%). But the survey also found that just 13% of those in the market for a new car said the next vehicle they buy is most likely to be alternatively fuelled.

The most common reasons not to choose an electric vehicle were linked to charging and financial outlay, with 48% worried they wouldn’t be able to find an available, working and compatible charge point; and 41% stating they were put off by higher than average purchase prices.

The survey also found that the majority of consumers (68%) weren’t aware of changes to the new car VED regime coming in April. Under the new system, two thirds (66%) of the AFVs that currently qualify for the £0 standard rate will now be subject to an annual flat rate charge of £130, in addition to varying levels of first year tax. Meanwhile, those with list prices above £40,000 – which will include some of these new technology vehicles – will also have to pay an annual £310 premium car surcharge.

Thanks to massive investment by vehicle manufacturers, British car buyers have never enjoyed so much choice and, as today’s display shows, that extends to every fuel type. However, our survey highlights the need for ongoing government support for this new market. We want to encourage more people to switch to ultra low emission vehicles in meaningful numbers but more must be done to boost buyer confidence. A consistent approach to incentives – fiscal and otherwise – and, most importantly, greater investment in the charging network is essential if we are to grow this emerging market.

Alternatively fuelled vehicles help clean up our environment and save motorists money in day-to-day running costs, and I’m delighted to have had the opportunity to have a look at some of the vehicles available to UK drivers today. We are working with determination to get more people switching to low emission vehicles. Our Vehicle Technology and Aviation Bill published this week, will make sure the right infrastructure – such as electric charge points and hydrogen refuelling stations – is in place for this growing market. We’ve committed more than £2 billion since 2011 to increase electric vehicle uptake and support greener transport schemes. This includes £290 million, announced in the Autumn Statement, to support electric vehicles, low emission buses and taxis, and alternative fuels.