Double-digit growth in demand for British-built cars last month helped deliver the biggest February for UK car production in 17 years, according to SMMT figures. UK production lines turned out one car every 16 seconds in the month, with total output of 153,041 up 8.0%, as exports grew 13.4% to 118,898 units.

Today’s figures illustrate the continuing global popularity of British-built vehicles and the export-led nature of the industry. With eight out of every 10 cars we produce destined for international markets – and half of those for customers in the EU – we must avoid barriers to trade, whether tariff, customs or other regulatory obstacles, at all costs. To do otherwise would damage our competitiveness and threaten the continued success of UK automotive manufacturing. 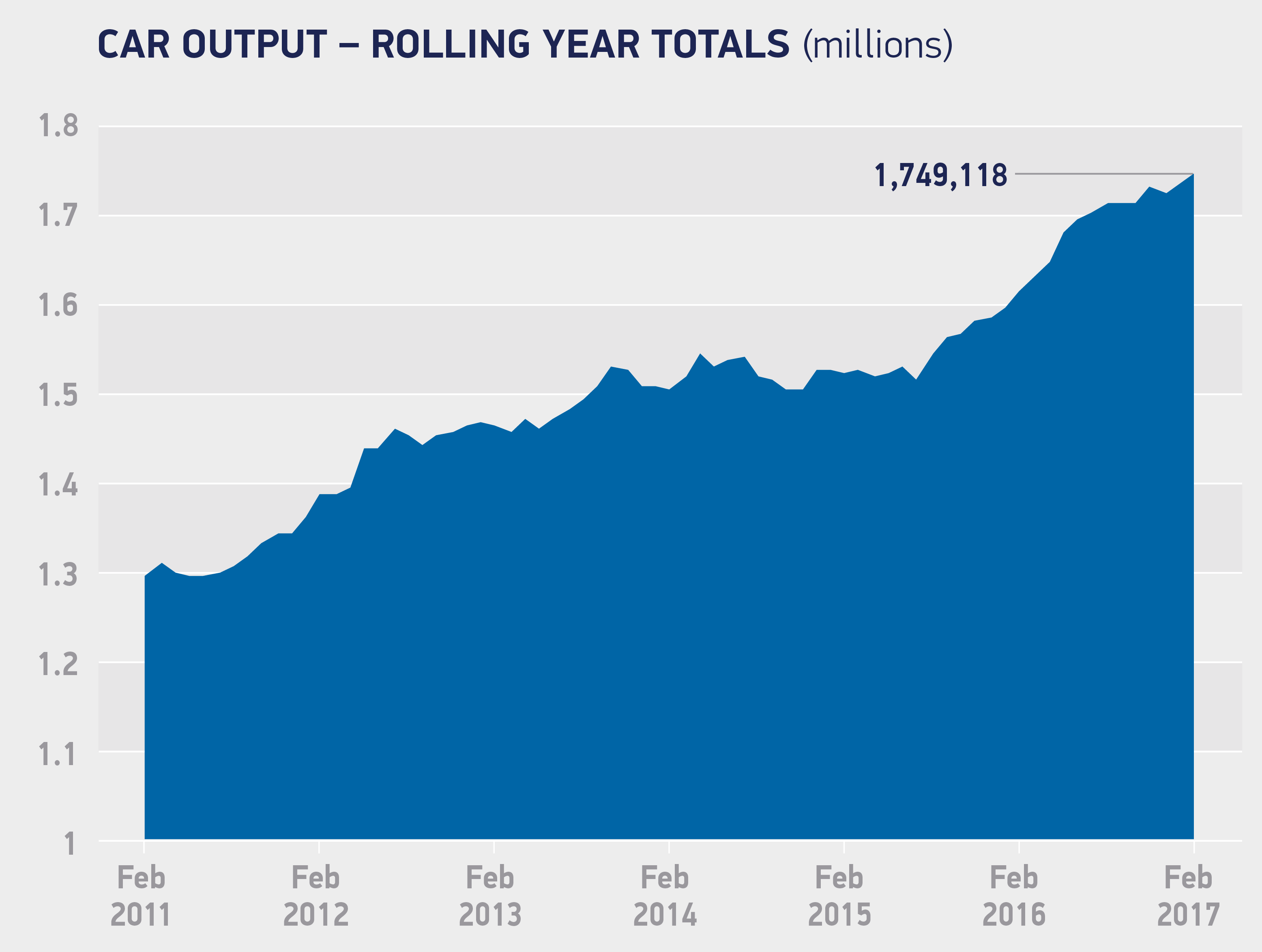