UK commercial vehicle (CV) manufacturing declined in February, according to SMMT figures. 7,940 CVs were built in Britain last month, representing a decline of -6.3% after particularly strong performances in 2016 and 2015 and reflecting a marginally shorter month compared with last year. Year-to-date, the market remained steady, up 1.3% on the same period last year.

Production for the domestic market declined -30.5% in February, offsetting an increase in export demand, which grew 15.6%. Nearly two thirds (64.8%) of UK-built CVs were destined for international markets last month, and in the year-to-date demand is up by more than a quarter.

Following two years of exceptionally strong output, it comes as no surprise to see a slight decline in commercial vehicle manufacturing. Despite this, UK CV production remains broadly stable, with output for export growing for the sixth consecutive month, highlighting the importance of maintaining competitive global trading conditions to this vital sector. 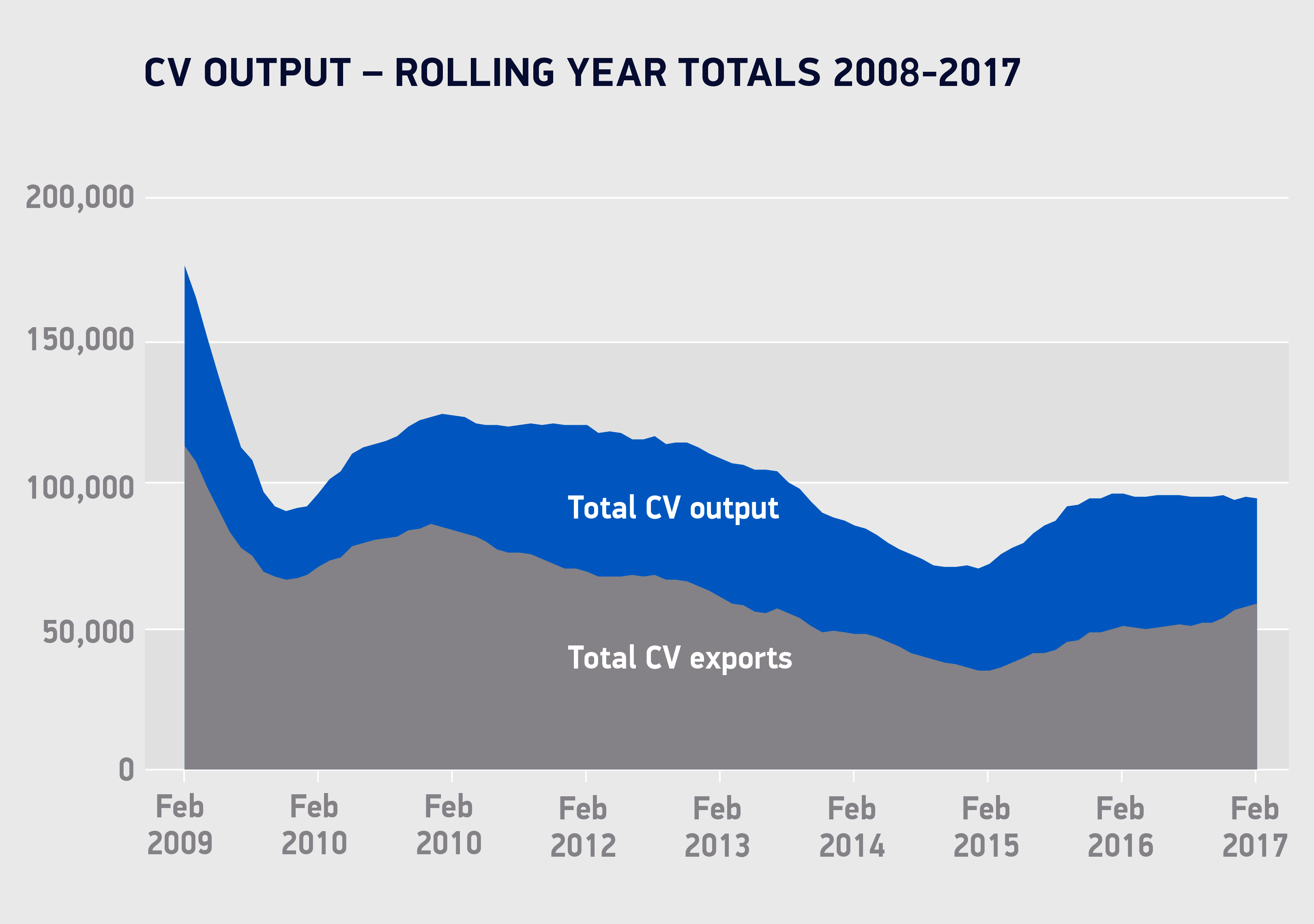