UK used car transactions experienced a moderate decline in the second quarter of 2017, according to revised figures released by SMMT. 2,102,154 used cars changed hands in the period, a fall of -0.7%, on the back of a record 2016 and turbulence in the new car market following changes to VED rates on new cars introduced on 1 April.

Meanwhile, silver remained the most popular colour, chosen by 21.6% of motorists, and closely followed by black, which was the colour of choice for 20.2% of used car buyers. White increased in popularity in Q2, up 11.7% to make it in to the top five most popular colour. 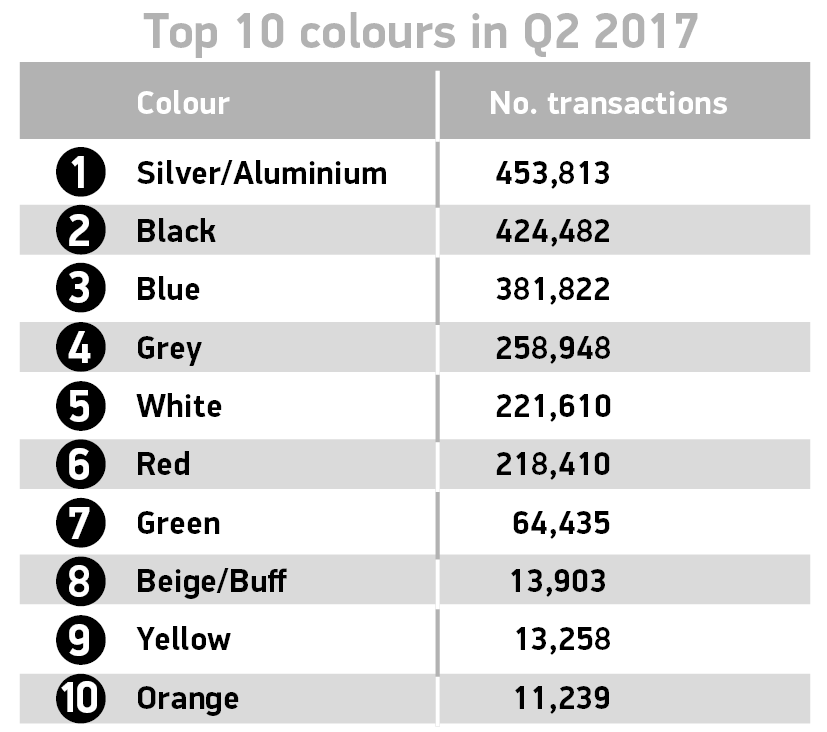 In the first six months, demand for diesel cars remained strong, with some 1,693,594 changing hands, an increase of 4.0%. Meanwhile, petrol sales decreased -0.8% to 2,494,818 units, while alternatively fuelled vehicles (AFVs) rose 26.1% with electric cars enjoying particularly strong growth – up 79.3%. However, volumes remain low with AFVs currently accounting for just 1.1% of the market.

With used car sales closely mirroring what we see in the new car market, last quarter’s moderate decline comes as no surprise – and with demand easing over recent months, this could offer motorists the opportunity to get some great deals. However, although the market remains at an exceptionally high level, given the softening we’ve seen in registrations of new cars in more recent months, looking ahead it is vital that government secures the conditions that will maintain consumer and business confidence if we are to see both markets continue to prosper.