UK new car production increased in October, according to figures released today by the Society of Motor Manufacturers and Traders (SMMT). 157,056 units left UK factories last month, a 3.5% rise compared with the same period in 2016.

The growth was driven by exports, which rose 5.0% in the month, boosted by demand for new models in overseas markets. 82.1% of all UK-built cars were shipped abroad in October – the highest proportion this year – with the bulk going to our biggest trading partner, Europe.

Meanwhile, production for the UK continued to reverse, falling -2.9% and making October the ninth month of decline at home this year. 28,178 cars were produced for domestic buyers, as lower business and consumer confidence, combined with confusion over government policies towards diesel, continued to dent orders. Year-to-date figures show production for the home market decreased by -6.8% or almost 22,000 units. Exports have fared better, broadly stable so far in the year at -0.1%, while overall output is down -1.6%.

The latest independent production forecast is also published today, which revises the expected UK output for 2017 down to 1.73 million, lower than previous SMMT expectations of around 1.8 million. The revision is due in part to the decline in domestic demand, but also because of lower than expected production levels of certain models as some approach the end of their lifecycles.

It’s encouraging to see positive growth in exports this month and a slight increase in overall output. Production for British consumers, however, has continued to fall as domestic demand for new cars decreased for the ninth month this year amidst continued uncertainty over both Brexit and the government’s air quality plans.

It’s important that confidence is restored to the new car market, as sales of the latest cleaner, greener cars not only address air quality concerns but speed up activity on factory lines across the UK.

The latest independent UK forecast report is worrying news for the sector, predicting annual output which is, at best, static compared with last year. The industry needs stability and a clear roadmap for Brexit if we are to encourage investment and arrest the decline in both the market and business confidence. 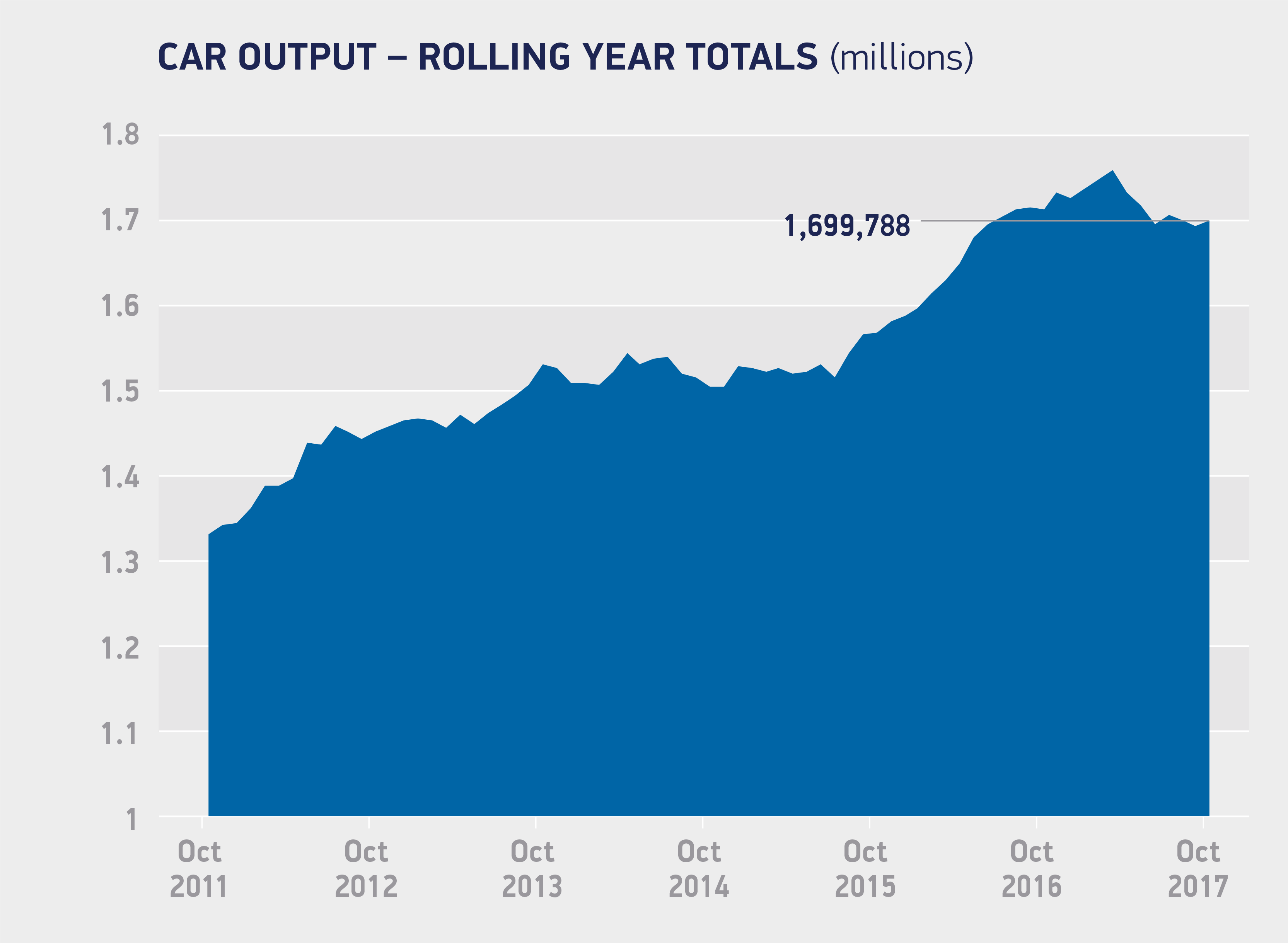 1. The Production Outlook is an independent forecast of UK vehicle manufacturing commissioned from AutoAnalysis. It is updated up to four times a year reflecting market and production cycle fluctuations. The latest report, produced in November, forecasts 1.73 million units for 2017.