Britain’s used car market held strong in 2018’s second quarter, with sales down by a marginal -0.4%, according to figures released today by the Society of Motor Manufacturers and Traders (SMMT). 2,093,429 vehicles changed hands, just 8,725 fewer compared with Q2 2017.

Superminis remained the most popular segment, despite a -2.6% decline in transactions, accounting for a third of the market (32.6%), and followed by small and medium-sized family cars. SUVs and executive models experienced the biggest growth, with demand up 10.7% and 3.9% respectively.

Diesel cars’ popularity grew 3.2%, with some 868,573 used buyers driving one home in the period, residual values staying strong year-on-year, while petrol transactions fell -3.3%. Meanwhile, demand for hybrid, plug-in hybrid and fully electric vehicles grew by more than a quarter, with some 26,832 changing hands – 5,417 more than a year ago.

Elsewhere, trends closely followed the new car market, with black the UK’s most popular used car colour for a second consecutive quarter and silver and blue taking second and third places. Demand for white cars grew fastest, up 9.8%, followed by orange, up 9.1%. Meanwhile, green and maroon lost most favour among buyers, falling -14.6% and -9.6% respectively.

It’s great to see the used car sector remain in robust health as motorists take advantage of the exciting high-tech models filtering down from the new sector – including some of the latest low emission diesel and alternatively fuelled vehicles. However, with used sales so closely reflecting the new car market, some cooling is expected over the coming months. Given fleet renewal is the fastest way to improve air quality and reduce CO2, we need greater business and consumer confidence to keep both markets moving. 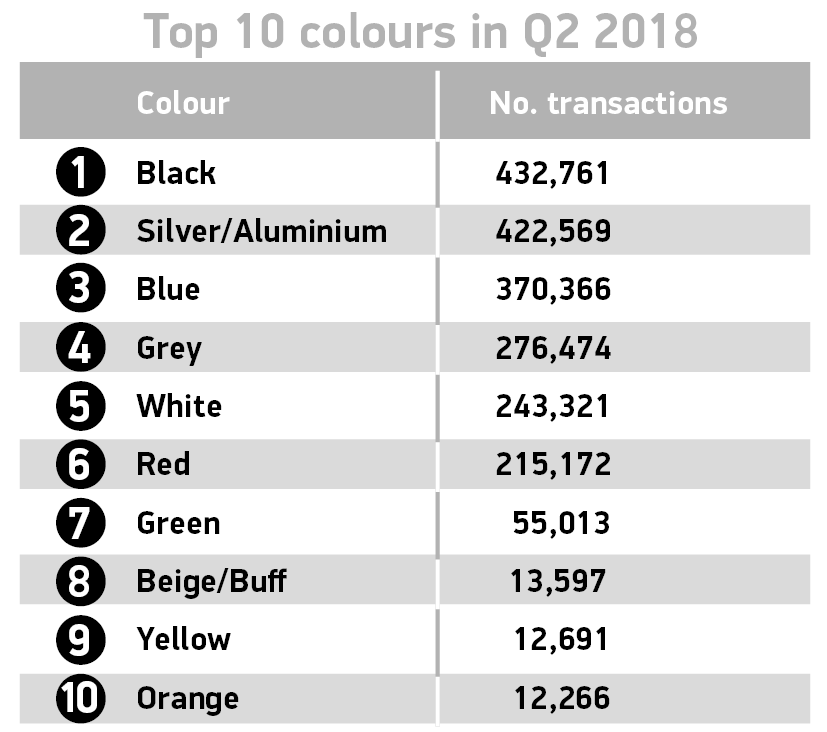 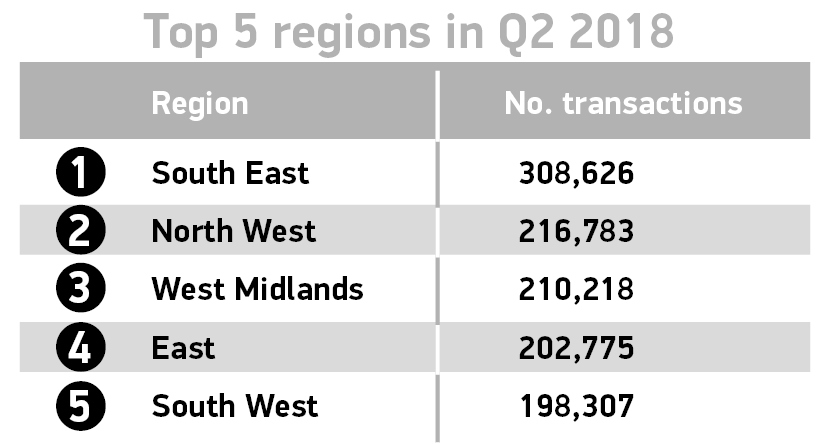