UK car manufacturing fell by -16.8% in September, according to the latest figures released today by the Society of Motor Manufacturers and Traders (SMMT). 25,610 fewer cars rolled off production lines than in the same month last year, capping off a turbulent first three quarters as global trade tensions, model changes and uncertainty over diesel and Brexit were exacerbated by testing backlogs due to new emissions regulations.

Production fell for both home and overseas markets, down year on year by a respective -19.0% and -16.2%. Exports, however, continued to drive volumes, accounting for eight out of every 10 cars produced. In the year to date, overall output has declined by -6.6%, with the decline driven predominantly by falling UK demand, currently down -18.6%, but compounded by slower growth across Europe. 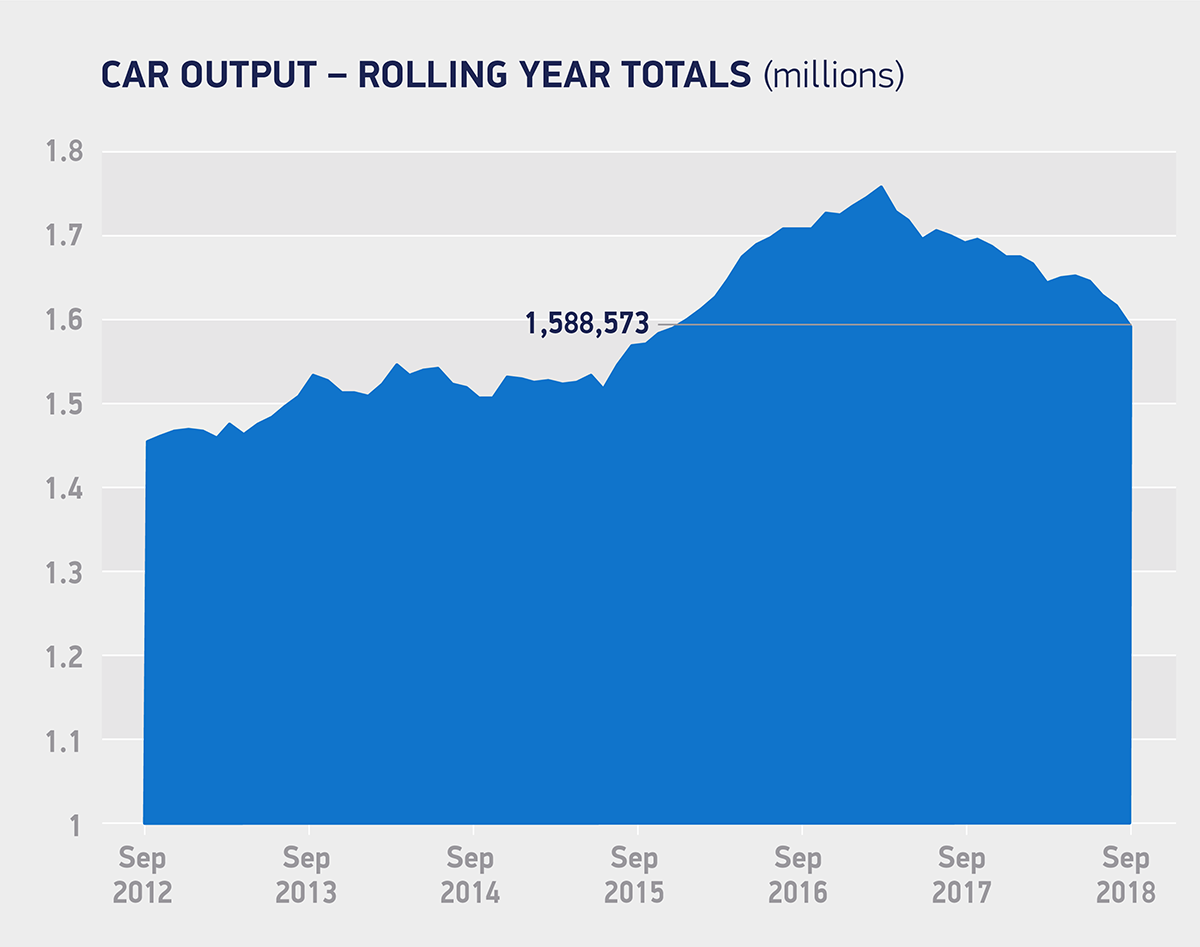 Today’s figures highlight the many competing challenges facing UK Automotive. It has been a turbulent year and the industry needs stability, something which appears elusive given the lack of resolution to Brexit negotiations. The UK government has recognised the importance of a deal that maintains free and frictionless trade with the EU, but it is up to all sides to deliver this to safeguard the hundreds of thousands of jobs depending on the sector.

Stability is also needed at home and a stronger UK new car market would go a long way to boosting manufacturing output. The Chancellor’s Budget next week is the perfect opportunity to stimulate the market, sending consumers and businesses the right signals to encourage the purchase of new cars, which would help bolster economic performance as well as delivering environmental goals.