Grey becomes UK’s favourite new car colour for first time since records began, with nearly half a million registered in 2018. 59% of new cars registered in black, grey or white – with a primary colour not making the top three for eight years.
Once the nation’s long-standing favourite, silver falls out of top five with its lowest popularity rating since late 1990s. 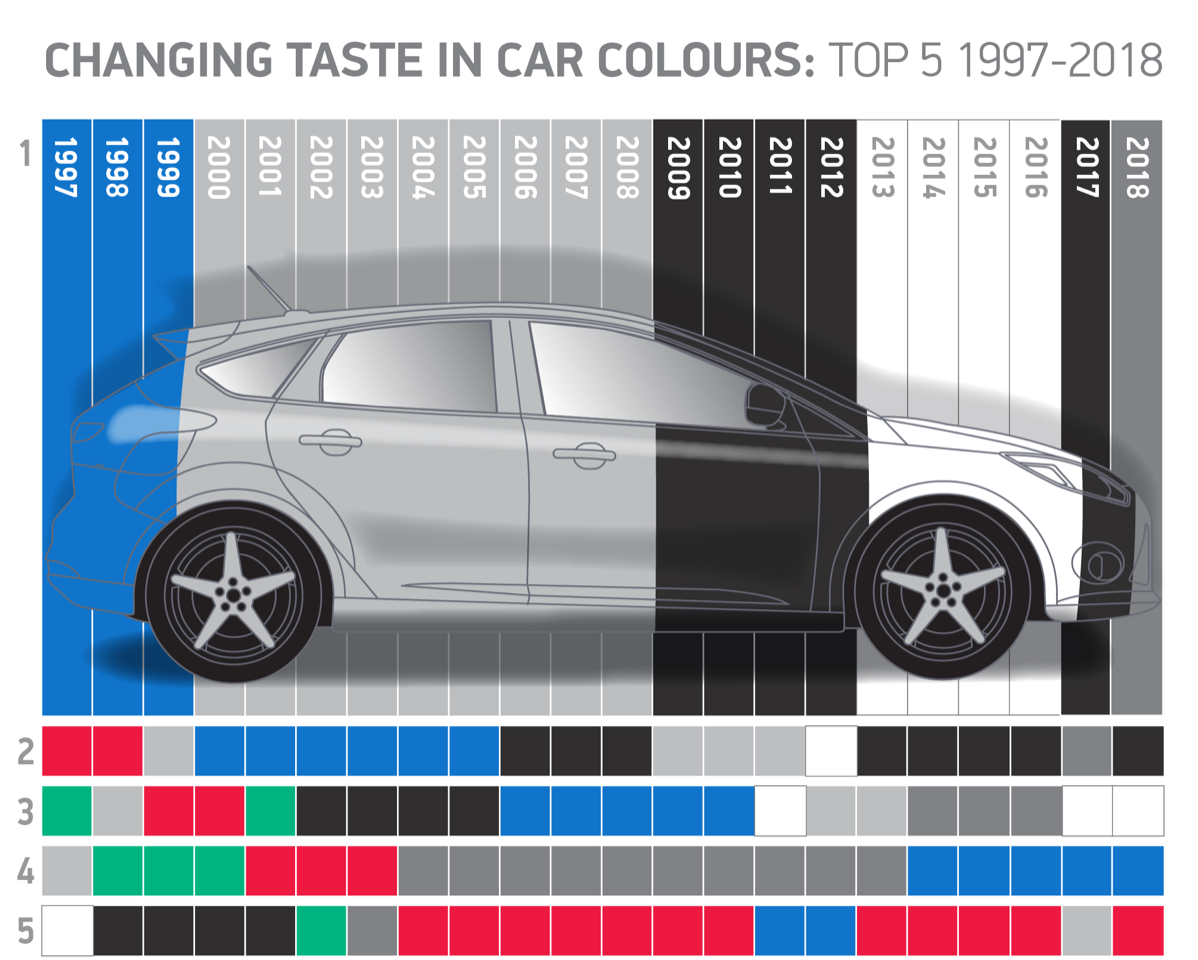 Grey overtook black as the UK’s favourite new car colour in 2018, according to the latest figures released today by the Society of Motor Manufacturers and Traders (SMMT). Registrations of both colours were down on 2017 numbers, but grey’s -1.1% drop to 495,127 was enough to see it topple black from the top spot as the colour fell -7.3% to 478,154. Just over one in five of 2018’s 2.4 million new car registrations were painted grey.

In line with the new car market’s performance in 2018, demand for most colours in the top 10 was down year on year, apart from orange and beige, which saw significant increases of +37% and +28%. Orange jumped up to seventh place, while beige made its first appearance in the top 10 since 2014 as a number of new and upgraded models had the colour as an option.

The top three colours maintained a strong grip on the chart – 59% of new cars registered in the UK in 2018 were grey, black or white. It’s been nine years since a primary colour last sat in the top three¹, but blue maintained its solid fourth position, while red knocked silver down a place to introduce more colour to the top five.

Cream saw the biggest overall percentage drop, with just 559 drivers opting for the colour during 2018, down -34%. Meanwhile, although nearly 7,000 motorists tried to bring a bit of sunshine to UK roads, demand for yellow cars also fell by a third (-34%). White has been the biggest loser in recent years, with more than 132,000 fewer cars registered in white last year than in 2015 when it reached its peak. 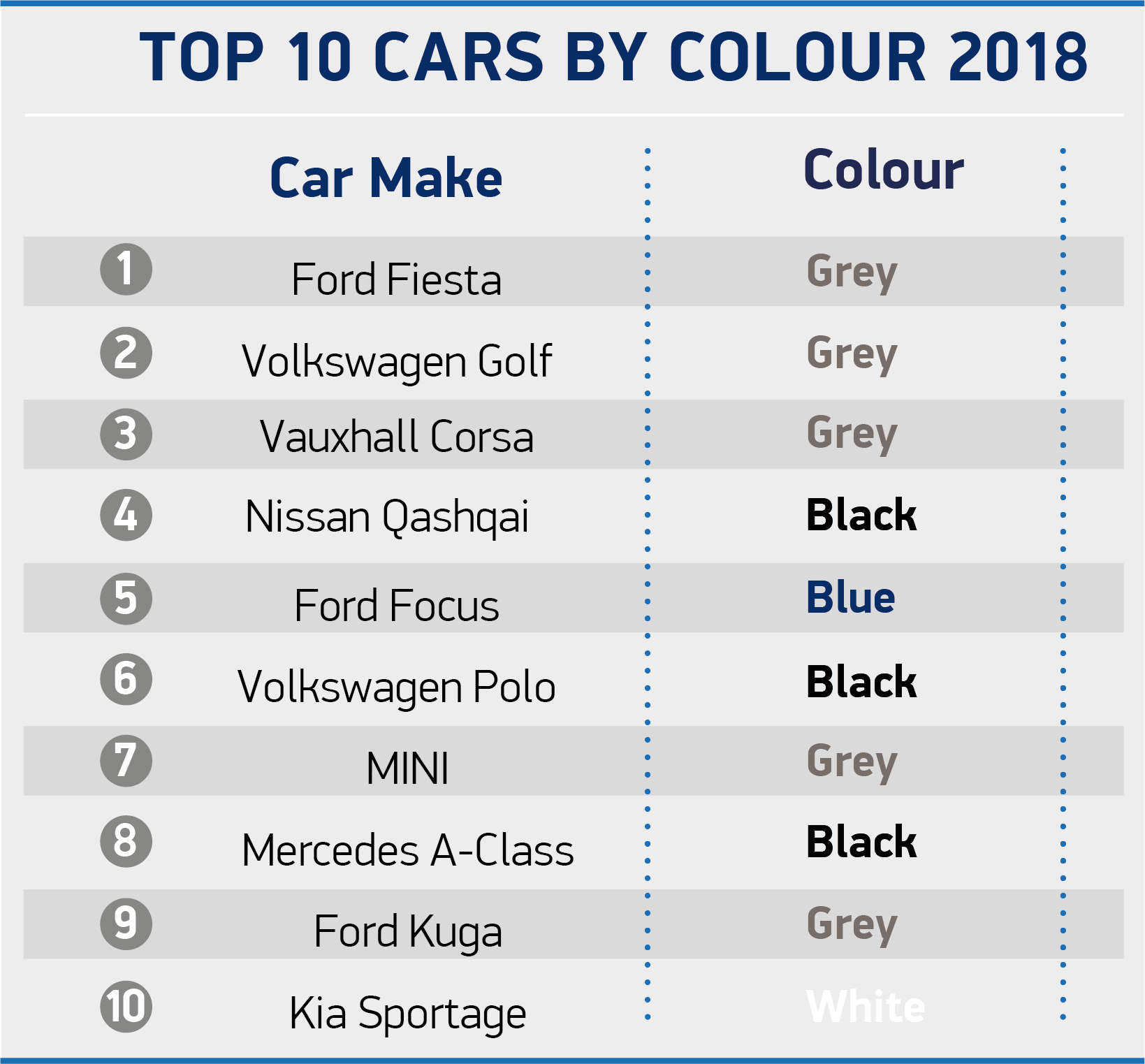 Scots bucked the national trend, putting white on top, but in Northern Ireland and Wales the grey mood was prevalent. Blue made a podium appearance in all three countries as buyers opted for a splash of colour. Meanwhile English drivers made the most of the 118 different colours available on the market, registering 116 of them in 2018, while just 53 different colours were registered in Northern Ireland.

There are more opportunities than ever to personalise your new car to your exact taste, and UK motorists have approached the challenge with gusto in 2018.

With around 80 new or upgraded models coming to market in 2019 equipped with the latest low and zero-emission powertrains, advanced safety tech and exciting comfort and convenience features, it’s great that buyers have so much to choose from.