British car factories turned out 120,649 units in January, down -18.2% on the previous year and marking the eighth successive month of decline, according to figures released today by the Society of Motor Manufacturers and Traders (SMMT). Demand dropped at home and overseas but it was the latter that fell most, with exports down -21.4% to 93,781 units.

Further softening in key Asian and European markets drove much of the decline, with output destined for China down -72.3% and the EU27 -20.0%, while model changes also played a significant part. Meanwhile, manufacturing for the domestic market fell by -4.8% as political uncertainty continued to dent consumer confidence.1 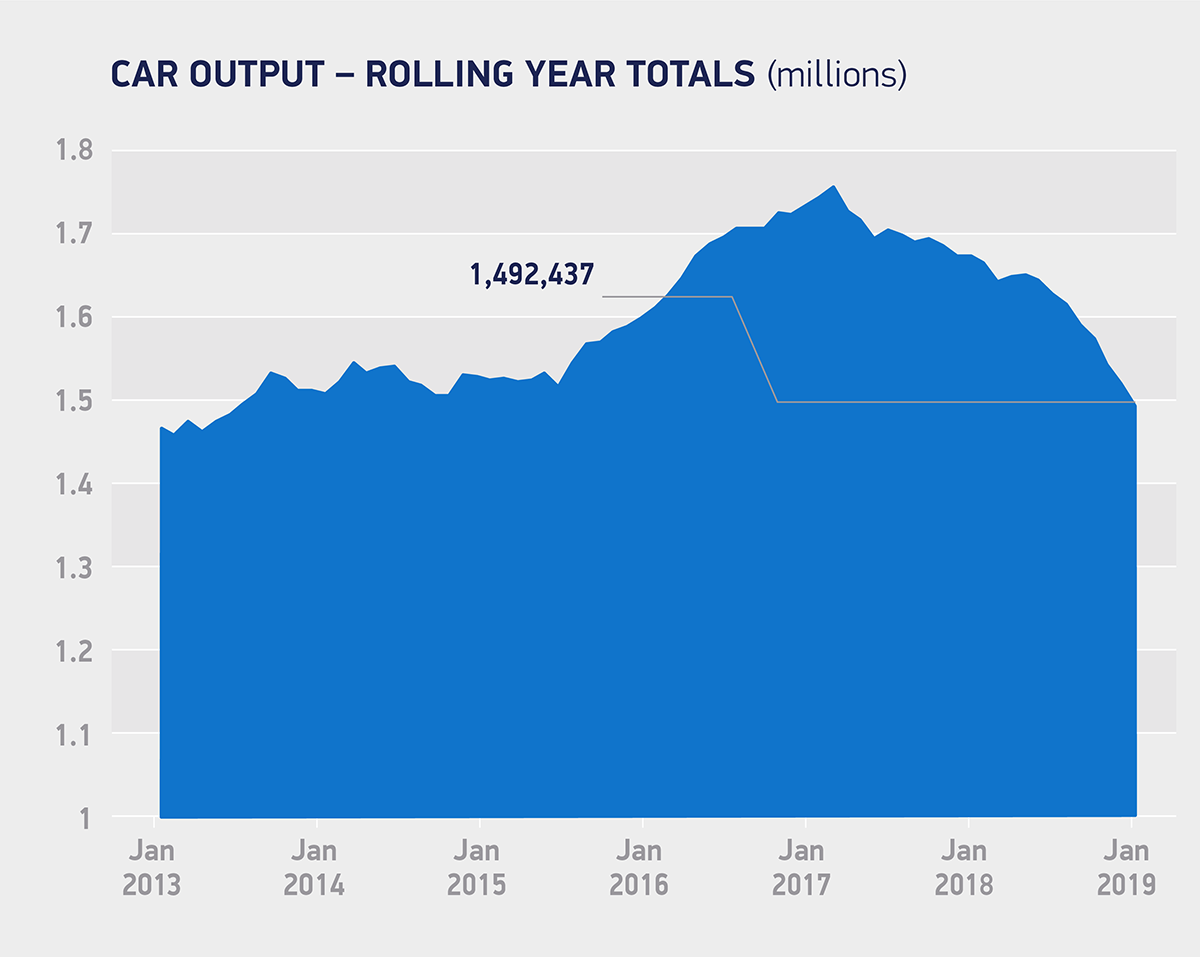 Another month of decline is a serious concern. The industry faces myriad challenges, from falling demand in key markets, to escalating global trade tensions and the need to stay at the forefront of future technology. But, the clear and present danger remains the threat of a ‘no deal’ Brexit, which is monopolising time and resources, undermining competitiveness.

Every day a ‘no deal’ Brexit remains a possibility is another day automotive companies pay the price in additional and potentially pointless costs. ‘No deal’ must be taken off the table immediately and permanently.

Almost a third of automotive companies responding to a recent SMMT survey said they had postponed or cancelled UK investment decisions because of Brexit, with one in five having already lost business as a direct consequence. Over half said that contingency plans were being executed, with more than one in ten (12.4%) relocating operations overseas and the same proportion reducing UK headcount.2