UK car production fell by -15.3% in February, with 123,203 units manufactured, according to figures released today by the Society of Motor Manufacturers and Traders (SMMT). Declining demand in the UK and in key European and Asian export markets resulted in output falling for the ninth consecutive month.

Production for home and export markets dropped year-on-year by -11.0% and -16.4% respectively. Year-to-date, overall output decreased -16.8%. While home demand fell -8.0%, the majority of the decline came from the fall in manufacturing for export, down by -18.9%.

Weakening demand in key markets continued to affect output, with exports to China down more than half (-55.6%) and cars destined for the US down -2.8%. Meanwhile, production for the EU – the UK’s biggest customer – declined by -14.9%.

Although exports have declined in recent months, overseas demand continues to drive output, still accounting for nearly eight in 10 cars produced – more than half destined for the EU. This underlines the importance of securing a truly free and frictionless future trading relationship with our most important trading partner.

The motor industry has been unequivocal about the impact of no deal, which would have an immediate and potentially irreversible impact on cost, productivity and competitiveness.

The ninth months of decline for UK car production should be a wakeup call for anyone who thinks this industry, already challenged by international trade hostilities, declining markets and technological disruption, could survive a ‘no deal’ Brexit without serious damage. A managed no deal is a fantasy.

Uncertainty has already paralysed investment, cost jobs and damaged our global reputation. Business anxiety has now reached fever pitch and we desperately need parliament to come together to restore stability so that we can start to rebuild investor confidence and get back to the business of delivering for the economy. 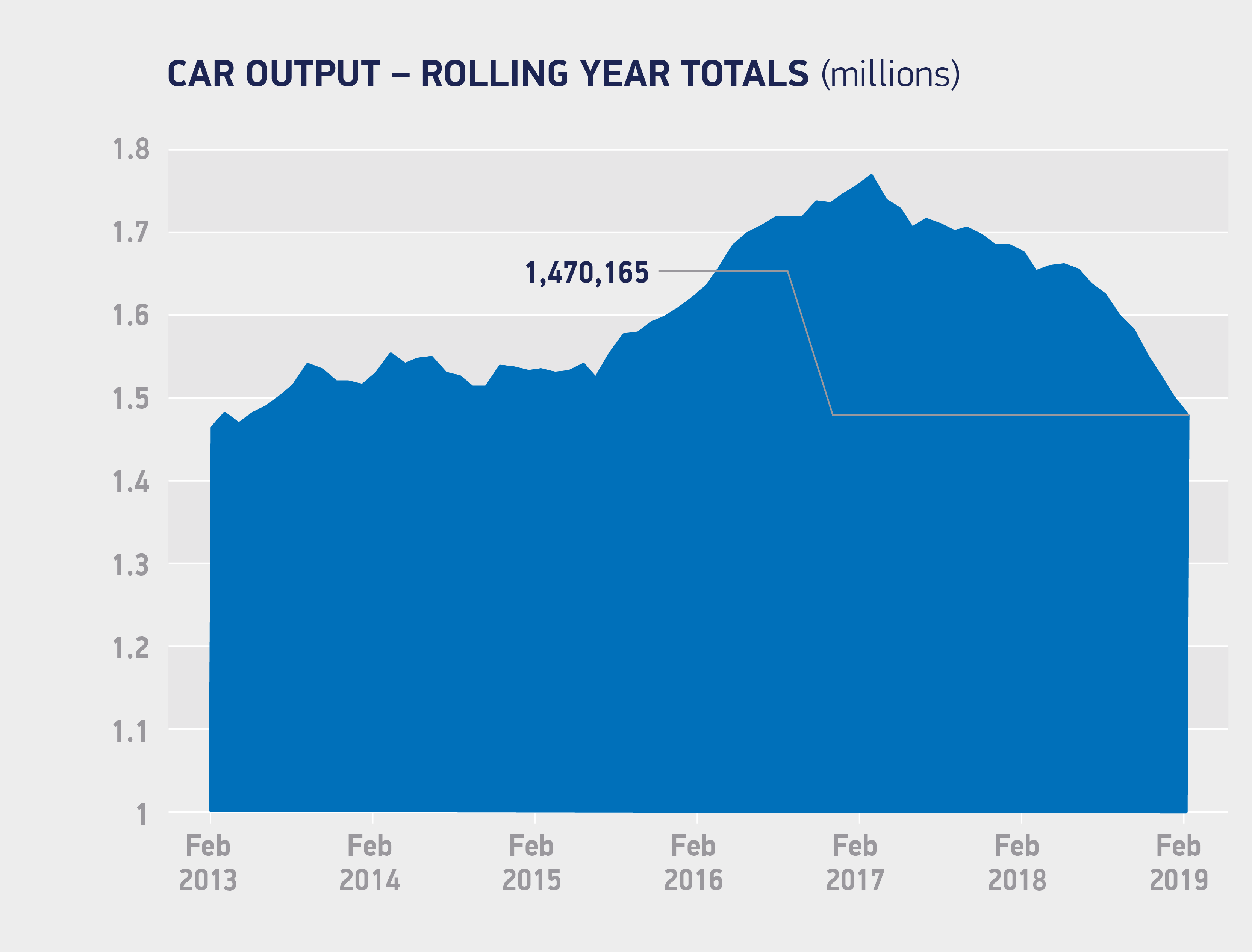