British commercial vehicle (CV) production increased by 24.5% in March to 9,098 vehicles, according to figures released today by the Society of Motor Manufacturers and Traders (SMMT). The growth, which follows a -8.8% decline in March 2018, was stimulated by strong market incentives combined with upcoming key model changes.

The number of vans, trucks and buses built for the domestic market rose 58.6% to 4,010 units, while export demand also posted a rise, increasing 6.5% to 5,088. The news comes as SMMT publishes new research at CV Show 2019 in Birmingham, highlighting the importance of vans to the UK economy, with one in 10 British workers relying on them for their jobs.

The first quarter of 2019 saw 27,513 trucks, buses and vans built in the UK, representing the strongest Q1 performance since 2012. The growth has been driven largely by growing export demand, and with 96% of the export models built so far this year being sent to the European Union, the importance of the trading bloc to UK commercial vehicle makers is clear.

It’s certainly positive to see growth in the commercial vehicle market, but with ongoing Brexit uncertainty and the natural variability of buying cycles, we’re likely to see some turbulence in the months ahead. With the majority of commercial vehicles we build in the UK going to EU customers, it’s crucial that we quickly agree a deal that retains free and frictionless trade with our most important trading partner. The sooner a favourable deal is in place, the quicker we can be confident about the future. 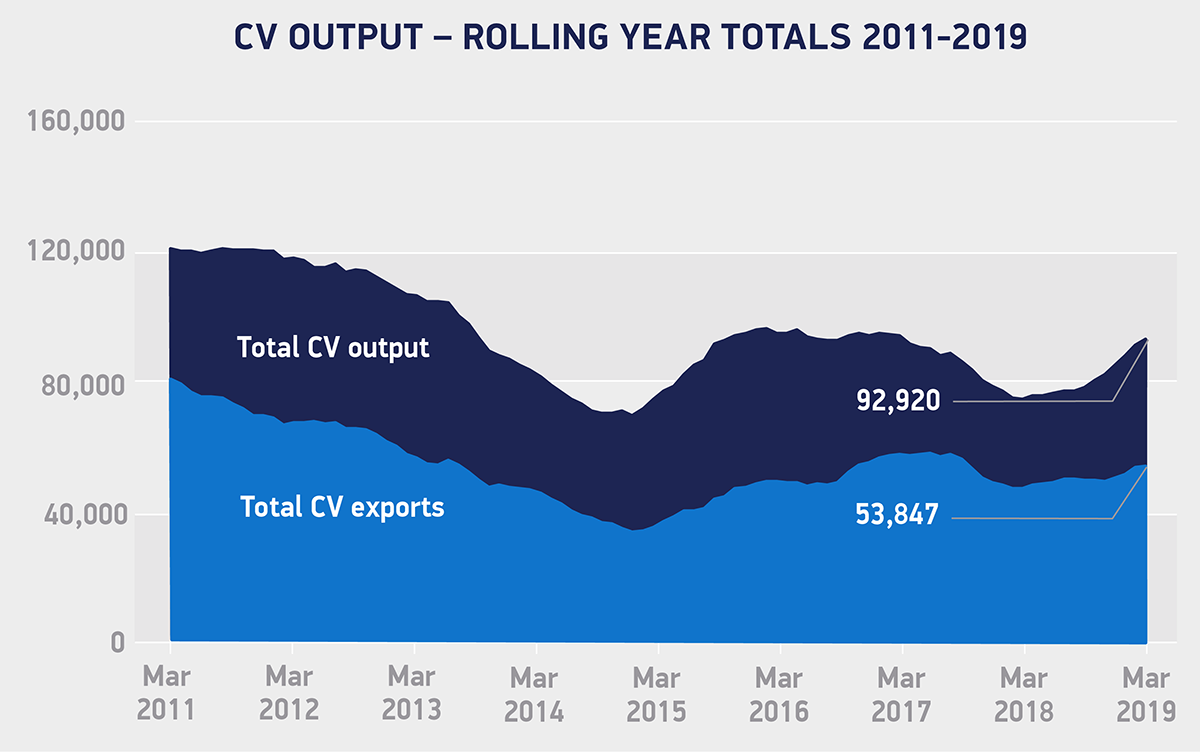