Despite effort and great progress made in recent years, there remains a gender imbalance in the transport and logistics industry.

Figures show that women currently make up less than 20% of the entire workforce in the, but with the number of transport and logistics jobs predicted to grow by 22% by 2022 the need to overcome the last obstacles preventing true equality is more urgent than ever.

That’s where everywoman – the leading expert for the advancement of women in business – comes in.

It’s committed to celebrating the UK’s brightest female talent in the industry using its annual everywoman Transport and Logistics Awards – now in their 11th year – as a platform to applaud their success. From freight and rail to retail and architecture, they showcase the range of opportunities that redefine an industry traditionally seen to offer manual, male-dominated jobs.

By doing this, everywoman aims to create vital role models to inspire women to explore the many and varied career opportunities in the sector. 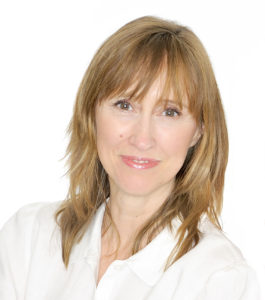 This year’s awards programme will see two winners per category – one industry ‘Leader’ with a breadth of experience and one individual at any stage of their career, who is going ‘Above and Beyond’ in their business sector. An ‘Industry Champion’ Award will shine the light on a woman contributing to the progress of other women, while a ‘Male Agent of Change’ will be recognised for his commitment to gender diversity. For the first time in 2019, the industry’s fresh talent will also be celebrated by the ‘Apprentice of the Year’ Award.

Maxine Benson MBE, Co-Founder of everywoman, comments, “Women account for only 18% of the overall transport and logistics industry, which is a cry for urgent change to be made, considering the value they add. Encouraging women to pursue senior positions is crucial for the growth of the sector. Building the future of logistics means highlighting the role of technology and emotional intelligence in more creative job roles. This proves how many opportunities are also out there for the younger generation. Our finalists this year are already occupying these roles and their success stories will inspire others to do the same.”

She added, “Each year our awards play a vital role in changing the perception of the transport and logistics industry. With each success story shared by our nominees, more women are inspired to explore the variety of fulfilling careers in this ever-evolving industry. This year, we are highlighting the role that technology plays in creating even more opportunities in the industry and how this identifies the need for many different skills. And because we know that businesses with a more gender diverse workforce are 46% more likely to outperform those without, it is imperative that more women enter the industry.”

This year’s award winners will be announced at a ceremony at the Grosvenor House Hotel in London on 13 June.

The Customer / Passenger Award – Awarded to two women excelling in their role for customers / passengers in transport, logistics and freight

The Supply Chain Award – Awarded to two women who are innovating and excelling in their role within the supply chain environment.

The Warehousing Award – Awarded to two women who are excelling in their role within a warehousing environment.