UK commercial vehicle production declined by -70.9% last month, according to figures released today by the Society of Motor Manufacturers and Traders (SMMT). Just 2,162 vans, trucks, buses and coaches left production lines as planned shutdowns to prepare for model changeovers resulted in the substantial drop in output.

Production for both home and overseas markets experienced significant declines in the month, falling -27.1% and -89.9% respectively. The proportion of exported CVs fell to 24.3%, the lowest level on record.

Year-to-date volumes remain ahead, up 10.3% compared with 2018, driven by a rise in demand from the domestic market. However, exports continue to drive output, making up nearly 60% of production in the first four months. 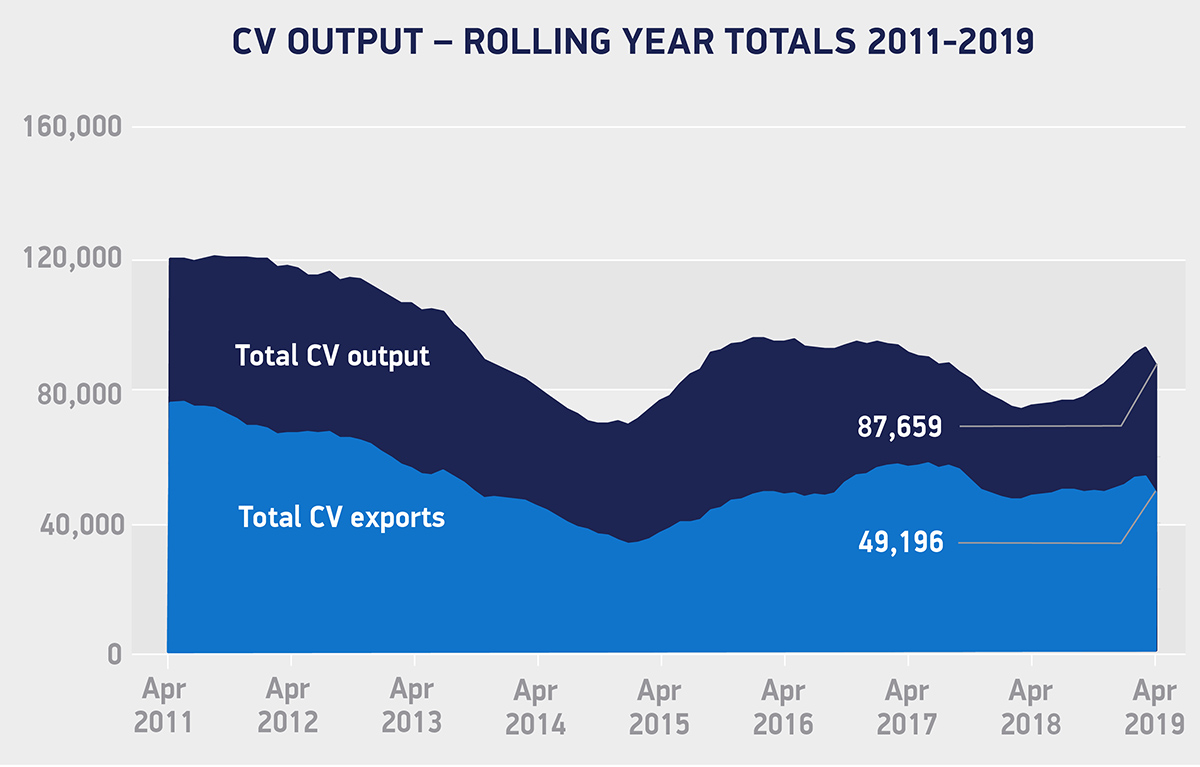 While April’s decline is significant, production shutdowns make it an exceptional month, and the cyclical nature of the sector means caution is always advised when making monthly comparisons. With overall production still driven by exports – the majority to the EU – for this vital sector to thrive, we need to restore confidence and stability, and this means securing a free and frictionless trade deal with our biggest customer.