Production fell for both home and overseas markets, down -35.6% and -84.8% respectively, highlighting the sector’s reliance on exports. This second consecutive month of heavy loss meant year-to-date output decreased for the first time since September, down -6.3% compared with the first five months of 2018. 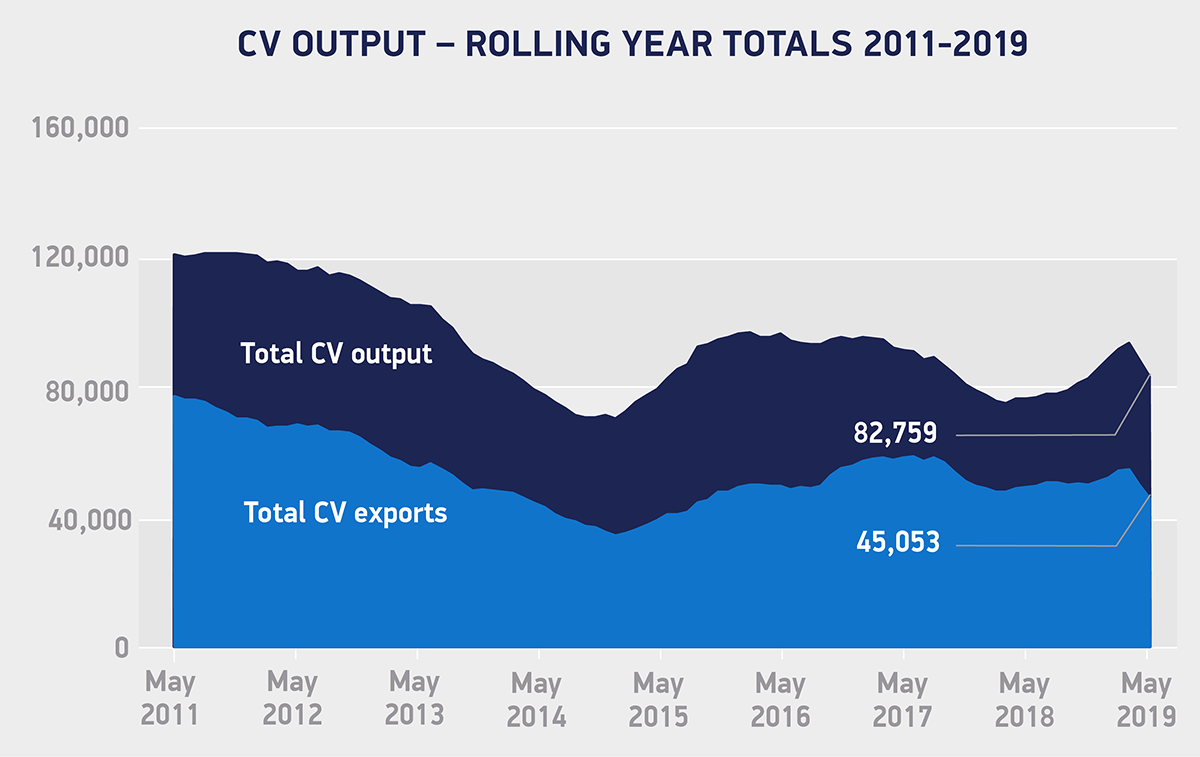 While key model changes and fluctuating fleet buying cycles were behind the second month of significant decline for CV manufacturing, we shouldn’t ignore the wider challenges facing the industry. The large decrease in output for overseas markets highlights the sector’s reliance on international trade, particularly with the EU, where more than nine out of 10 exports are headed. Future growth is pinned on a Brexit deal that guarantees free and frictionless trade.