UK commercial vehicle (CV) production fell by -57.2% in June, according to figures released today by the Society of Motor Manufacturers and Traders (SMMT). Manufacturing for both home and overseas markets experienced declines in the month, falling -44.7% and -65.4% respectively. 3,345 vans, trucks and buses left production lines last month, as key model changeovers continued to impact output.

In the first six months, output fell -15.8% on the same period in 2018. The overall fall was driven by three months of significant decline following a strong start to the year. Home production increased by 11.1%, while exports fell -29.2%, with 19,735 units shipped abroad in the first half of the year. However, exports still account for more than half of all UK CV manufacturing, with the majority destined for the EU.

Although model changes and fluctuating fleet buying cycles are behind the recent decline, these half-year results once again demonstrate the importance of exports to UK commercial vehicle production. Exports to the EU account for a substantial part of CV output, therefore a Brexit deal that maintains frictionless trade and secures our competitiveness will be key to the future viability of this valuable UK sector. 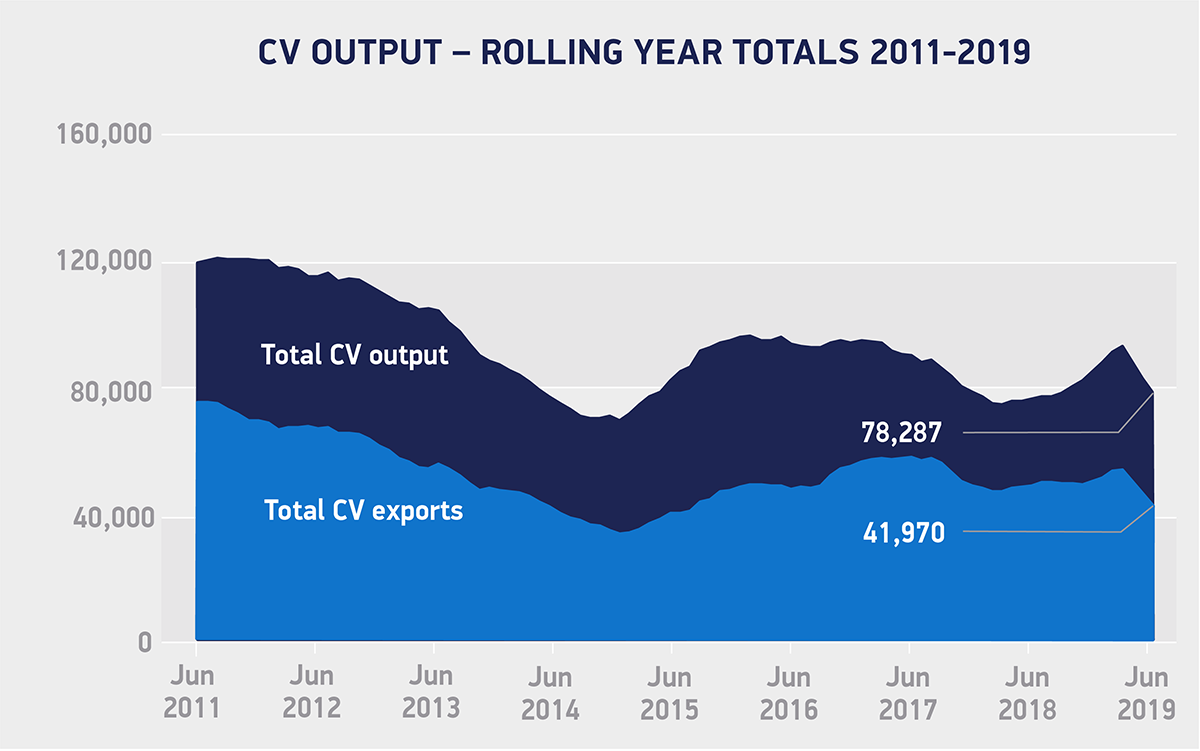