British commercial vehicle (CV) production declined -31.2% in July, the fourth successive month of negative growth, according to figures released today by the Society of Motor Manufacturers and Traders (SMMT). Production for both home and overseas markets fell, by -16.8% and -39.8% respectively, as model changeovers continued to affect factory output. 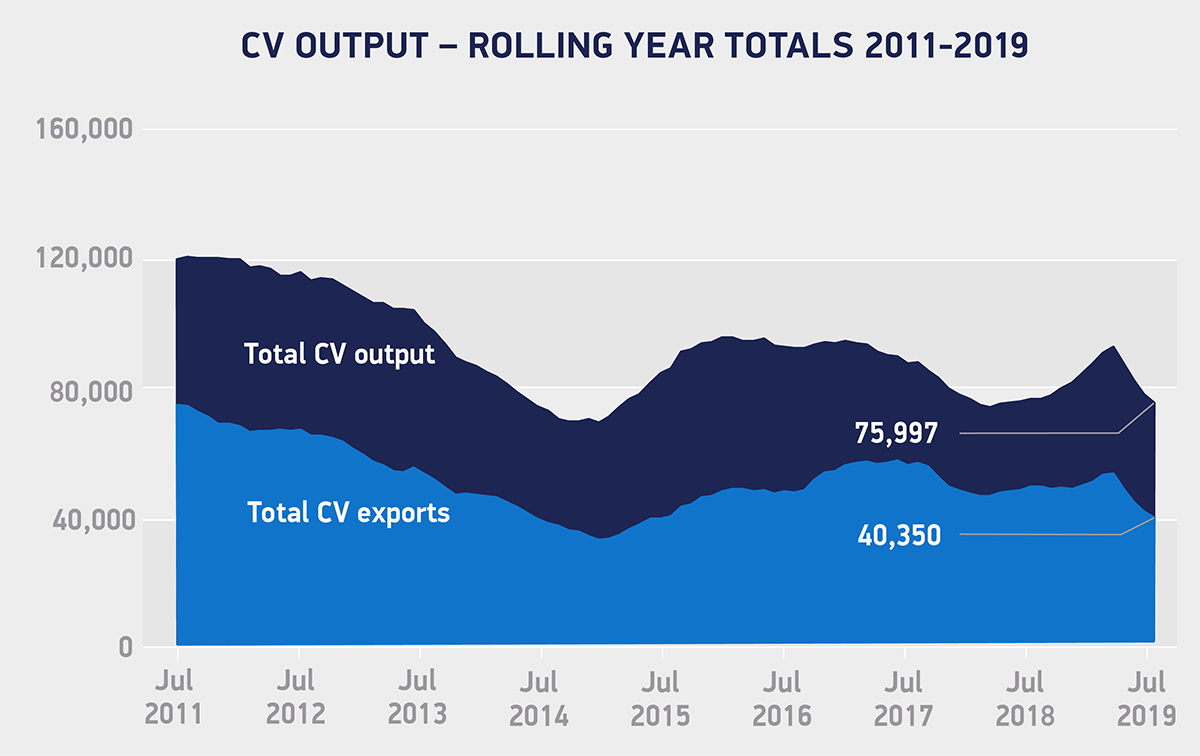 Just over 5,000 commercial vehicles rolled off production lines last month, some 2,290 fewer units than in the same month in 2018, with the fall driven primarily by the reduction in exports. In the year to date, despite a 6.5% increase in production for domestic buyers, overseas demand has driven output and, with orders down by nearly 10,000 units, it means year-on-year overall volumes have fallen -18.1% since January.

However, for the sector to take advantage of the currently buoyant domestic van market and grow overseas orders, which still account for the majority of production, we need to maintain competitive trading conditions to encourage future investment.