UK car manufacturing output fell -4.0% in October, with 134,752 units rolling off production lines, according to figures released today by the Society of Motor Manufacturers and Traders (SMMT). This was 5,622 fewer models than in October last year. British car production has now fallen in 16 of the last 17 months, with August the outlier due to ‘no deal’ Brexit contingency shutdowns earlier in the year artificially boosting output that month.

In October 2019, production for the home market declined -10.7% as consumer and business confidence continued to wane, while overseas orders were down -2.6%, a result of soft demand in some key markets. Model changeovers also played a part in the downturn, while in the year to date car production is down -14.4% to 1,123,926 units, with the majority, 80.5%, heading abroad to destinations around the world. These include the EU, US, China and Japan. 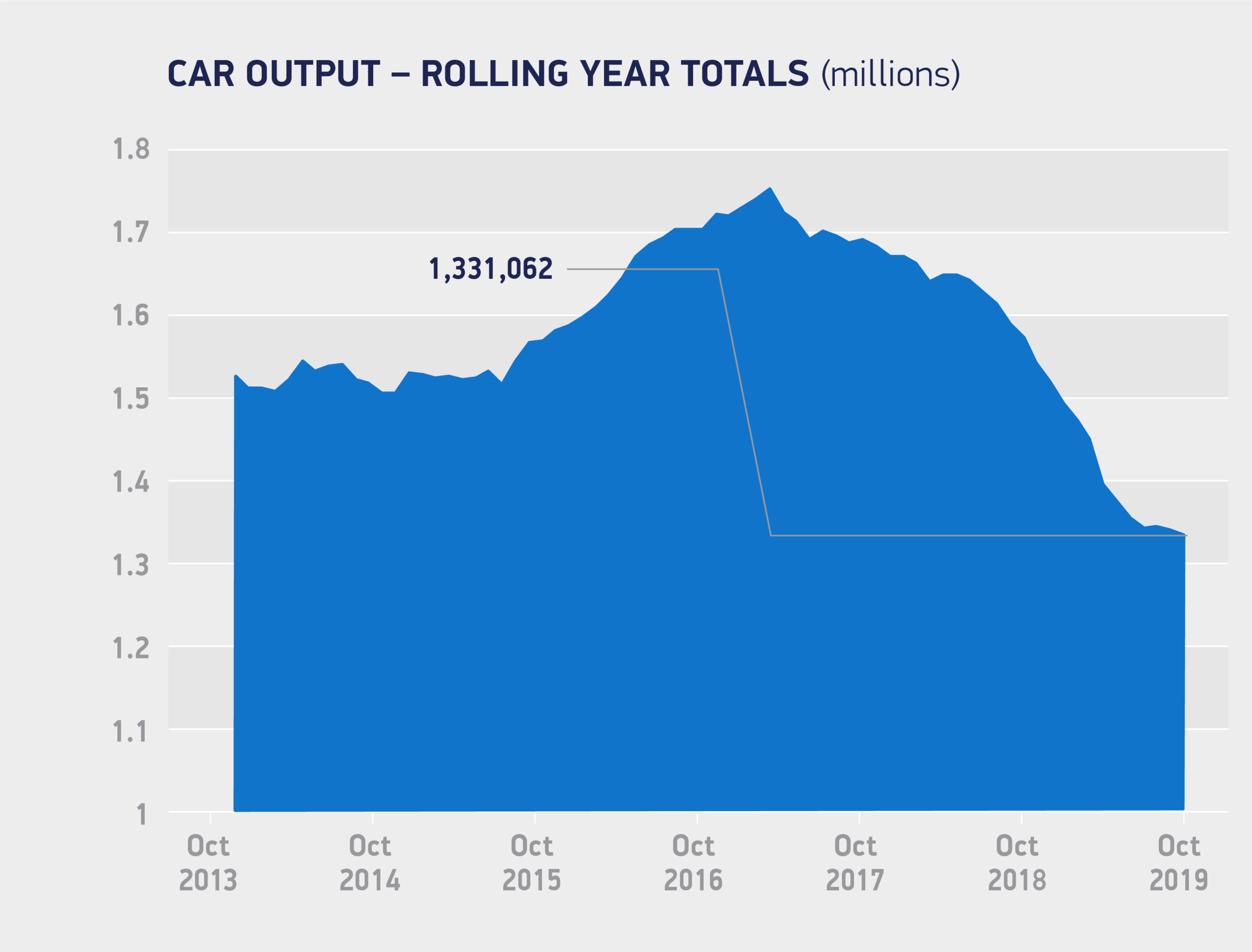 Yet another month of falling car production makes these extremely worrying times for the sector. Our global competitiveness is under threat, and to safeguard it we need to work closely with the next government to ensure frictionless trade, free of tariffs, with regulatory alignment and continued access to talent in the future. This sector is export led, already shipping cars to more than 160 countries, and in a period of unprecedented change a close trading relationship with the EU and preferential trading with all these other markets will be essential to keep automotive in Britain.