Car production in the UK fell significantly in November, down -16.5%, with 107,753 units manufactured, according to figures released today by the Society of Motor Manufacturers and Traders (SMMT). Trends seen throughout the year, including soft consumer and business confidence, weak demand in overseas markets and model production changes, combined to impact output in the month.

An additional factor in the poor performance in November was the factory shutdowns around Halloween, planned closures to mitigate against any disruption arising from the potential departure of the UK from the EU without a deal on 31 October. These stoppages were in addition to those in April, when car production fell -44.5%, and add to the list of costly Brexit contingency measures implemented by the automotive sector – a bill that stands at more than £500 million. 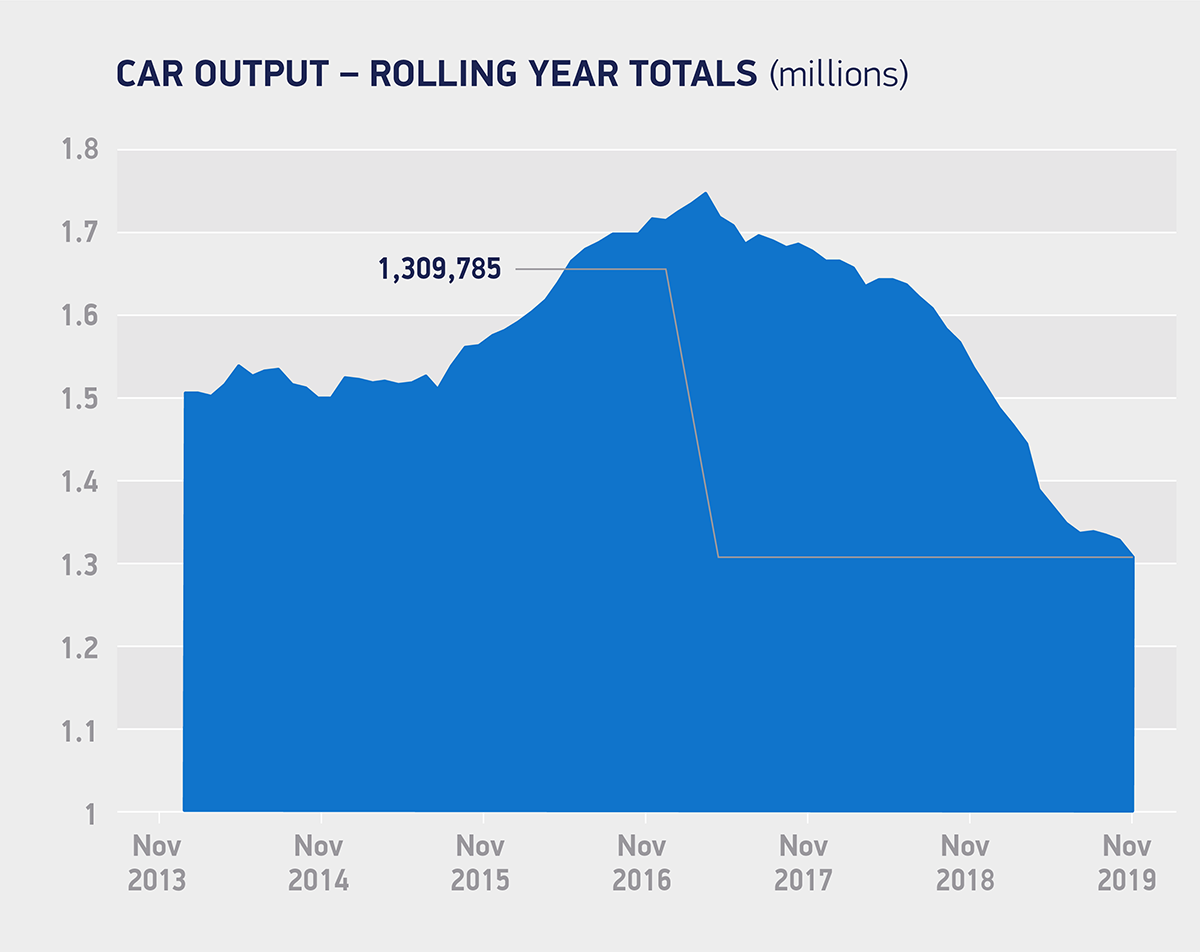 UK car production is export-led, so we look forward to working with the new government to deliver an ambitious trade deal with the EU. To ensure our competitiveness at a time of dramatic technological change, that deal needs to be tariff free and avoid barriers to trade, which, for automotive, means that our standards must be aligned. This can be achieved if government and industry work in partnership to re-establish the UK as a great place to invest and ensure that automotive keeps delivering for Britain.