Grey cements position as Britain’s no1 car colour in 2019 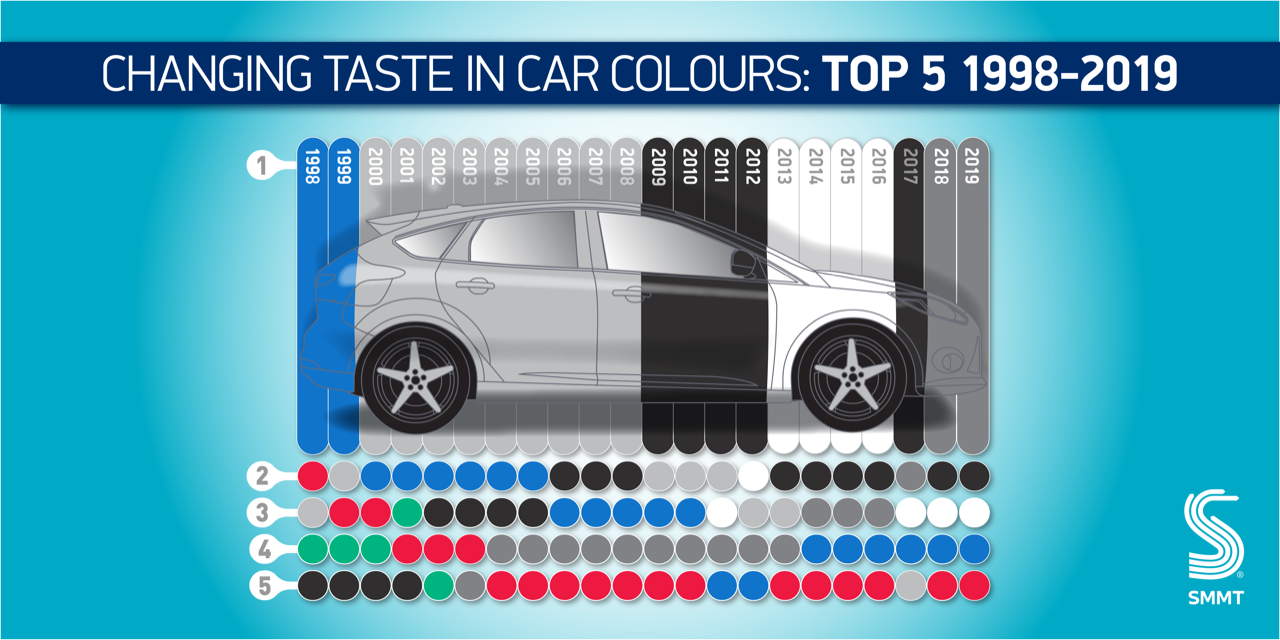 Grey cemented its position as the UK’s favourite new car colour in 2019, having hit top spot for the first time in 2018, according to the latest figures released by the Society of Motor Manufacturers and Traders (SMMT). The number of grey cars registered in the year rose 5.3% to 521,273 and meant an increased market share for the colour, with more than one in five new cars (22.6%) sold painted grey.

Black and white rounded out the top three colours of the paint chart, meaning 60.7% of all new cars joining British roads in 2019 were shades of monochrome, although registrations of black cars were down -2.4% and white cars down -4.1%. The top 10 was largely unaltered year-on-year, save for the reappearance in 10th place of yellow, which was knocked out in 2018 by beige.

Silver, which has been in the top three 16 times in the last two decades, posted its lowest number of registrations for 20 years, with 201,008 models specified in the colour.2 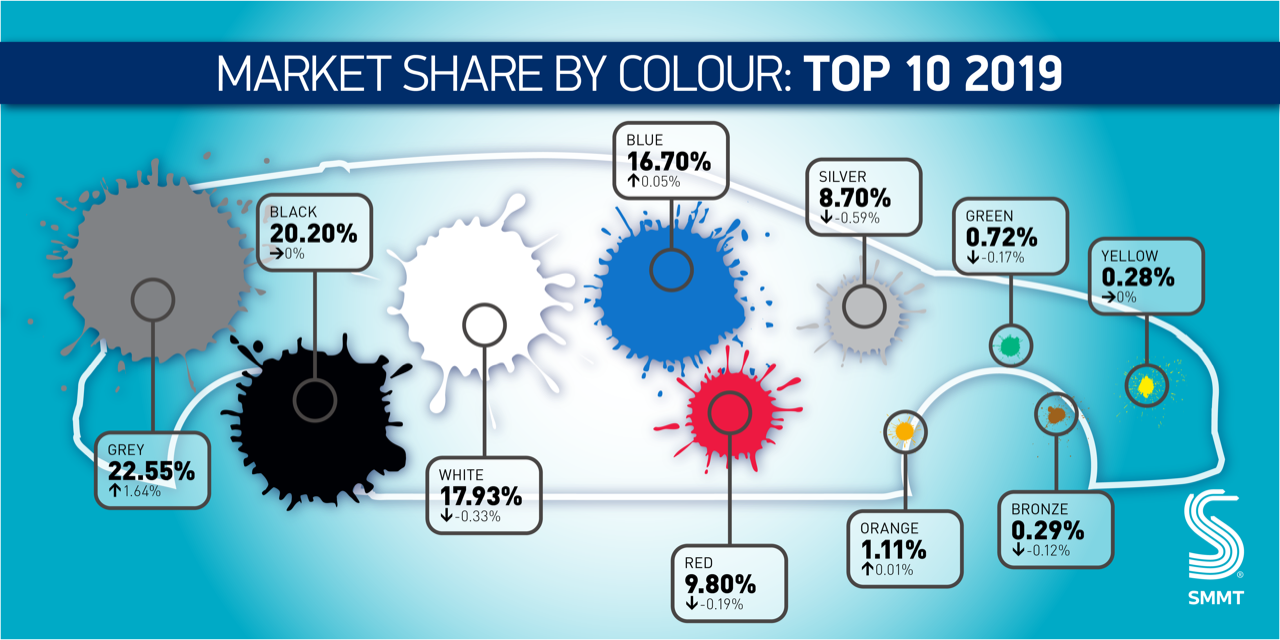 Grey remained consistently the favourite choice across the UK in 2019, apart from in Scotland and the Channel Islands, where white was the preferred hue. Nationwide, meanwhile, the least popular colours were maroon, cream and pink, combined taking less than 1% of all registrations. 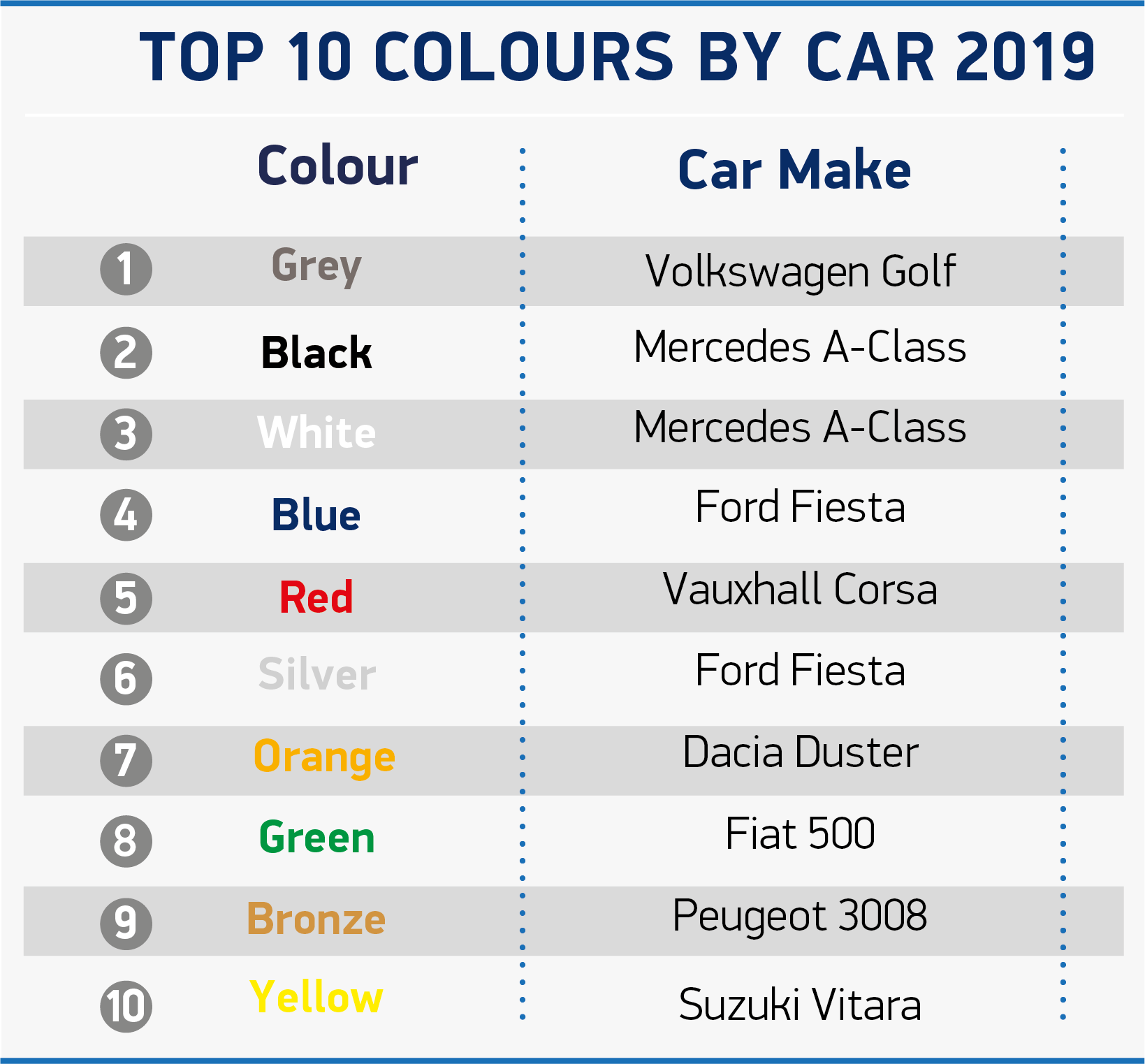 There were different tastes on show at opposite ends of the market – the smallest cars in the mini segment were more likely to be white, while executive and luxury saloon cars were more commonly found in black. Diesel and petrol drivers tended to opt for grey, but the most popular colour for zero emission battery electric vehicles was white.

For most buyers, the colour is the first of many options they’ll select on their new car, and today there are more possibilities to personalise your car than ever before. Drivers can choose from many hundreds of models equipped with the latest low and zero emission powertrains, advanced safety and connected tech and exciting comfort and convenience features. There really is something to suit every driving need – and colour taste – on the market in 2020. 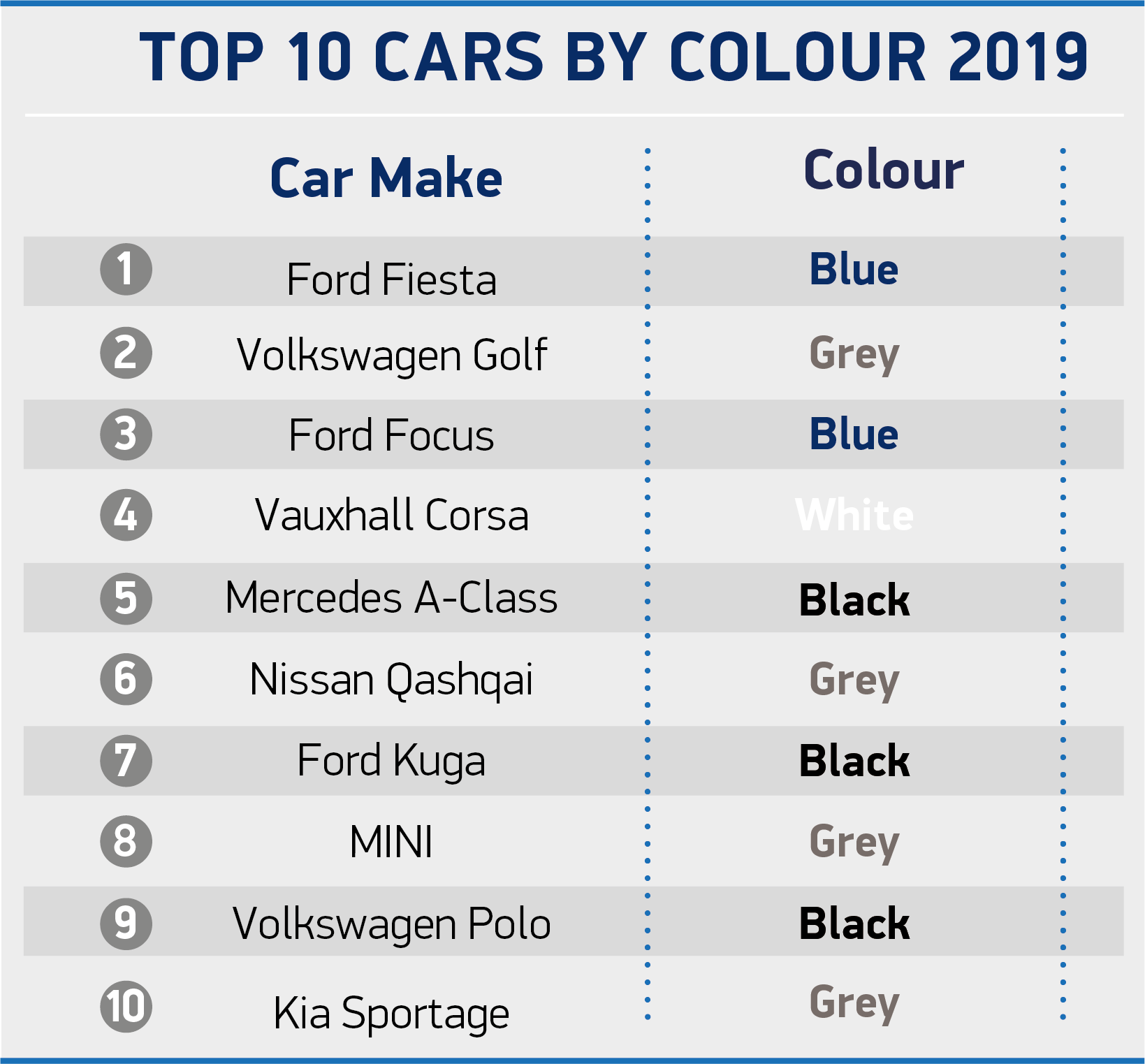