UK commercial vehicle manufacturing declined -7.8% in 2019, with 78,270 units leaving production lines, according to the latest figures released today by the Society of Motor Manufacturers and Traders (SMMT). The fall in output follows a turbulent year for CV production, as model changeovers, variable fleet buying patterns and regulatory issues combined to affect production numbers.

These issues ensured output for the domestic market declined by -7.0% in the year, with 2,408 fewer UK-built CVs joining British roads. Meanwhile, exports also dropped, down -8.4% to 46,110 units. Almost six out of every 10 vans, trucks, taxis and buses built in the UK in 2019 were exported, with 94.6% of those going to the EU, highlighting the vital need for a free trading relationship with the bloc. While Europe was by far the sector’s biggest overseas customer, British-built CVs were shipped to at least 57 different countries globally, including 619 units to Israel, 299 to Australia and 168 to Hong Kong. 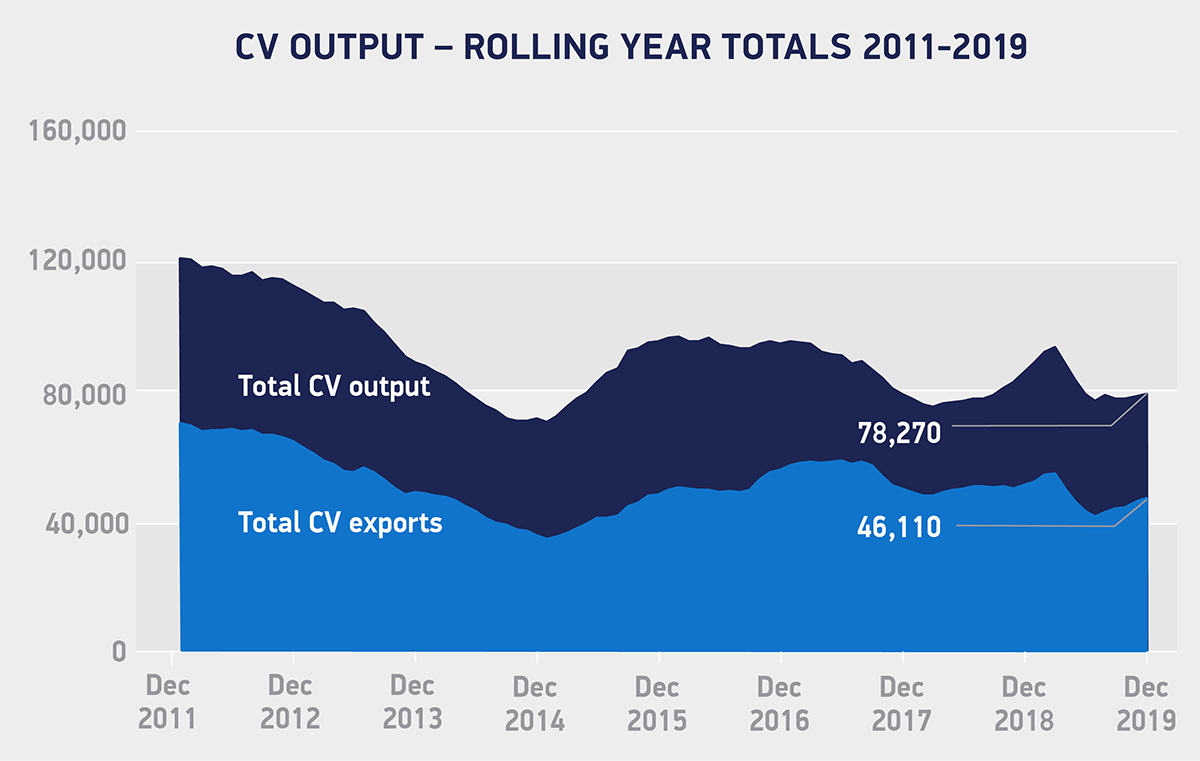 December finished the turbulent year on a positive note, however, as new model production ramped up. CV output rose 8.7%, with manufacturing for export rising by almost a third (30.5%). Meanwhile, continuing the trend seen in recent months, production for the home market declined -18.6%.

2019 was a turbulent year for British commercial vehicle production, with key model changeovers and some regulatory issues contributing to the falling output. With model changeovers now complete, we expect to see CV output bounce back this year, however, this is reliant on political and economic stability that supports domestic demand.

Given exports still account for the majority of UK output, with nine in ten vehicles shipped overseas destined for the EU, we need a trading relationship with Europe that protects this vital pillar of UK manufacturing, and this means a tariff-free trade agreement that puts automotive at its centre.