British car production fell -2.1% in the first month of 2020 according to figures released today by the Society of Motor Manufacturers and Traders (SMMT). Factories turned out 118,314 units in January, the fifth successive month of decline, with the majority (82.7%) built for export worldwide. UK car production has now fallen in 19 of the last 20 months. 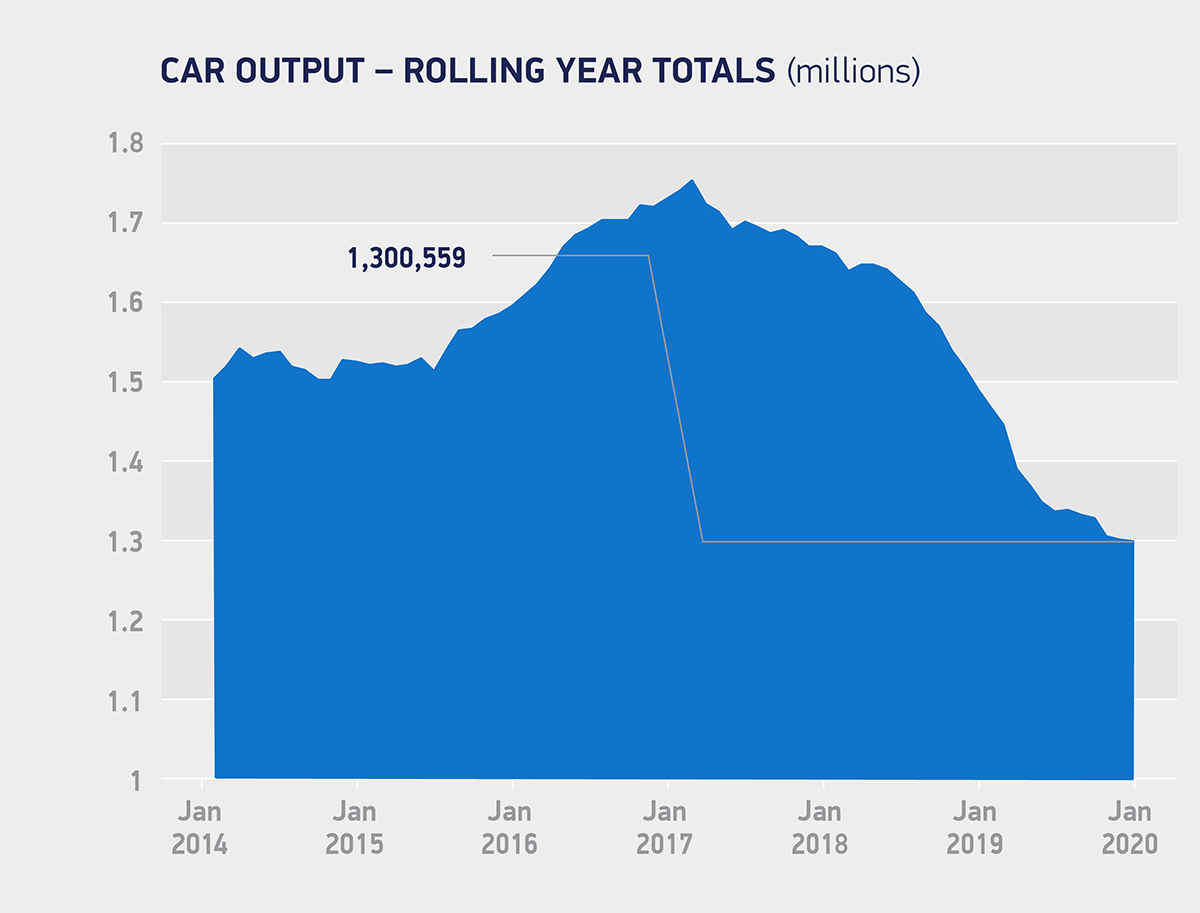 Overseas orders rose 4.1% to 97,870, boosted by the appeal of the latest models coming to market from certain brands, with rising demand for them in key European and Asian markets. However, this growth failed to offset a double-digit fall in production for the UK. Output for the domestic market fell sharply, down -23.9%, with continuing weak confidence meaning January car production overall recorded its lowest total for nine years.1

Exports are the bedrock for UK car manufacturing so a rise in January exports is welcome following recent declining demand in overseas markets. These figures, however, still give great cause for concern, with another month of falling car production driven by a lack of confidence and corresponding weak demand in the UK. The upcoming Budget is an opportunity for the government to provide supportive measures to stimulate the market, but the biggest boost would be the agreement of an ambitious free trade deal with Europe. This would end the ongoing uncertainty and help the UK to recover its hard-won reputation as a great place for automotive investment.