Only 15 commercial vehicles manufactured in April, down -99.3% due to coronavirus shutdown

UK commercial vehicle (CV) production fell -99.3% in April, with just 15 units leaving production lines, according to the latest figures released today by the Society of Motor Manufacturers and Traders (SMMT). As plants were forced to close their doors due to the global pandemic, only a handful of commercial vehicles left factory gates to complete existing orders, all destined for the UK market, with zero exports in the month.

Year-to-date commercial vehicle production fell -27.6% on what was already an exceptionally weak April in 2019, when volumes fell a staggering -70.9% due to planned factory shutdowns timed to mitigate any disruption arising from the anticipated March Brexit. 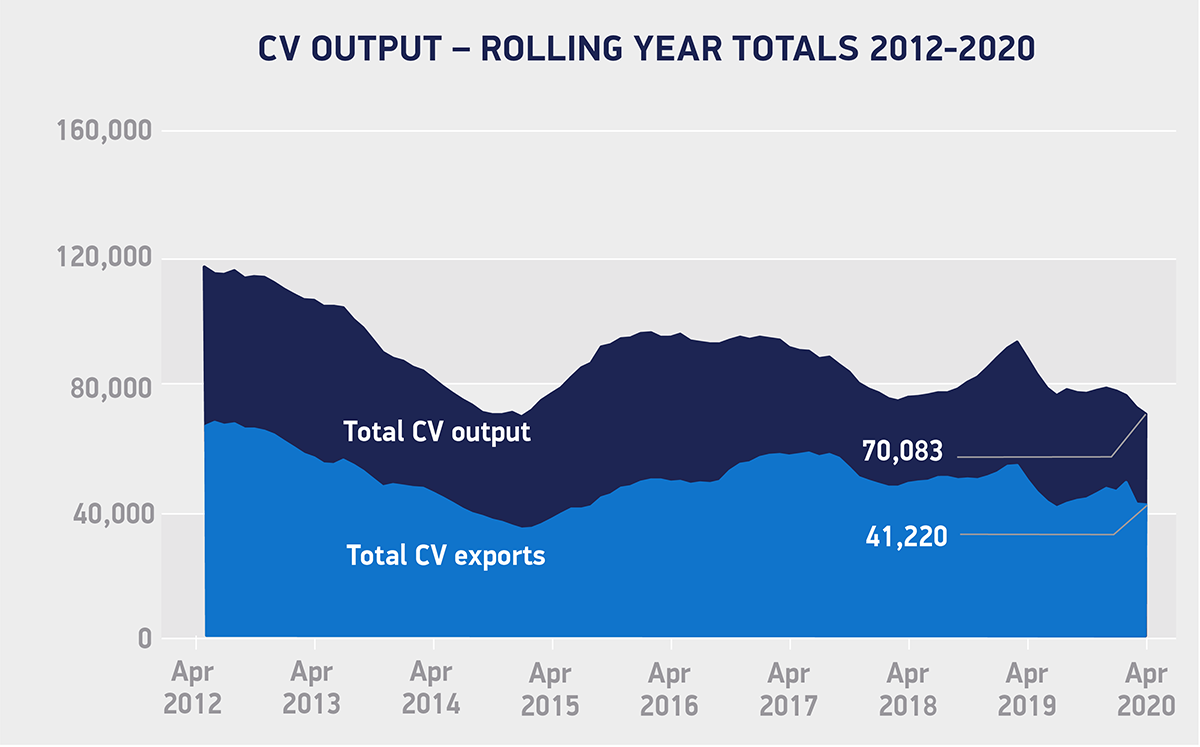 Although vehicle production was halted in April as key global markets closed, many manufacturers continued to make spare parts and offer repair and maintenance services to help keep essential vehicles on the road and supply chains moving throughout the crisis.

These figures, though unprecedentedly low, are not surprising given the exceptional circumstances. However, they do illustrate the incredible challenge facing the UK commercial vehicle sector and, consequently, the wider economy. Production lines are beginning to roll again but, with strict social distancing measures in place, scaling up to full capacity will be a gradual process. To accelerate a sustainable recovery of this critical and fundamentally strong industry and futureproof jobs, we will need government’s ongoing support.