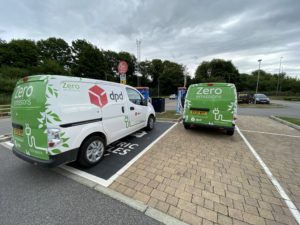 TNB: Tell us a bit about your business. When were you founded, where are you based and how many people do you employ?

Engenie was founded in 2013 as a proof of concept business for open-access EV rapid charging. Following an initial pilot of six rapid chargers, crowdfunding then investment from Investec and Cube Infrastructure Fund enabled the business to expand and embark on a UK-wide roll-out of rapid chargers at convenient locations (160 chargers and counting).

The 25-strong team is based in London Bridge.

What does the business do?

Engenie is an EV charging network operator specialised in public rapid chargers. Providing a refuel in around 20-40 minutes and always situated somewhere with coffee and food, our sites are visited by a growing number of light commercial vehicles such as courier vans and fleet drivers who have made the switch to electric.

We currently accept the Allstar One Electric Fuel Card and are expanding to other fuel cards, as well as offering volume discounts to make charging as easy and as cost-effective as possible. We are also now installing several high-power chargers (100kW and above) for an even quicker charge at locations on major routes.

We provide this charging network by partnering with commercial landlords and local authorities to install and operate chargepoints on their sites, fully funded and managed by Engenie, so everything from paying for the connection to the electricity grid to answering driver phone calls. Our landlord partners span restaurant chains such as independent brewing and pub retailing business Marston’s, retail parks such as Brookhouse Group, local authorities such as Cardiff Council, and transport hubs such as HS1 and Transport for London. We are also in conversation with fleet operators where dedicated rapid charging solutions are required. Every charge point is powered by 100% renewable electricity, forming a major part of Engenie’s commitment to enable a low-carbon transport system and pollutant-free air.

How is business? What’s the outlook for the year ahead?

The outlook for the electric vehicle market is very good, as the monthly SMMT numbers show. EV registrations in the UK, and particularly pure electric vehicles, have seen growth throughout the COVID-19 period when the rest of the automotive numbers have been in decline. There are now more than 10,200 plug-in vans on UK roads, with duty cycles and daily mileages that require rapid charging to sustain.

Though it has been a time of turmoil and uncertainty for commercial property, we are seeing a strong appetite to provide public EV charging, from both landlords and large retailers, in recognition of this accelerating EV market and with an interest benefiting from the growing demand. Providing EV charging in places other than traditional petrol stations will help determine where drivers go for their re-fuelling breaks when vehicles are back on the road in PRE-COVID-19 numbers. Engenie is already seeing bounce-back demand for our locations with coffee, quick-serve food and amenities from commercial and light fleet vehicle drivers.

What are the big issues or technological advances that fill you with positivity?

We’re excited for the improvements that can be made in opening up public rapid charging to drivers beyond the original early-adopter private passenger car market. Historically, rapid charging infrastructure in the UK has been fragmented, poorly maintained and too few and far between. With ‘pushes’ from government and cities such as ULEZ zones, and ‘pulls’ for fleet managers and drivers looking to save on overall cost of ownership (BIK tax is 0% for EVs and they are much cheaper to run and maintain), the case will be met for thousands more commercial electric vehicles. Established charging companies are rising to this challenge by linking up with fuel cards, offering volume discounts on account and ensuring ubiquity of contactless bank card readers on chargers. Networks that don’t adapt won’t survive. In the 2020s, expect a charging landscape that is actively meeting the needs of all electric vehicle types and uses coming onto UK roads. 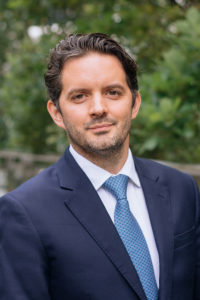