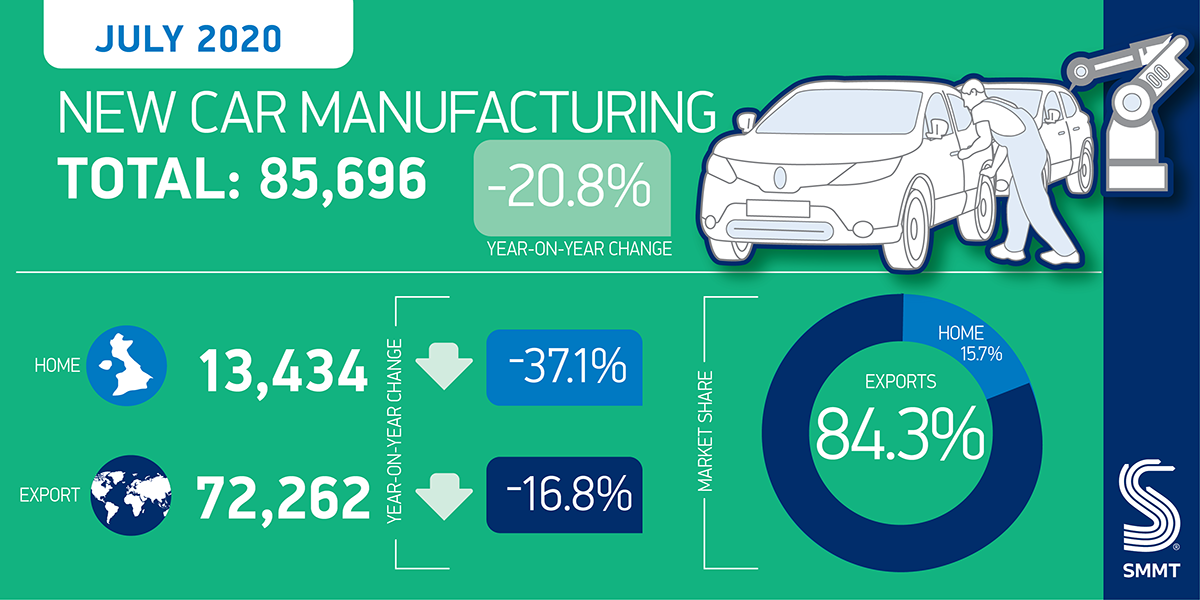 UK car manufacturing output fell -20.8% in July as 85,696 units rolled off production lines, according to figures released today by the Society of Motor Manufacturers and Traders (SMMT). The month saw the ramp up of production continue, as global lockdown measures eased and nearly all factories reopened, however, social distancing measures and ongoing economic uncertainty still stifled output.

With almost all UK car showrooms able to open throughout July, production for the UK market improved compared with May and June. However, it still fell by a dramatic -37.1% year-on-year, with just 13,434 units leaving factory gates. Manufacturing for export also fell, but by a slightly less substantial -16.8% to total 72,262 units. Exports accounted for more than eight out of 10 vehicles built in July with buyers in overseas markets, including the EU, China and the US, attracted to the latest cutting-edge UK-built models. 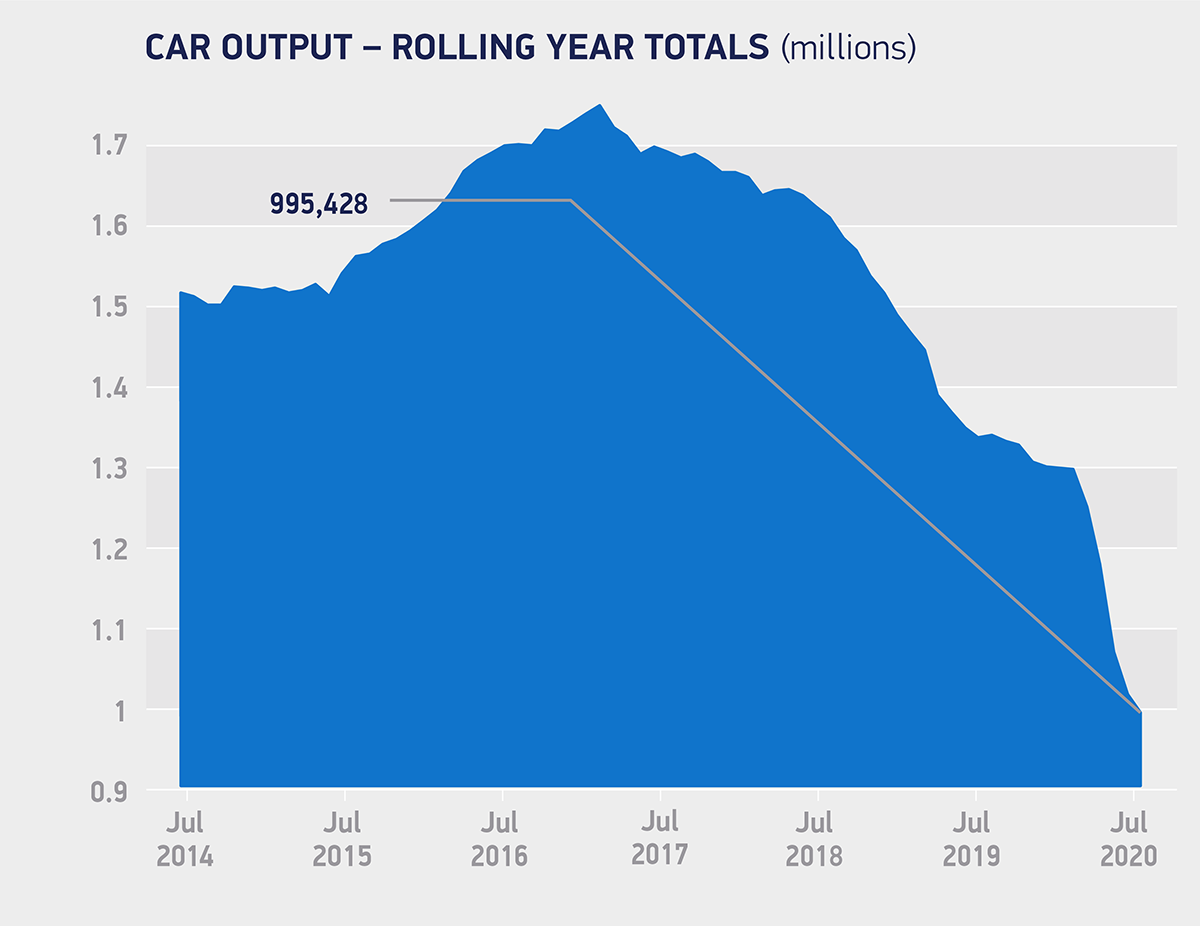 As key global markets continue to re-open and UK car plants gradually get back to business, these figures are a marked improvement on the previous three months, but the outlook remains deeply uncertain. With the sector now battling economic recession as well as a global pandemic, it has neither the time nor capacity to deal with the further shock of a ‘no deal’ Brexit. The impact of tariffs on the sector and the hundreds of thousands of livelihoods it supports would be devastating, so we need negotiators on both sides to pull out all of the stops to ensure a comprehensive free trade deal is agreed and in place before the end of 2020.