UK commercial vehicle (CV) production declined -11.5% in August, according to the latest figures released today by the Society of Motor Manufacturers and Traders (SMMT), with 4,915 commercial vehicles rolling off production lines. The decrease follows a particularly buoyant August 2019, when new model production boosted factory output, marking the best August since 2012.1

Production for the domestic market grew 22.3%, while demand from key markets such as Europe, the Americas and Asia fell, decreasing exports by -29.6% and bringing the overall share of vehicles built for overseas customers down to 51.8%.

While restrictions tighten both at home and abroad ahead of a second wave of the coronavirus pandemic, UK commercial vehicle production is yet to make up a shortfall of more than 9,000 units, with year-to-date performance now down by -20.0% year on year in the first eight months. 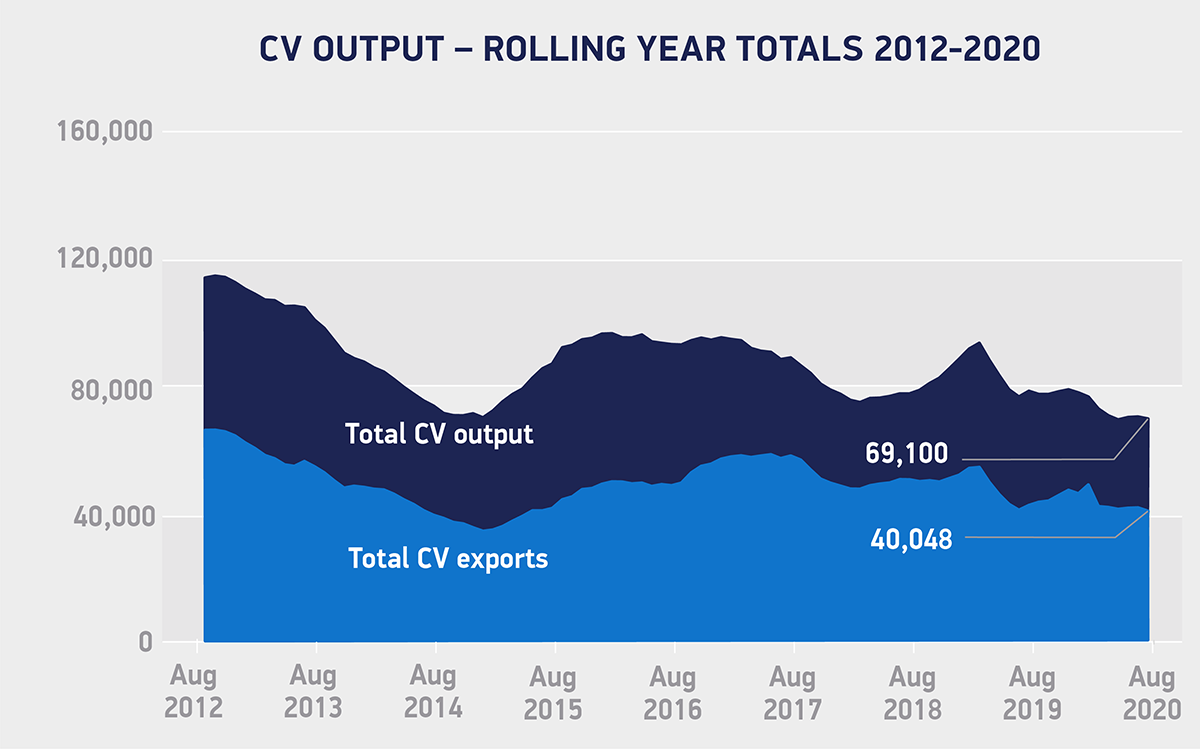 Commercial vehicle manufacturers are facing multiple challenges as a second wave of coronavirus results in tighter restrictions on their own operations and those of their customers. We welcome yesterday’s introduction of a job support scheme and await more detail on how it will work for these businesses that have been so reliant on the current furlough scheme. However, we also still need immediate measures for suffering bus and coach manufacturers and their supply chains as we head into a difficult winter with no long-term solution in sight for plummeting ridership numbers. More broadly, with the looming end to the Brexit transition period, the sector faces the prospect of even greater strain on its tentative restart.