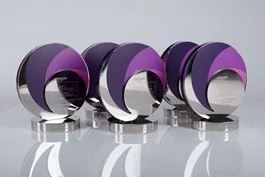 An online ceremony has rewarded 15 individuals for their accomplishments in the transport and logistics sector. The awards celebrate outstanding female talent and champion their achievements.

According to Everywoman, eight categories plus, for the first time, an International Inspiration Award, aim to “reveal the breadth of opportunities available to women in an industry often associated with men.”

The headline Woman of the Year Award was won by Louise Whitehouse, managing director of fleet maintenance at FedEx Express. Whitehouse was the youngest ever depot manager before becoming FedEx’s first female managing director. Her achievements include setting up the FedEx Woman’s Network, which encourages networking and the sharing of success stories, plus development of mentoring and apprenticeship schemes.

Co-founder of Everywoman, Maxine Benson MBE, said, “Never before has the value of the transport and logistics sector been so highlighted as in 2020, when we ceased to take our supply chains for granted. From those taking their first steps into the working world, to those women who have pioneered change and championed diversity throughout their long careers, our winners represent the outstanding talent that exists in the transport and logistics industry today.”

Each category offers an Above and Beyond Award and Leader Award. The first recognises commitment to going the extra mile, while the Leader Award celebrates a woman in a senior role making a significant contribution to the company’s strategic direction.