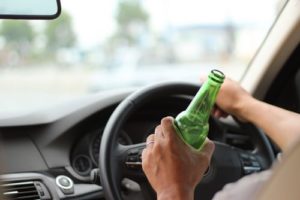 A new YouGov survey has revealed that 82% of respondents support the mandatory fitment of interlock devices to buses and coaches. The technology is designed to tackle the growing problem of drink driving in the UK by preventing a driver who is under the influence from taking control of a vehicle.

A PACTS (Parliamentary Advisory Council for Transport Safety) report is expected later this year, which assesses the viability of utilising interlock technology in association with drink drive rehabilitation programmes. 83% of survey respondents supported the use of such devices by repeat drink drive offenders.

One of the companies lobbying for this initiative and which commissioned the YouGov survey, Draeger Safety UK believes its interlock devices can also have a resounding impact on the commercial vehicle industry.

Graham Hurst, marketing manager at Draeger, told TNB, “Data backs-up the success of similar reoffender programmes in countries such as Australia, America and parts of Europe. In America, there is evidence to suggest that interlock devices have prevented three million journeys where drink would have impaired the driver.

“Our UK fleet customers include haulage companies, bus operators and schools with minibuses,” he continued. “However, applications can include heavy machinery, rail or aviation.”

The devices referred to, such as the Draeger Interlock 5000 and 7000, are alcohol ignition interlock devices (AIID). These physically prevent a vehicle from being started once a positive sample has been detected. Drivers simply breathe into the mouthpiece much as they would for a standard breathalyser test. The Draeger devices consist of two parts: a handset and control unit. The first analyses the breath sample while the second either releases or inhibits the vehicle’s starter relay. Vehicle or fleet operators are able to set the desired alcohol limit, from anywhere between zero and the UK legal limit of 80mg/100ml.

The UK has one of the Scotland’s limit is 50mg/100ml, while Sweden allows only 20mg/100ml. A number of countries, such as Slovakia, operate a zero tolerance policy. Adoption of Scotland’s rate, at the least, is apparently commonplace for Draeger’s commercial vehicle customer base.

“Interlock protects drivers, the public and company reputation,” explained Hurst, citing a European fleet customer that has experienced zero alcohol related incidents across their near-50 trucks since fitting Interlock devices. “We are working hard to overcome the natural scepticism associated with anything new, offering products that can be specified to individual requirements and trying to align purchasing options – offering a lease agreement, for example, which helps manage large lease fleets of often fluctuating size. This is timely with the boom in home deliveries during Covid.”

Interlock devices offered by Draeger offer a degree of modularity. For example, GPS, data capture and real-time transfer can enhance a fleet management system. Engine start attempts, a refusal to provide a sample, device tampering or a failed test can all be recorded and transferred in real-time, providing fleet managers with insight into their drivers’ behaviour. A further option is fitment of a fully integrated camera system for recording of submitted breath samples: biometric face recognition methods ensure the person driving the vehicle is the same person who has taken the test.

The company tells us that, in its opinion, there is risk of drink driving becoming more commonplace following the first Covid lockdown: a perceived decrease in confidence in public transport and a reduction of vehicle sharing have resulted in fewer options for passenger vehicle users. “Especially for ‘morning after’ incidents, which account for around 1 in 9 failed breath samples,” adds Hurst. “Redundancies and unemployment can increase anxiety and depression, which are factors that may further impact drink driving figures.

The YouGov survey demonstrates that public support for mandatory interlock devices exists, and Hurst told us that a growing number of fleet operators – including some of the country’s largest – are keen to adopt the company’s solutions. With drink drive accident numbers increasing, it is crucial that methods are sought to protect road users and the public.