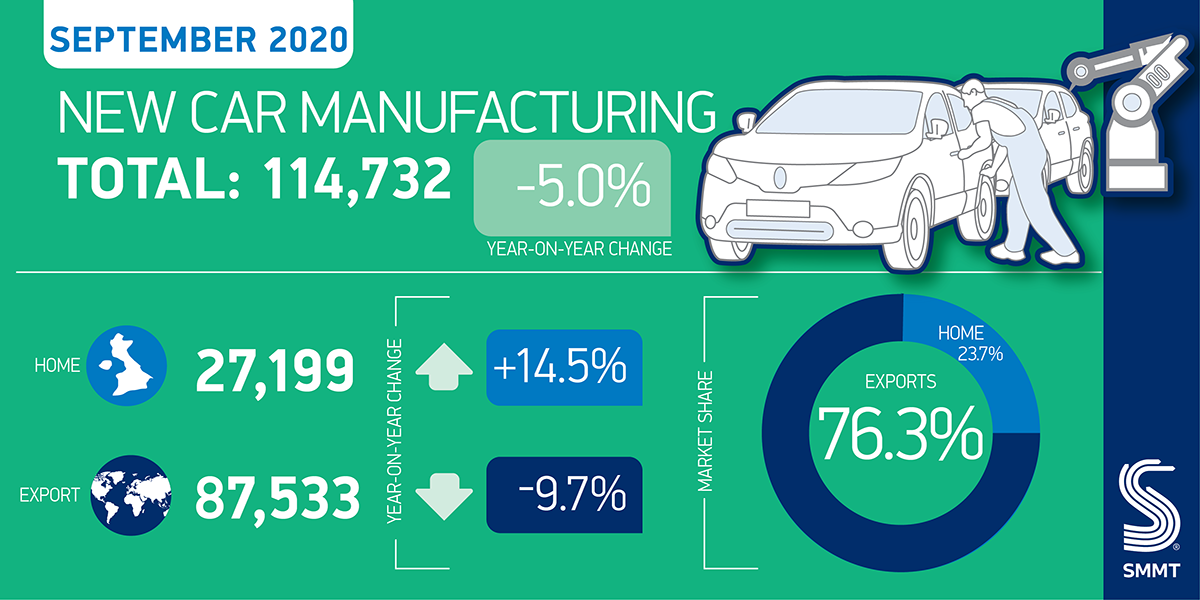 UK car production fell in September, with output down -5.0%, to register the worst performance for the month in 25 years,1 according to the latest figures published today by the Society of Motor Manufacturers and Traders (SMMT). Factories turned out 114,732 cars, a decline of some 6,000 units on the same month in 2019, as companies continued to wrestle with the uncertain economic and political environment and Covid-related challenging global market conditions.

After the first nine months of 2020, UK car production has dropped -35.9% behind 2019 levels, with 632,824 vehicles built. The latest independent outlook forecasts factories to make fewer than 885,000 cars this year – the first time volumes will have dipped below one million since 2009.2

Bucking the overarching trends, September production of the latest battery electric vehicles (BEVs) grew 37.0% year-on-year, with the overwhelming majority (76.6%) exported, many of these into the EU. With the prospect of ‘no deal’ still on the table, these figures come as SMMT analysis shows how a 10% World Trade Organisation (WTO) tariff would increase the cost of UK-made electric cars exported to the EU by an average £2,000 per vehicle.3 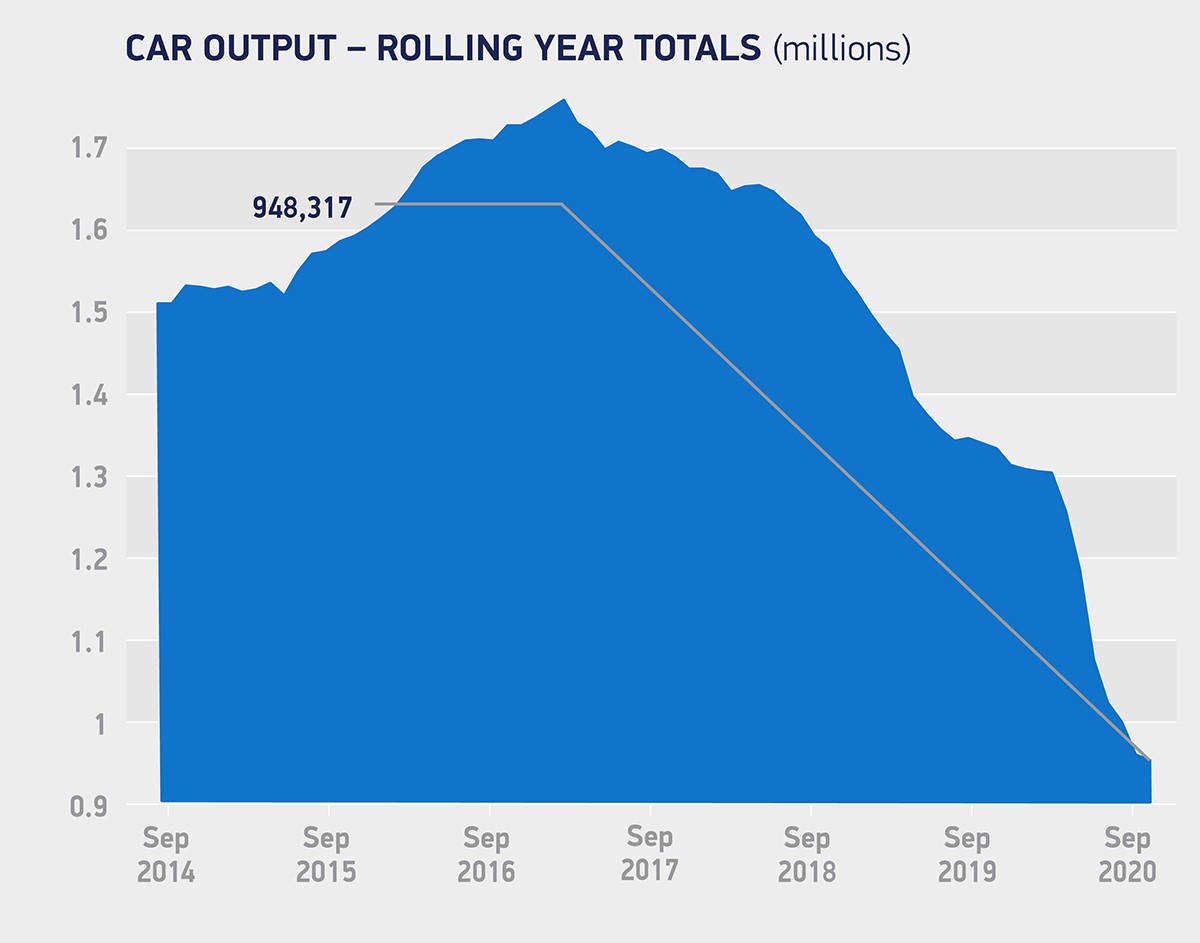 As the UK looks to increase its zero emission vehicle production capability, tariffs would have the opposite effect, making the country a less attractive destination for international investment and severely damaging industrial competitiveness at the worst possible time. With countries across Europe experiencing a surge in Covid cases, and with local lockdowns already in place across many parts of the UK and beyond, the final quarter of 2020 looks increasingly challenging.

These figures are yet more grim reading for UK Automotive as coronavirus continues to wreak havoc both at home and in key overseas markets. With the end of transition now just 63 days away, the fact that both sides are back around the table is a relief but we need negotiators to agree a deal urgently, one that prioritises automotive, enhances innovation and supports the industry in addressing the global threat of climate change. With production already strained, the additional blow of ‘no deal’ would be devastating for the sector, its workers and their families.