The theme of this year’s International Women’s Day, March 8, is #ChooseToChallenge. The cause seeks to “seek out and celebrate women’s achievements” to help “create an inclusive world.” The challenge within the commercial vehicle sector is clearly in recruiting fresh talent, and is being addressed by several manufacturers, suppliers and organisations who run programmes that not only incentivise a career in the CV sector, but demonstrate why it should be an attractive option for all genders. 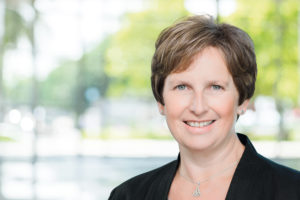 Figures from recruitment agency Monster suggest that only 13% of workers within the logistics industry are women. According to Logistics UK, despite achieving higher pass rates than men, only 8.6% of HGV tests are taken by females. With 64% of transport and storage businesses facing severe skills shortages, there lies a clear opportunity for men and women, but what is putting potential applicants off this career path?

According to 20-year-old Molly Watson, the UK’s youngest female CPC (Certificate of Professional Competence) and project manager at Osborne Motor Transport in South Shields, from a female perspective some of the issues lie with concerns over a reputation for long hours and essential hygiene factors at truck stops and service areas, and unsecured parking at night, describing it as a challenge that also impacts on operational roles within the sector.

Commenting on figures from Logistics UK that show under 2% of the 300,000 HGV drivers in the UK are women, Derek Jenkins, general manager for Monster in UK and Ireland, says, “A career in the industry is one with a range of development possibilities for both men and women. Workers can spend time listening to podcasts and audio courses. They can also upskill to bigger trucks, specialist trucks or additional forklift skills. HGV driving is a smart career choice. We are in desperate need of pioneering women who can change the perception of the industry. This is a clear opportunity for a sector that, even with extended furlough and lockdown measures, is still struggling to fill open vacancies.”

However, there are several programmes in place to challenge the gender imbalance across the industry, from drivers and logistics professionals to design and powertrain engineers.

Now a partner to International Women’s Day, DHL has an established history of inspiring greater gender equality across its operations. “At DHL, we are committed to building up the female talent pipeline at every level across the business,” Lindsay Bridges, DHL senior vice president HR, UK and Ireland, tells us. “Increasing the number of women in executive positions has been a business priority for more than a decade, and a significant amount of progress has been made here in regards to female career development, however we remain focused on new ways to make progress. 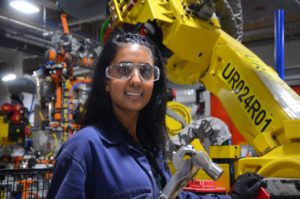 “We have introduced a company-wide ‘Shift Up A Gear’ initiative to further support the progression and placement of female candidates for management positions, by offering bespoke and targeted support for career development,” she continues. “Our approach looks to provide visibility and validation of female talent, support participants’ development dialogues in targeting a role and identifying the required development actions for this (e.g. mentoring, peer coaching, workshops or a secondment), and finally, ensure proactive matching to vacancies by reporting on agreed KPIs.

“Another key area of focus for us is to increase the number of female drivers in the business. Female drivers represent less than 1% of the overall driver pool, so it’s something we must focus on as an industry.”

Tier 1 aluminium supplier and recycler, Novelis operates its Women in Novelis (WiN) initiative that aims to support the professional contributions of its female employees globally. It has also actively sought to raise the profile of the sector as an attractive path with a range of career options. For example, it has run workshops to discuss how to best “attract, engage, retain and advance women at the company.”

Jaguar Land Rover has stated that women make up around 12.7% of its engineering workforce and has taken steps to encourage greater numbers, including creation of its Women In Engineering scheme. The programme encourages female engineering undergraduates to take part in a unique training course as part of a placement with the potential for a future career within the company.

“We hope to inspire the female engineers of tomorrow, because we believe that a diverse and inclusive team is essential for the creation of innovative, pioneering products that will meet the changing needs of our global customers,” said executive director of product engineering at JLR, Nick Rogers.

It is an approach that has been mirrored by manufacturers such as Ford and Vauxhall, who are both rapidly developing their CV fleets as the demand for electrified light commercials rises. Both have run initiatives designed to inspire the next generation of female engineers, including open days at manufacturing plants for colleges and schools.

According to Vauxhall, its initiative to open its Luton plant to female students from local senior schools “seeks to raise the profile of women in engineering and celebrate their achievements, while encouraging female students to consider careers in manufacturing and engineering.”

Similarly, Ford has welcomed female students into its Dunton Technical Centre to provide insight into the diverse opportunities brought through STEM subjects. “This is a crucial time in their education as they make decisions that could open or close their career paths,” said Alexandra Walker, powertrain quality manager. “We want to show the girls just how diverse and rewarding careers in STEM and, in particular, engineering can be, and give them a taste of what it’s like to be Ford engineer.” 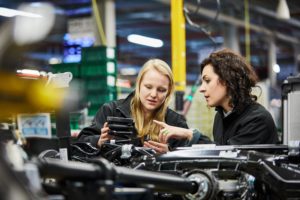 The continuation of similar schemes and initiatives is vital to fill the skills gaps within the CV sector. In support, DHL’s Lindsay Bridges states, “We recognise that if we want to create long-term change to the future management profile we need to bring in more diversity with recruits at the start of their career. This year, 48% of our new starters on the Future Leader Graduate Programme in September were female.”

As International Women’s Day concludes, there is no room for complacency. The World Economic Forum claims that “none of us will see gender parity in our lifetimes, and nor likely will many of our children. Gender parity will not be attained for almost a century.”