The Biden Administration: Turning the page and re-charging the race to electrify

Political drama aside, the regulatory uncertainty over the last four years has often left US automotive players guessing. However, make no mistake, American companies have not sat idly on their ICEs. Legacy manufacturers and new players alike have continued to build momentum in the EV race. Incoming models such as the Ford Mustang Mach-E, GMC Hummer, Cadillac Lyriq, and Tesla Model Y are gaining fanfare, whilst newcomers such as Lucid, Rivian and Lordstown will also make notable splashes. The industry may never look back as President Biden’s unabashed climate action ambitions will only further catalyse adoption of advanced technologies. 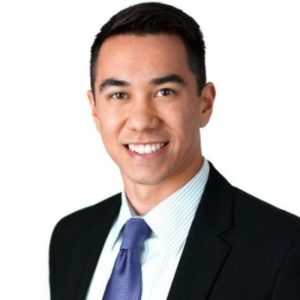 It is worth highlighting key themes and possible implications for the UK as we enter this extraordinary season.

The Trump Administration’s scaling back of emissions standards created a looming uncertainty amongst OEMs and suppliers. After re-joining the Paris Climate Agreement on his first day in office, President Biden demonstrated his urgent intention to tackle carbon emissions.

Likely moves include strengthening emissions and fuel economy standards, ramping up funding of battery R&D, implementing federal EV tax credits and consumer rebates. President Biden also aims to install up to 500,000 charging stations by the end of the decade to enable coast-to-coast travel. Beyond passenger vehicles, the President is keen to incentivise the adoption of EV fleets. He has even spoken of plans to convert nearly 500,000 school buses to battery power.

These initiatives will create opportunities for UK companies with expertise in battery design and EV components. As manufacturers retool their production lines, there will also be an urgent need for manufacturing technologies that enable lower cost and higher volume production. Finally, there will be increasing demand for solutions to help improve the total costs of ownership of EV fleets.

The President’s nominee for Secretary of Transportation, Mayor Pete Buttigieg, wants to modernise regulations to ensure US leadership in AV development. He also unequivocally emphasised safety is at the heart of the Department of Transportation’s mission. Therefore, the new Administration will likely develop a more cohesive national regulatory framework. Building on the work of the outgoing DOT leadership, early examples of reform may include new rules for driverless delivery vehicles and safety exemptions for automated passenger vehicles, such as rules around steering wheels.

Given the notable emphasis on safety, the short term commercial opportunities will continue to revolve around adopting new Advanced Driver Assistance Systems.

Despite his affinity for Corvettes, President Biden is an evangelist for trains, having travelled an estimated 2 million miles on Amtrak over his political career. Mayor Pete also suggested the US has become too “auto-centric”, emphasising “complete streets” need to be designed to enable safer interaction between all transportation modes. This multi-modal approach will be used to foster equitable access to economic opportunity and growth, not too dissimilar from the UK’s Levelling Up aims.

There will be a growing appetite for data driven solutions that enable safe, accessible and efficient transit, which will open the door for UK mobility experts to contribute.

As a proponent of Buy America stipulations, President Biden is committed to securing American manufacturing jobs. However, he will likely take a more traditional approach to international trade than his predecessor. It is unclear if the President will prioritise the UK over solidifying trade relationships with other regions. This will make it unlikely a UK-US FTA will be completed before July 2021, after which additional Congressional procedures come into play. Fortunately, there is bipartisan support for a UK-US trade agreement and both sides of the pond favour striking a strong deal rather than a quick deal.

As the national picture develops, UK companies can continue to target the US as states such as Arizona, Kentucky, Michigan, Ohio, South Carolina, Tennessee and Texas offer support mechanisms to companies looking to gain a US foothold.

What this means for the UK

Rather than pursuing innovation for the sake of it, I admire the way UK companies develop real-world solutions. This may be the perfect time to bring such solutions to the American market as US and UK climate action ambitions converge. Nonetheless, succeeding in the US will always take significant time and effort. The team at the Department for International Trade, in partnership with our colleagues at SMMT, stand at the ready to support you in promoting the future of transport on both sides of the pond. We look forward to connecting with you soon.

To find out more on President Joe Biden’s administration policy implications for the automotive sector and trade with the UK, listen back to our webinar.