Join the UK-Canada Trade Summit on 24 June to hear more from APMA.

As UK automotive companies look for international expansion they need to take a close look at opportunities in Canada to access the North American market.

For the better part of 100 years, Canada has forged a prominent place in the foundation of the North American auto industry. Ontario is home to a significant OEM investment with Toyota, Honda, Ford, GM and Stellantis altogether assembling approximately 2 million vehicles per year. On a sub-national level, Ontario is the only region home to 5 OEMs and is second only to Michigan in the number of vehicles produced annually.

A key reason behind OEM investment in Canada is the strength and diversity of the parts suppliers. Canada’s Automotive Parts Manufacturers’ Association (APMA) represents over 90% of all independent parts produced by the over 100,000 skilled women and men employed in this sector. In total, the auto parts industry represents more than $30 billion in annual sales and is Canada’s largest advanced manufacturing sector.

The North American auto parts market will expand significantly because of the new Canada-US-Mexico Free Trade Agreement (CUSMA). Officially having commenced on July 1st, 2020, CUSMA presents an estimated $6-$8 billion in new business opportunities for auto suppliers in Canada. Its strong traditional automotive foundation combined with a significant tech sector provides a great platform for Canadian-based business to take advantage of this future growth.

And the future of Canadian automotive is sustainable and electric. Despite the world facing a pandemic, 2020 was a big year for EV announcements in Canada. In January 2020, the APMA launched Project Arrow, the first all-Canadian designed and built zero-emission EV concept vehicle, a lighthouse project that will showcase the innovations and strengths of Canada’s automotive and EV battery supply chains. To date Project Arrow has attracted the interest of over 300 auto suppliers, battery component manufacturers and tech companies from across the country. Following soon after the APMA’s Project Arrow, Ford, GM and Stellantis collectively announced nearly $4 billion in investments to bring EV and battery production to Ontario.

The pace of EV and battery investment in Canada has continued to accelerate in 2021. The Federal, Ontario and Quebec Governments all delivered budgets with policies and funding programs to support these areas. The Federal Government announced an additional $5 billion in investment to its Net Zero Accelerator Fund (now totalling $8 billion) and a 50% reduction to the general corporate and small business income tax rates for businesses that manufacture zero-emission technologies. The Ontario Government also announced plans to build off its $80 million Autonomous Vehicle Innovation Network launched in 2017 by investing another $56 million to support its EV and battery tech development. Not to be outdone by their neighbours in Ontario, the Province of Quebec has received its own major battery announcements too. Lion Electric and VoltaXplore (a JV between Global Tier 1 Martinrea International and graphene startup NanoXplore) will be opening battery production in Quebec.

For UK companies to better understand how to access support services and funding opportunities to grow their businesses in Canada they should connect with officials at both Invest in Canada and Canada’s Trade Commissioner Service. The APMA and its members have benefited by working closely with these officials and utilizing their agencies’ services and recommend them without hesitation. 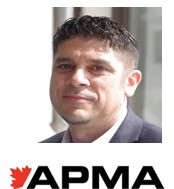