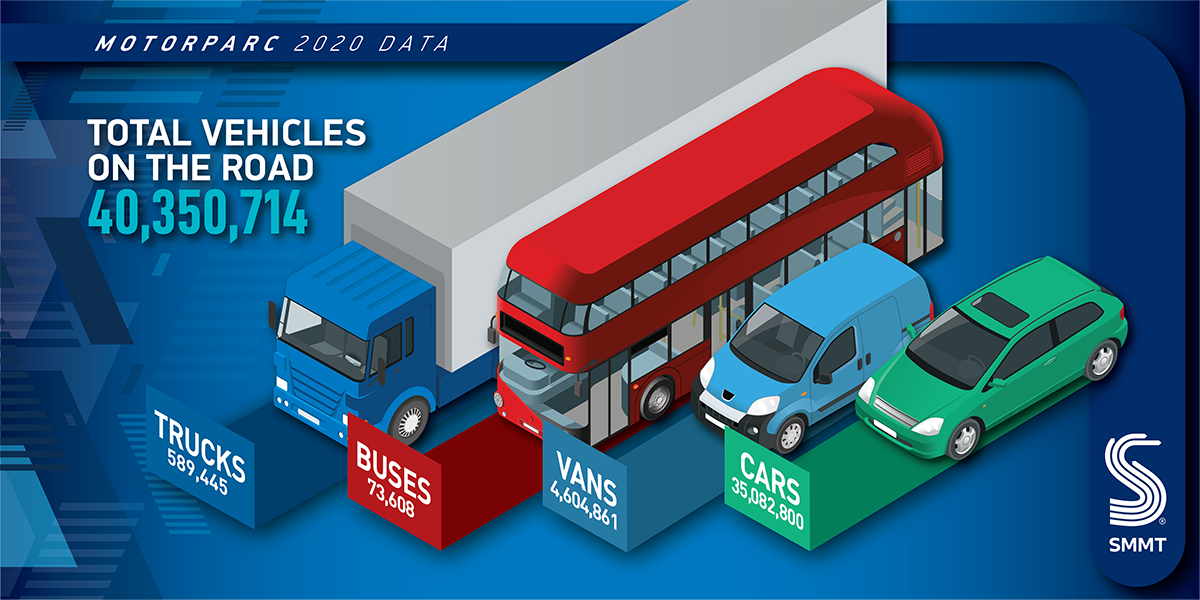 Commercial vehicles now account for 13.1% of all vehicles on the road in Britain – the highest recorded this century, according to new figures released by the Society of Motor Manufacturers and Traders (SMMT).

Truck numbers declined by -3.1% to return to levels last recorded in 2015, while bus and coach units are at their lowest since records began, a consequence of the significant drop in passenger numbers caused by the pandemic. More positively, vans recorded their 11th year of consecutive growth, increasing by 1.7% year-on-year as an upsurge in home delivery and construction stimulated demand. Many of these vehicles have also been instrumental in supporting the nation during the pandemic, providing support to the NHS, and delivering food and goods across Britain.

The average age of commercial vehicles has also increased, with significant implications for emissions targets and air quality goals. The average van is now just under eight years old, with a considerable number of older vehicles still in operation – including around 725,000 that were first registered in 2005 or earlier.
Meanwhile, at 7.4 years old, the average truck would predate the introduction of Euro VI, meaning they would be fined for entering the London Ultra Low Emission Zone,the Bath Clean Air Zone and, from next month, would also incur penalties in Birmingham. Buses, meanwhile, are now, on average, more than a decade old.
Manufacturers have invested massively to provide a wide range of vehicles with a variety of fuel options – meaning operators are spoiled for choice when renewing their fleet. 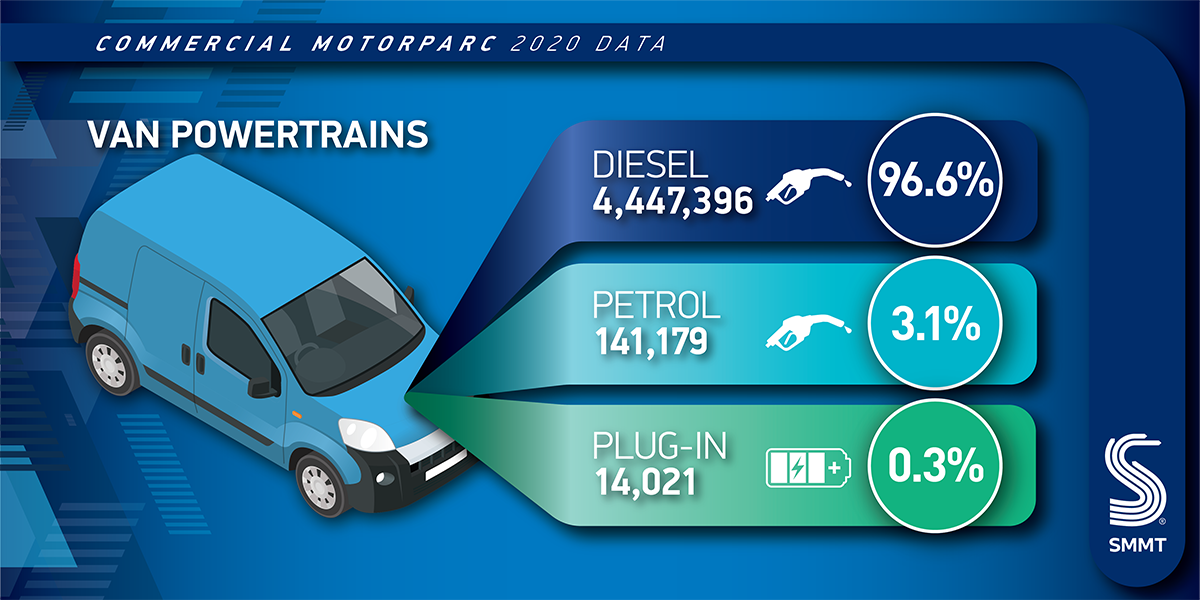 With the end of sale of new petrol and diesel vans scheduled for 2030, plug-in van uptake continues to grow but remains far lower than that experienced in the car market. There are now 14,021 battery electric (BEV) and plug-in hybrid (PHEV) vans in service, accounting for 0.3% of all operational vans – four times lower than the proportion of BEV and PHEV cars. Based on the SMMT data, Slough is Britain’s zero-emission van capital, having both the highest percentage of electrified van registrations (2.2%) and the highest total number (2,087). 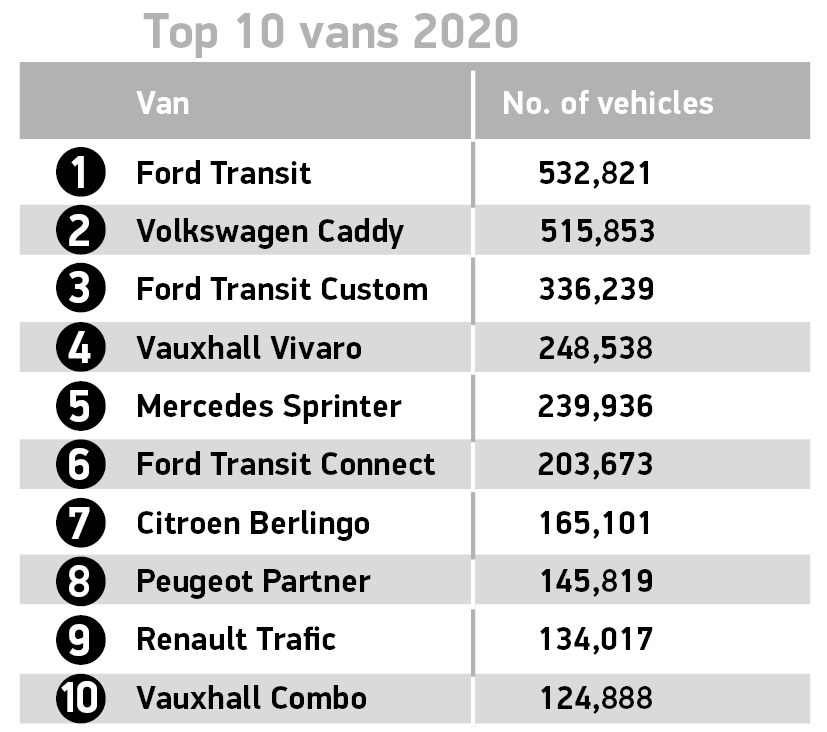 The past year has highlighted how much Britain relies on its commercial vehicle parc. With less than nine years to go until the end of sale of new petrol and diesel vans, much needs to be done to avoid a long fossil fuel hangover from operators resisting the switch. Fleet renewal must be a high priority for the commercial vehicle sector and the government’s Bus Back Better strategy must be implemented immediately to reverse the decline in bus operations.