Tennessee is known for its music, so it’s no surprise that the last few months have been all about ‘records’. Record levels of job numbers and record-breaking levels of investment in an already strong automotive sector as the state becomes a leading player in electrification.

With three OEMs (GM, Nissan and VW) and more than 900 suppliers, Tennessee has an automotive workforce of 120,000 making it number one in the Southeast US. Being ideally located at the crossroads of the East Coast, MidWest and South, more than 60% of the US population can be reached in a day’s drive from Tennessee.

In October 2020, General Motors announced plans to invest nearly $2 billion in its Tennessee plant to build electric vehicles, their first outside of Michigan. The investment builds on more than $2 billion that GM has already invested in the past decade in Spring Hill, near Nashville.

The GM investment was the largest ever investment announcement in Tennessee’s history, but it’s a record that lasted only a few months! In April 2021, GM and LG Energy Solutions announced a $2.3 billion investment in a battery manufacturing site creating another 1,300 jobs.

GM’s big news arrived only a couple of months after Volkswagen unveiled expansion plans in Chattanooga to add the manufacture of EV cells and battery packs. In early 2019, VW had committed to an $800 million, 1,000-job investment for its new electric SUV, the ID.4 (voted World Car of the Year 2021). A number of European suppliers like Gestamp and Grupo Sese are building facilities nearby and elsewhere in the state, Denso and Mahle have invested in new facilities.

Tennessee’s electric revolution was pioneered by Nissan who have been producing the all-electric Leaf since 2013 at their Smyrna headquarters, the most productive car plant in North America. The plant, which was opened a couple of years before their Sunderland factory, currently makes 640,000 vehicles each year. Together with an additional powertrain facility in Decherd, Nissan today employs more than 8,000 people in Tennessee.

Electrification is a key component of President Biden’s climate plan, which calls for the United States to cut emissions by 50% from 2005 levels by 2030. Analysts predict 10% of the 17 million new autos sold annually in the US will be electric vehicles by 2025, and over 30% by 2035. With EVs only accounting for around 2% of the new car market, there are phenomenal growth opportunities, especially across commercial vehicles with fleets such as school buses and delivery vehicles. Tennessee is a major logistics hub, with the busiest cargo airport in the world at Memphis, where locally-headquartered FedEx has said that their 200,000 vehicles will be carbon neutral by 2040.

Tennessee is investing in new workforce and training initiatives to support future manufacturing and is providing support and incentives for incoming companies. A wealth of free, professional and confidential advice is available to help you with your North American plans. There’s no substitute for seeing things first-hand and we’d love to show you around soon, but in the meantime, here’s a couple of videos that give a flavour of Tennessee. 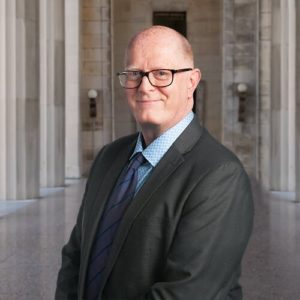 Adam Breeze is the Manchester-based UK Director for the Tennessee Department of Economic and Community Development. He works closely with SMMT and is advising a number of companies on their US expansions. Adam can be contacted at: