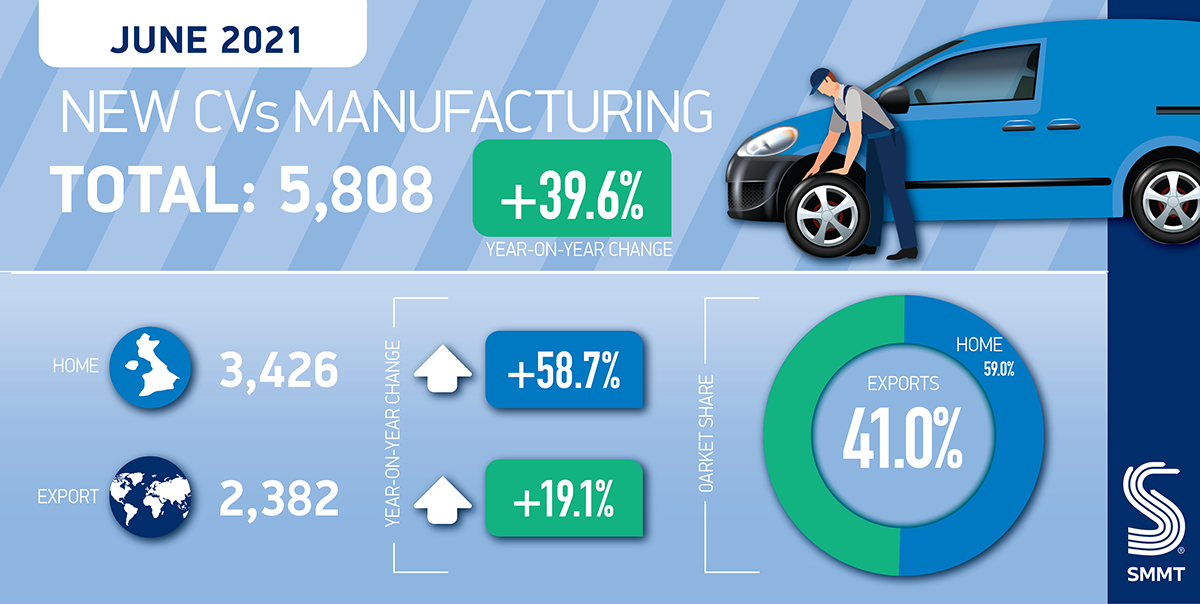 UK commercial vehicle (CV) production grew to 5,808 units in June according to the latest figures released today by the Society of Motor Manufacturers and Traders (SMMT). Production increased 39.6% compared to the same month in 2020, when many plants were operating at reduced capacity because of pandemic restrictions. 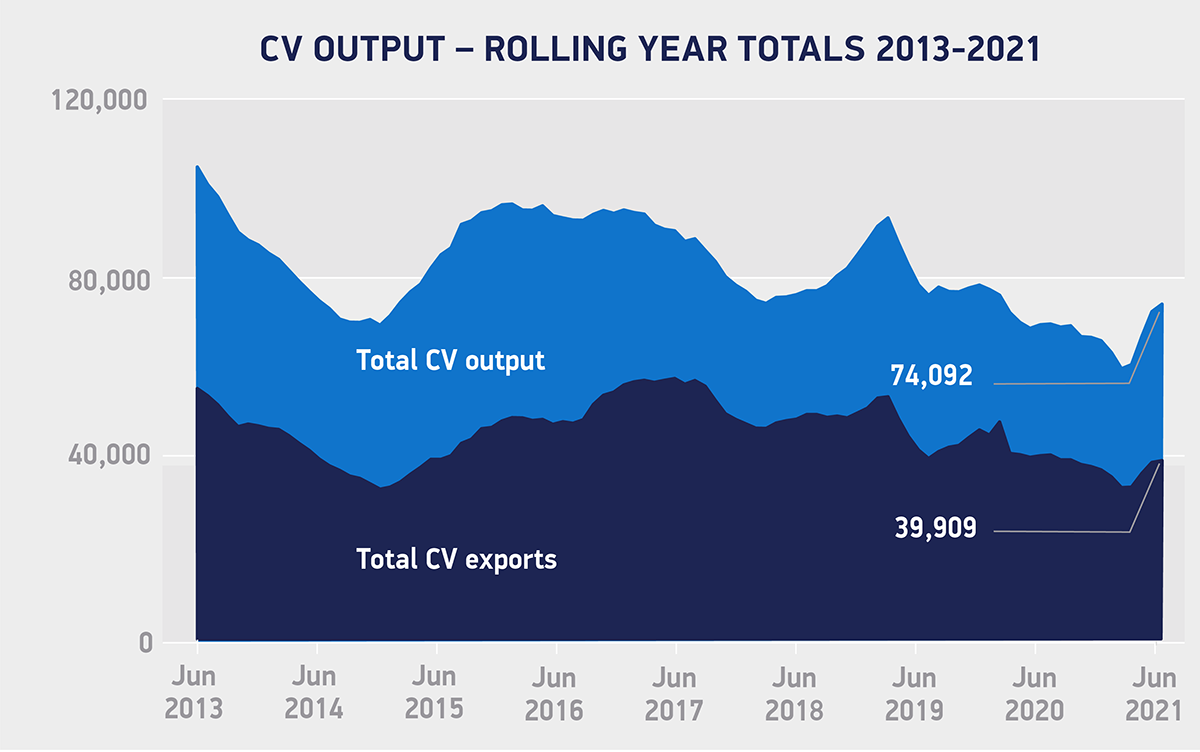 However, overall production for the first half of the year rests at -20.9% below the average recorded over the previous five years, as production was impacted by a prolonged UK-wide lockdown from January to March, and on-going shortages within the supply chain and workers increasingly requiring to self-isolate.

Exports of commercial vehicles over the year to date fell to 48.1% of production, down from 57.4% over the average recorded before the pandemic. Overseas markets underwent their own Covid-related restrictions, affecting business confidence, but domestic demand increased in support of the UK’s economic recovery.

After a tough start to the year, commercial vehicle production is steadily recovering against a backdrop of increased demand, but still remains short of previous years. The shortage of semiconductors continues to impact on output, and the sector faces a significant challenge as increasing numbers of workers find themselves being asked to self-isolate. However, van production levels remain strong, and recent long-term investment announcements will ensure the UK retains a healthy commercial vehicle manufacturing sector.