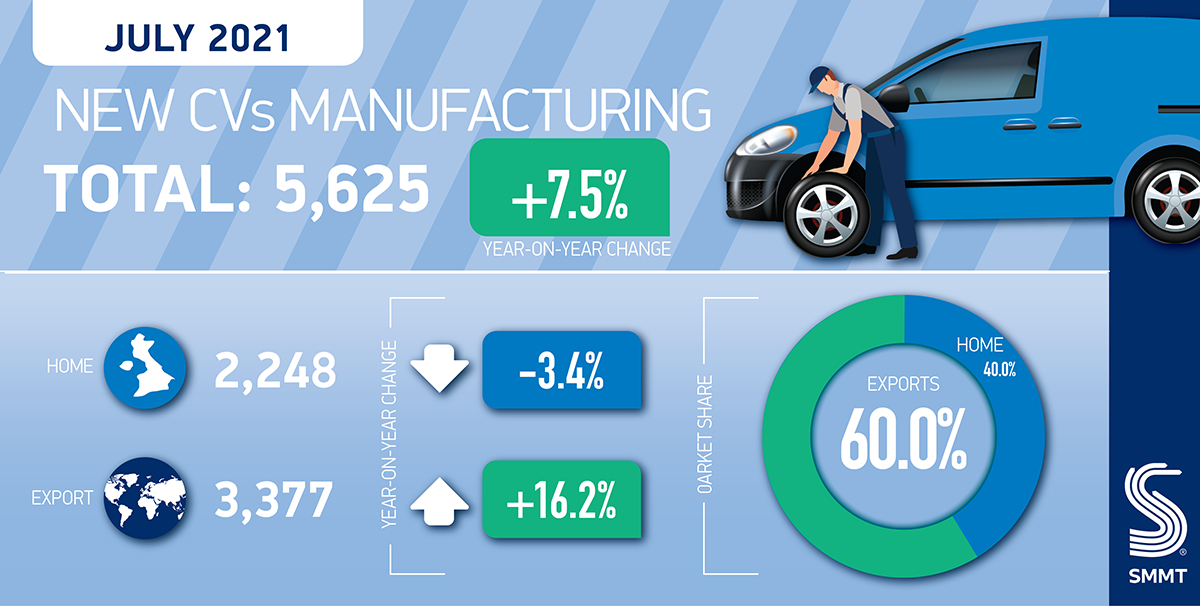 UK commercial vehicle (CV) production grew to 5,625 units in July according to the latest figures released today by the Society of Motor Manufacturers and Traders (SMMT). Production increased for the fifth consecutive month, growing by 7.5% compared to the same month in 2020 when production lines were running at a reduced capacity due to social distancing measures and dwindling order numbers due to low business confidence.

Despite the apparent positivity, production over the year-to-date remains -21.3% below the average for the five years pre-Covid, with supply shortages of semi-conductor chips and an increase in the numbers of workers who have been required to self-isolate impacting volumes.

Production for overseas markets increased by 16.2% during the month, raising the export share by almost five percentage points to 60.0% of all CVs bound for international shores. Nevertheless, over the course of the year export share has decreased to 49.7% (from 55.1% in 2020) as demand from home has outpaced that from abroad. 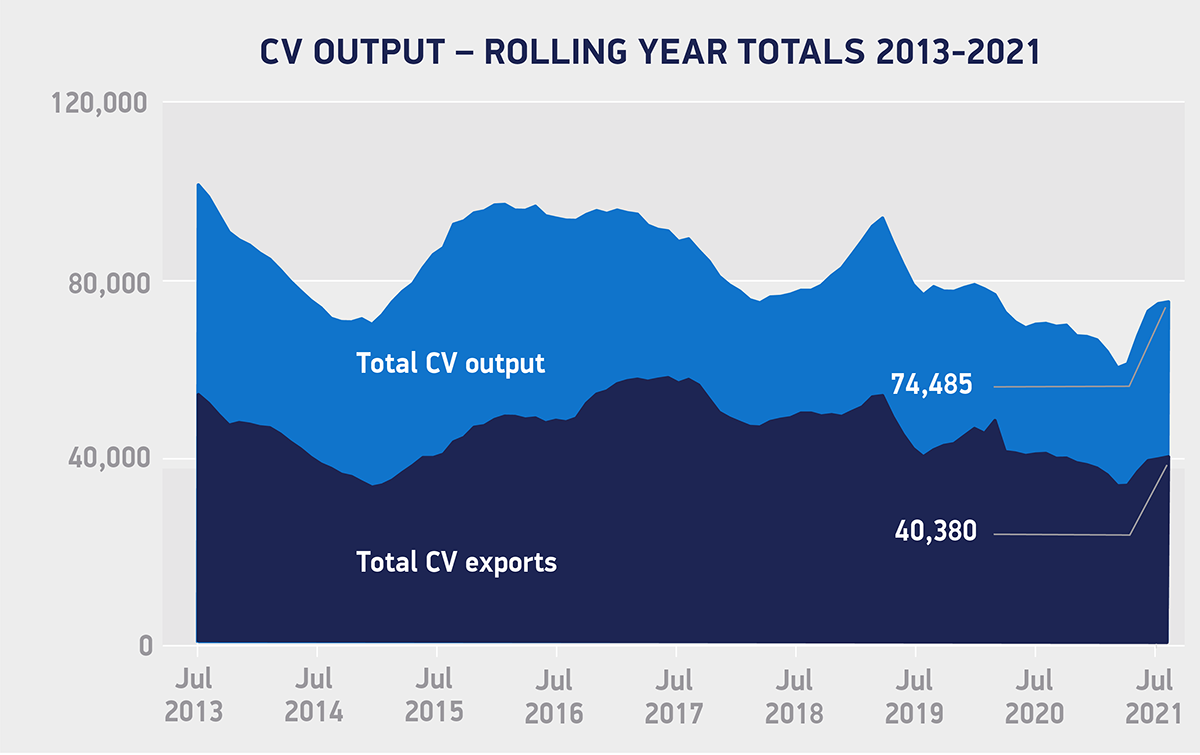 The commercial vehicle sector is continuing its steady recovery having recorded another month of consecutive growth in July. While the number of workers required to self-isolate should begin to lessen with rule changes from 16 August, significant headwinds remain surrounding the shortage of semiconductors. As manufacturers continue to invest heavily in new zero emission capabilities that support operator and driver needs, the pace of this transformation will help to ensure that the UK solidifies its status as an attractive and competitive destination for commercial vehicle manufacturing.