UK car production fell -27.0% in August, the second consecutive month of decline, with 37,246 cars manufactured, according to the latest figures released today by the Society of Motor Manufacturers and Traders (SMMT). Output was affected by the continuing global shortage of semiconductors leading to production stoppages, as well as the timing and length of some manufacturers’ summer factory shutdowns.

Despite the challenges, production of the latest battery electric (BEV), plug-in hybrid (PHEV) and hybrid (HEV) cars surged to a new high, representing more than a quarter (27.6%) of all cars made, equivalent to 10,274 units.1 It means UK car factories have turned out 137,031 alternatively fuelled cars since January, 51,679 more than the same period in 2020.2

While manufacturing for the UK market increased 3.3% in the month, the rise was equivalent to just 255 additional units and exports fell dramatically, down -32.5%. 29,200 cars were shipped overseas, with the decline driven by falling exports to faraway markets including Australia, the US and China down -74.9%, -65.7% and -58.7% respectively. Exports to the EU held up better, down -4.9%, accounting for almost seven in every 10 cars exported in August. 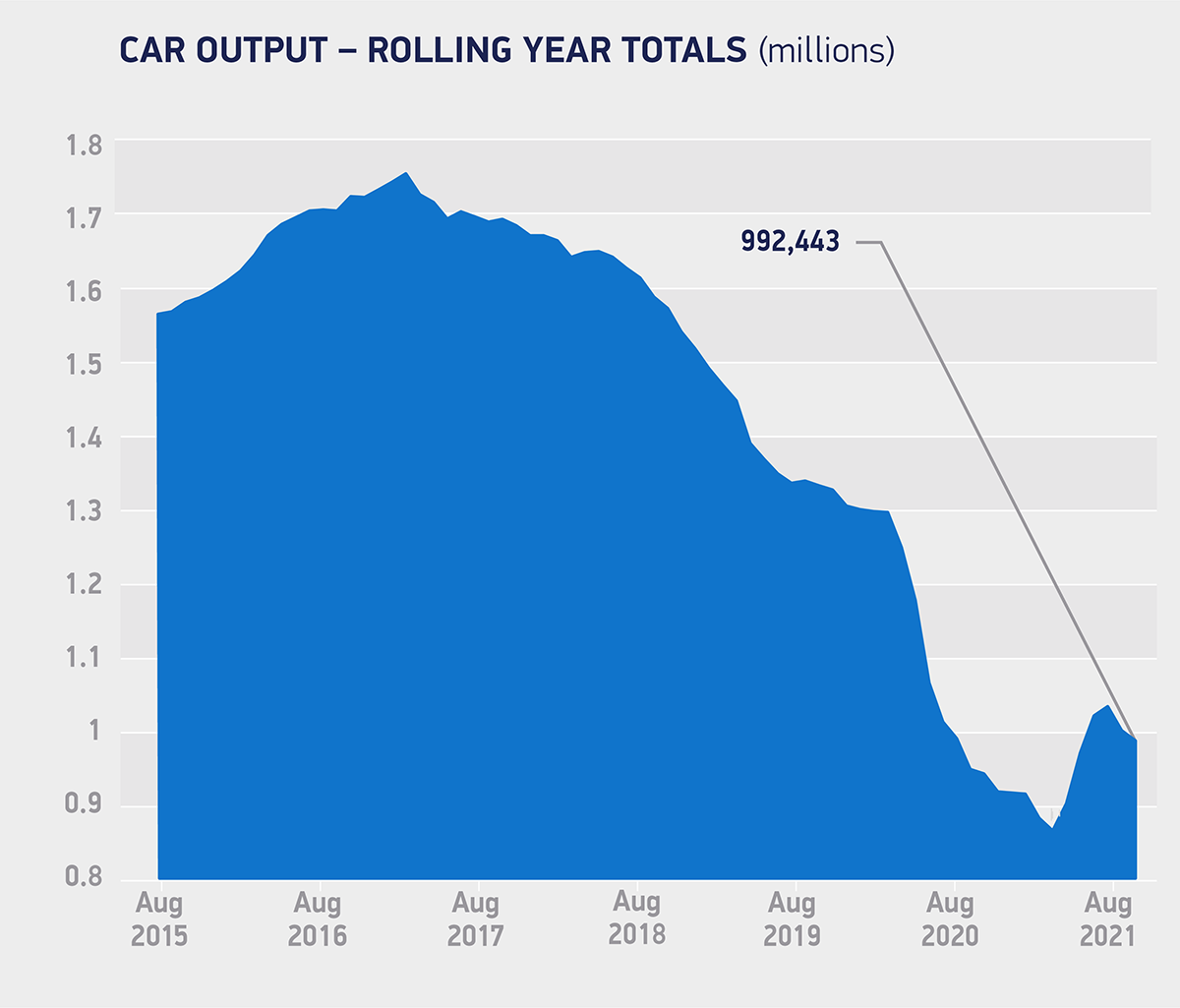 Another significant decline for UK car production is extremely worrying both for the sector and its many thousands of workers nationwide. While not the only factor at play, the impact of the semiconductor shortage on manufacturing cannot be overstated. Carmakers and their suppliers are battling to keep production lines rolling with constraints expected to continue well into 2022 and possibly beyond.

Job support schemes such as furlough have proven such a lifeline to automotive businesses yet its cessation today comes at the worst time, with the industry still facing Covid-related stoppages which are damaging the sector and threatening the supply chain in particular. Other countries have extended their support; we need the UK to do likewise.