UK commercial vehicle (CV) production increased to 7,799 units in September, according to the latest figures released today by the Society of Motor Manufacturers and Traders (SMMT). After production declined by over a third (-35.1%) in August, September saw a modest increase of 1.8% compared to a strong September 2020 when production volumes were driven by the fulfilment of several large fleet orders.

Over the year-to-date, production of CVs in 2021 has increased by 15.4%. However, this is on a weak 2020 and output remains down by almost a fifth (-19.5%) against the pre-Covid five-year average. This reflects the ongoing impacts of the the semiconductor shortage, itself due in large part to the global coronavirus pandemic which constrained semiconductor output in many factories around the world.

The increase in output of CVs in September was driven by domestic demand increasing by 27.3%, meanwhile the number of CVs produced for overseas markets declined by -12.4%. Over the course of the year, export share has fallen from 56.3% to 51.5% of production as output for the home market has outpaced that for overseas markets. 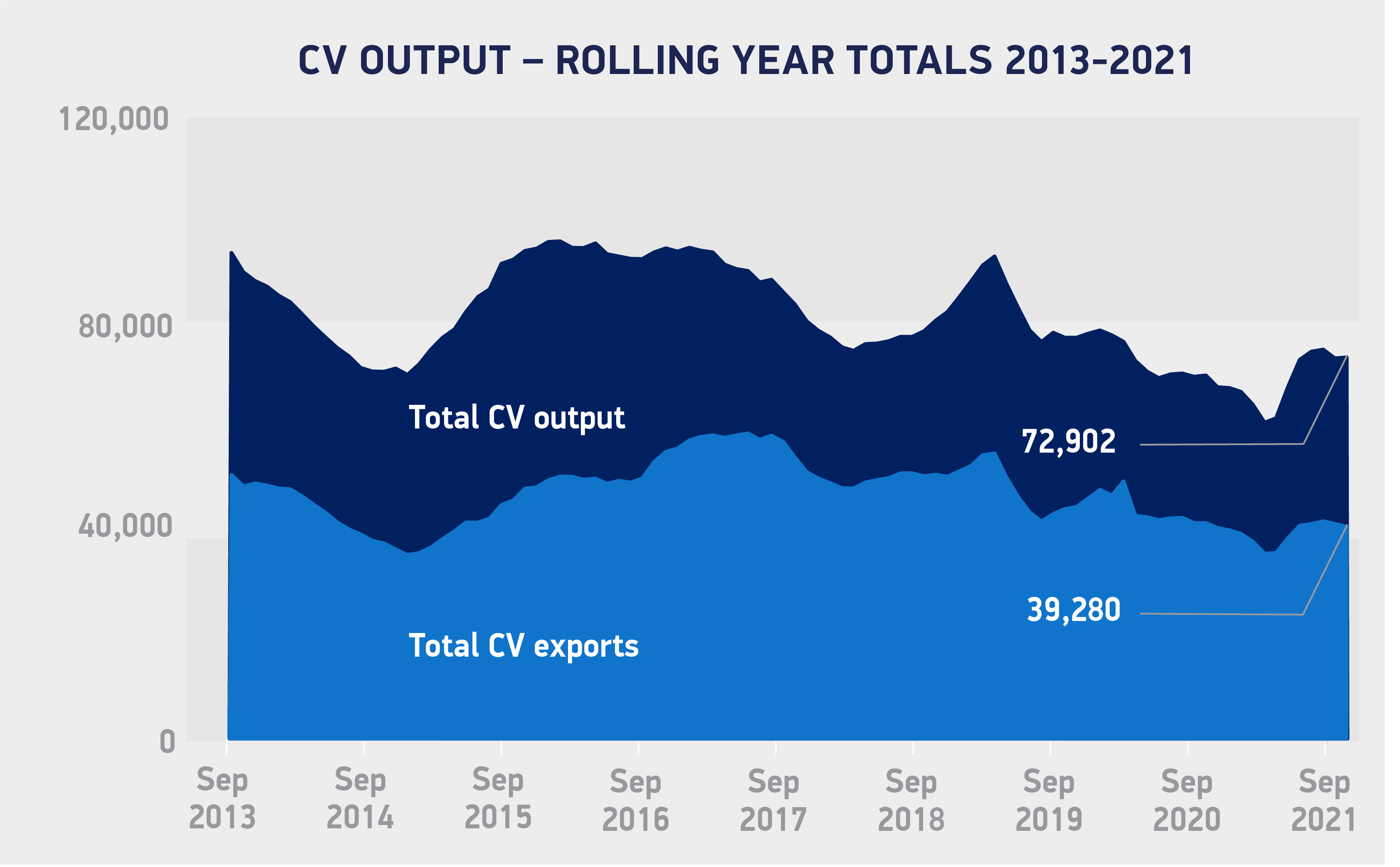 Following last month’s decline in commercial vehicle production, the industry is back on track in September. This is particularly good news when viewed in context against last September, which was a strong month given the fulfilment of several large fleet orders. The sector is not out of the woods yet, however, and it still continues to face challenges, primarily from the global shortage of semiconductors, which is set to continue into next year.